The Leopard Is Thrown A Lifeline 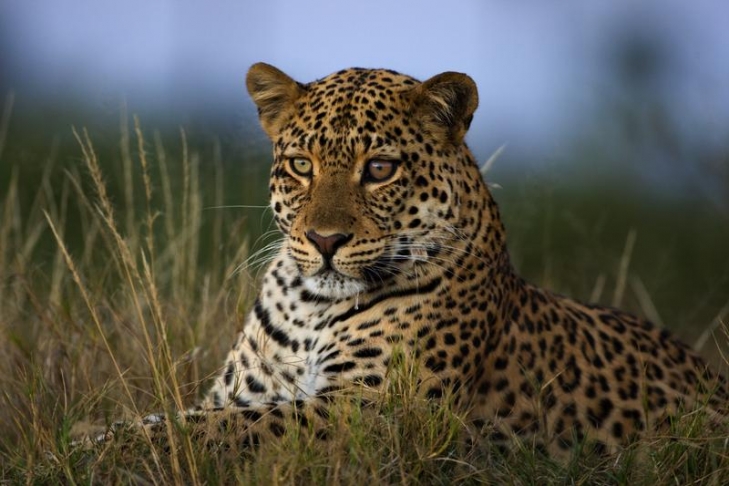 Supported by Cartier, Peace Parks Foundation and Panthera are working through Panthera’s Furs for Life Project to conserve the world’s most persecuted big cat – the leopard (often mistakenly called the panther). The leopard, an emblematic species of Africa, is revered around the world for its gorgeous spotted coat.

In southern Africa, leopard skins are coveted by members of the Nazareth Baptist ‘Shembe’ Church who wear the furs during religious celebrations and ceremonies. To reduce the hunting of leopards and the high demand for real leopard furs among the Shembe community, Panthera collaborated with digital designers and clothing companies to create a high-quality, durable and realistic fake leopard fur cape, known as an amambatha.

Respecting the cultural traditions of the Shembe, Panthera and Peace Parks Foundation are collaborating with church leaders to encourage their members to use these sustainable fake capes at religious ceremonies. To date, 5 800 fake leopard furs have been donated to Shembe members throughout South Africa. The infusion of Cartier’s generous contribution will allow Panthera and Peace Parks Foundation to significantly expand the Furs for Life Project and reduce the threat to wild leopards, with the goal of delivering approximately 18 000 fake furs by the close of 2017.

Peace Parks Foundation CEO, Werner Myburgh, shared, “We are extremely grateful to Cartier for their outstanding generosity and desire to help protect one of Africa’s most treasured animals. This new venture with Panthera will help to shape a better future for southern Africa’s magnificent leopards, and is at the heart of Peace Parks Foundation’s mission of protecting wildlife and enabling better co-existence between local communities and the animals with which they share their homes.”

Panthera’s president, Dr Luke Hunter, explained, “The Furs for Life Leopard Project has provided a highly innovative solution to one of the gravest threats facing leopards in southern Africa. Panthera identified this emerging threat through its long-term research in the KwaZulu-Natal province, and within a few years, we’ve identified a real solution which could actually save the regional leopard population. And it’s working. Thanks to the support of Cartier, Panthera and Peace Parks Foundation have the resources needed to stem leopard poaching and work with local communities to keep local traditions intact, and ensure a future for wild leopards.”

Panthera’s leopard programme director, Dr Guy Balme, shared “We’re really thrilled to see the expansion of this project – Peace Parks Foundation and Cartier are the perfect partners; Peace Parks in bringing their renowned expertise in transfrontier conservation to a problem which transcends international borders, and Cartier in recognising the value of their brand, and the need to protect their icon in the wild.”

Other initiatives supported through the expansion of the project include facilitating increased enforcement of laws regulating possession and trade of leopard skins in southern Africa; training and equipping local wildlife rangers to initiate leopard population surveys at key sites in South Africa, Mozambique and Swaziland; and establishing a conservation education programme among Shembe communities in northern KwaZulu-Natal.

Panthera, founded in 2006, is devoted exclusively to the conservation of wild cats and their ecosystems. Utilising the expertise of the world’s premier cat biologists, Panthera develops and implements global conservation strategies for the most imperilled large cats – tigers, lions, jaguars, snow leopards, cheetahs, cougars and leopards. Representing the most comprehensive effort of its kind, Panthera works in partnership with local and international NGOs, scientific institutions, local communities and governments around the globe. Visit Panthera and learn more about Panthera’s Project Pardus, the first global conservation initiative for wild leopards.

Another SEK10 Million From The Swedish Postcode Lottery!