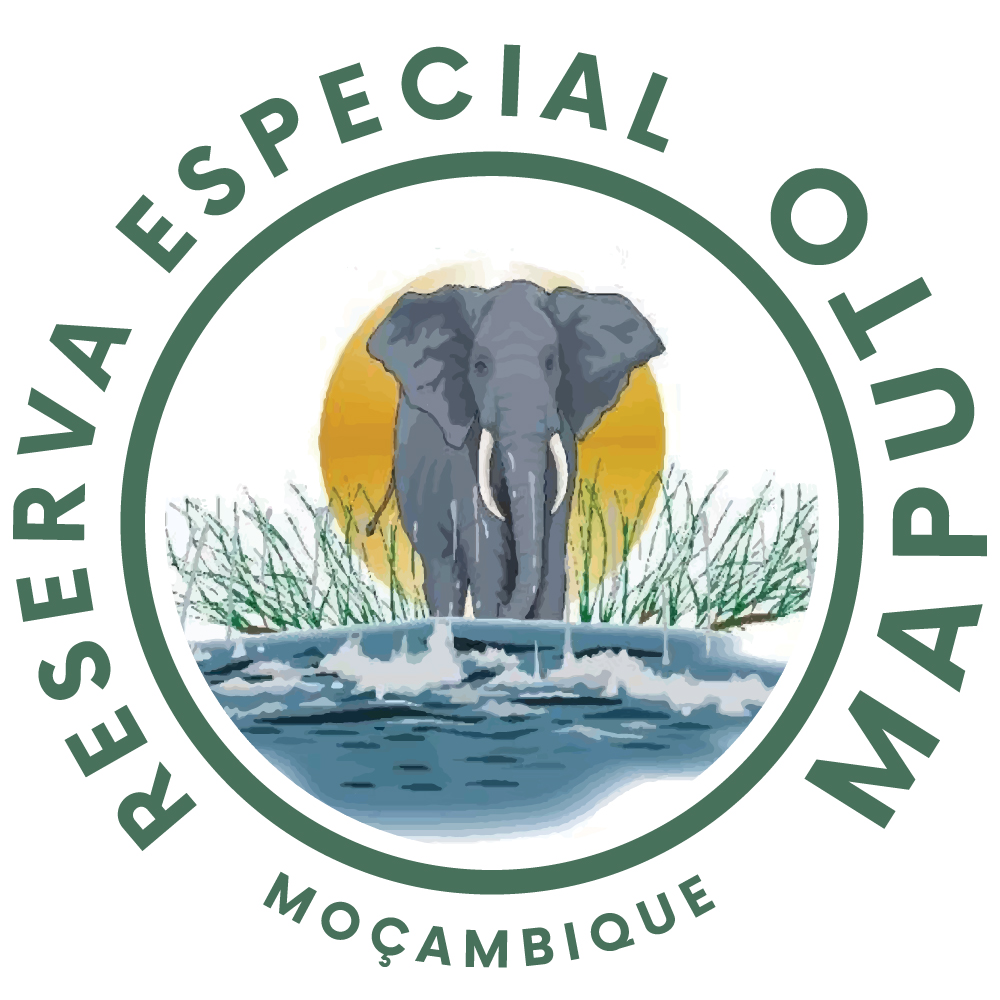 One of earth’s 36 biologically richest and most endangered ecoregions

Maputo Special Reserve is an essential component of the Lubombo Transfrontier Conservation and Resource Area as it enables linkages between a mosaic of marine, coastal and inland components with important conservation value and excellent potential for high-value tourism. The reserve combines lakes, wetlands, swamp forests, grasslands and mangrove forests with a pristine coastline that lies within the Maputaland Centre of Endemism.

Measuring just under 1 500 km², Maputo Special Reserve forms a central part of the Usuthu-Tembe-Futi TFCA that links the reserve up with Tembe Elephant Park in South Africa via the Futi Corridor. 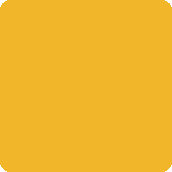 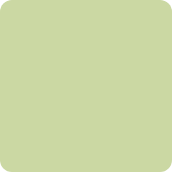 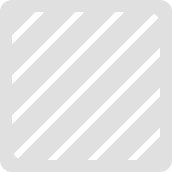 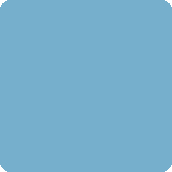 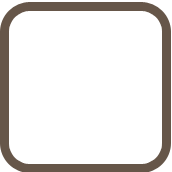 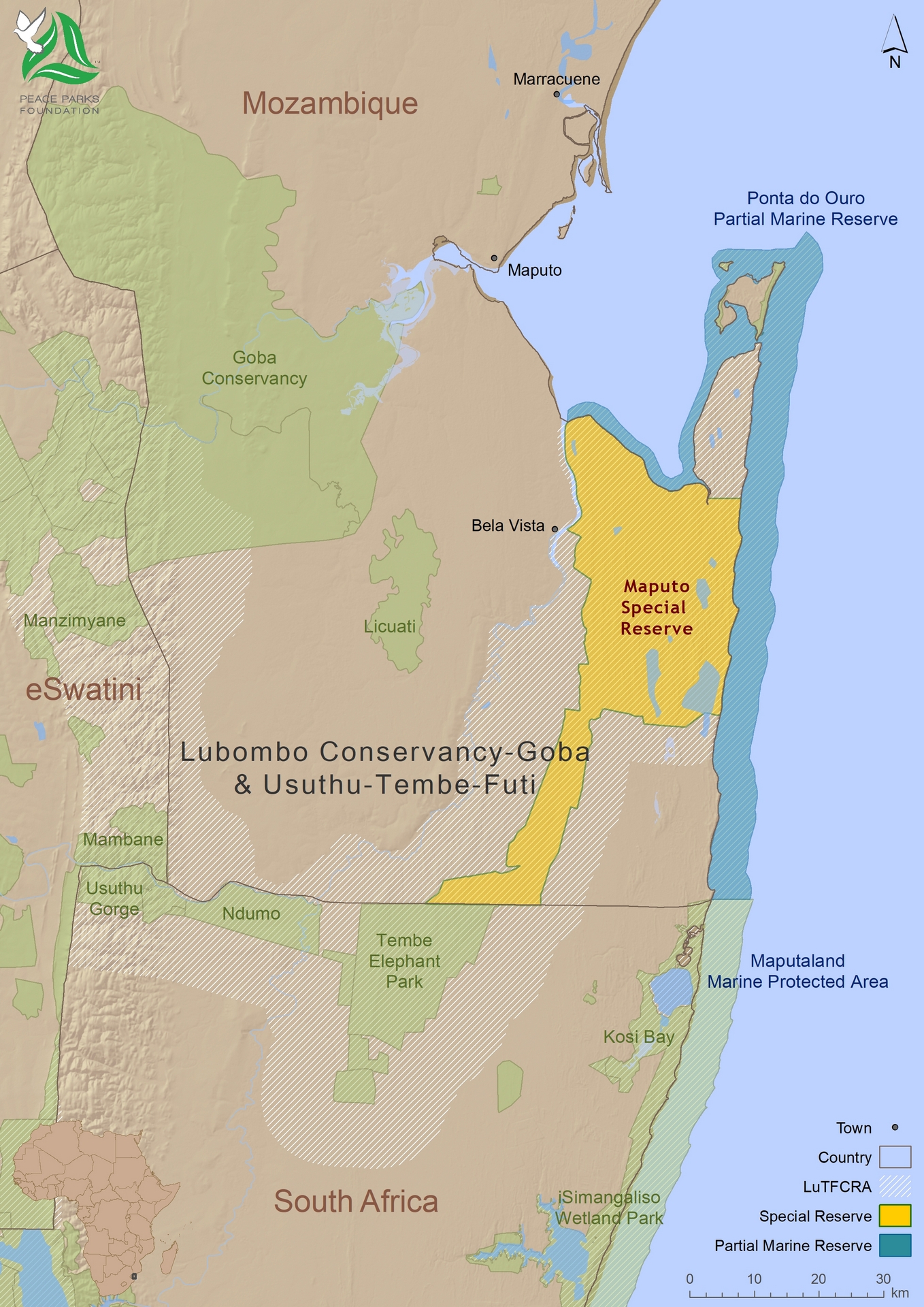 Peace Parks has been supporting the development of Maputo Special Reserve since 2002.

In 2018, we signed a partnership agreement with Mozambique’s National Administration of Conservation Areas (ANAC) to jointly develop Maputo Special and Ponta do Ouro Partial Marine reserve according to a strategic business plan, with Peace Parks providing technical and financial support for conservation and tourism development activities.

The Special Elephant Reserve was established in 1960 to protect the elephant population in the region. In 1969 it was renamed as “Reserva Especial do Maputo”, Maputo Special Rerserve, to highlight the conservation status beyond just elephants.

The naturally occurring elephant populations of KwaZulu-Natal and southern Mozambique historically moved freely across the border. However, during the Mozambican war (1975-1992) these elephants suffered greatly from setting off landmines and getting caught in snares set for smaller game. In a bid to safeguard them on the South African side, the northern border of Tembe Elephant Park was fenced in 1989. Unfortunately, this move cut the elephant population in half.

The remnant resident elephant population in Maputo Special Reserve were able to survive the civil war and are now flourishing, with the last game count revealing a population of over 400 elephants that graze in large herds on the open floodplains or explore the thick dune forests.

The establishment of the Lubombo Transfrontier Conservationa area is a cornerstone to reuniting these now fragmented elephant populations and open up old movement corridors, which includes those along the Futi system and Rio Maputo floodplains. In doing so the area available for elephant would dramatically increase – allowing access to the fertile Maputo River floodplain, and re-establishing traditional seasonal migrations between this area and the infertile sand forests.

On 14 June 2011 the Futi Corridor was proclaimed as an extension of Maputo Special Reserve, thereby expanding the reserve by 24 000 ha, and bringing us one step closer to restoring cross-border elephant movement.

In 2014, a joint operations strategy for Maputo Special Reserve and Tembe Elephant Park component was signed into force by the relevant authorities and approved by the Lubombo Commission. The strategy called for the formation of a park management committee, which was formally established in July 2014, and who meet regularly to collaborate on conservation, protection and development activities.

In 2010, the governments of Mozambique and South Africa, with support from Peace Parks Foundation, began a wildlife translocation programme to Maputo Special Reserve. The translocations reintroduce animals that were historically found in the area to enable the fast recovery and subsequent increase of the reserve’s wildlife populations. This is essential to developing the reserve as a tourist destination. By 2019, we had translocated more than 4600 animals into the park, including eight species that had became locally extinct during the country’s 16 years civil war. We are now beginning to see real and tangible results within a reserve thriving with wildlife.

The effective partnership between ANAC and Peace Parks resulted in rapid development taking place. New roads have increased access to the area and the recovery of wildlife through increased security and the reintroduction of more than 4000 animals, have, on the one side, enhanced the tourism offering significantly, but on the other, increased the risks associated with wildlife crime.

In an effort to mitigate these threats, a trained and well-equipped ranger force has been deployed in the reserve. Security teams are supported by a helicopter for rapid response and a digital radio system installed at the newly built operations room. Improved mobility and communication provides the ranger force with the tools needed to effectively safeguard this beautiful reserve.

In 2005 the Mozambican government appointed Peace Parks Foundation to provide assistance with a community development strategy that would bring about the sustainable economic development of communities living in and around Maputo Special Reserve and Ponta do Ouro Partial Marine Reserve through nature-based tourism and conservation enterprises. We currently execute this responsibility through two specific collaborative endeavours – the Community Development Facility and the Mozbio Project.

This programme focuses on bringing about sustainable economic development of and benefit-sharing by communities living in and around conservation areas.

In Mozambique, 20% of the revenue generated by government conservation areas is shared with communities living in and around parks and reserves. For this reason, tourism development is a core focus as growing the income generated through eco-tourism will directly benefit communities. Peace Parks, through the Community Development Facility, assisted beneficiaries to open bank accounts where they can safely receive these funds.

Currently, Peace Parks and ANAC are working towards developing additional tourism facilities that, together with existing concessions, will provide tourists with a wider cost and experiential offering. Accommodation options in the Reserve include Anvil Bay Lodge at Ponta Chemucane – a fully operational luxury ecotourism destination built in partnership with the local community, as well as Montebelo Milibangalala resort at Ponta Milibangalala, which is nearing completion. Further to this, park infrastructure, such as roads, signage and the entrance gate have all been upgraded to enhance the tourism experience of this magnificent park.

This pangolin received a second chance at living wild and free when Mozambique law-enforcement rescued...

Intensive conservation management and rewilding efforts, implemented through a partnership between the Mozambique Government and...

The return of the eland

This month, 21 of these magnificent antelopes leapt into their new home in Maputo Special...

ALL PPF DONORS AND PARTNERS