On 14 July 2009 the government of Mozambique took a significant step in protecting its coastline when it declared a 678 km² marine protected area, stretching from Ponta do Ouro in the south to the Maputo River Mouth in Maputo Bay in the north. The Ponta do Ouro Partial Marine Reserve stretches three nautical miles into the Indian Ocean and includes Inhaca Island and Portuguese Island.

The Marine Reserve has a rich diversity of marine life, including loggerhead and the leatherback turtles. Recent studies have shown that around 77% of the marine turtles monitored in Mozambique nest in the newly proclaimed Marine Reserve. It is thus the most important leatherback and loggerhead turtle nesting ground along the Mozambican coast.

In Mozambique these turtles are a protected species in terms of the Forests and Wildlife Regulations Act of 6 June 2002.

The loggerhead and leatherback turtles nest along the beaches between Ponta do Ouro and Inhaca Island from October to January, while hatching occurs from December to April each year.

To monitor and protect these endangered and critically endangered species, a marine turtle monitoring programme was established. Since December 2007, members of the Muvukuza community at Milibangalala and Ponta do Ouro have been trained as turtle monitors by the Assoçiação par Investigação Costeira e Marinha (Association for Coastal and Marine Research), Centro Terra Viva and Marine Reserve management, whereafter they are employed for the season.

The initiative also aims to raise awareness and improve understanding within the communities in an effort to further protect the turtles.

Throughout the season, stretching from October to April, Reserve management and turtle monitors undertake vehicle and foot patrols of the turtle nesting sites, the primary goal being to protect the nesting females and their eggs and also to monitor the number of nesting females.

In the course of these patrols, the monitors also collect data on the turtles, including how many of them have been tagged, the size of the animals (both width and length), whether they were laying eggs or not and, if the animals were not sighted, how many tracks there were. During the hatching stage, the monitors note the number of eggs hatched, the number not hatched and dead hatchlings.

Currently there are about 46 monitors assisting with the marine turtle monitoring. They are divided into groups of three and they walk about 20 km per night collecting data on the turtles. Their presence is considered vital for the protection of the turtles as no turtles have been poached since they started with their patrols.

The marine turtle monitoring programme not only monitors the nesting sites, but also collects genetic samples from both species in order to try and ascertain how many different genetic pools there are.

The existing data indicate that loggerhead numbers are increasing while leatherback numbers are stable. One of the possible reasons for this could be that the loggerheads nesting on the coastline come from more than one population and the leatherbacks probably from just one.

Using temperature loggers, the temperature at the depth of the average turtle nest is also measured. 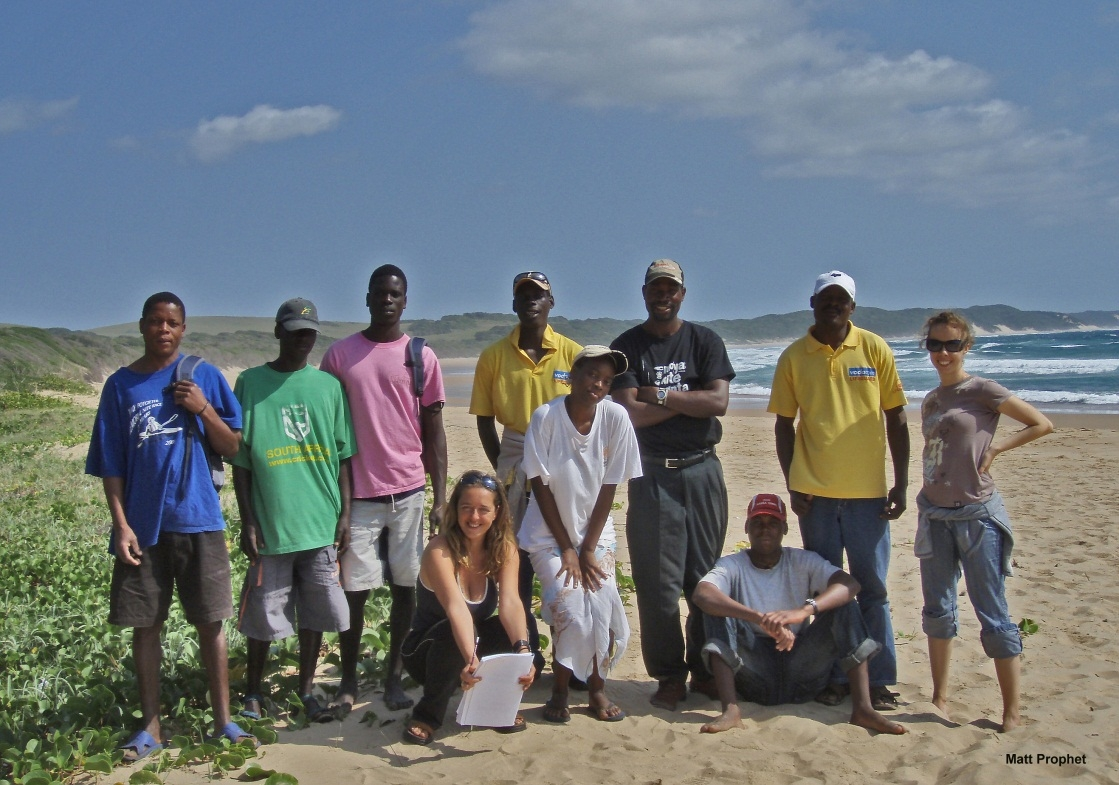 A number of organisations are actively supporting the protection of the turtles and the Marine Reserve management’s endeavours.

Centro Terra Viva are paying the salaries of 10 monitors, while Pierre Lombard and his family have been monitoring turtles for 17 years and are fervently assisting the Marine Reserve.

The Ponta do Ouro Partial Marine Reserve is part of the Ponta do Ouro-Kosi Bay TFCA, Africa’s first marine TFCA and part of the Lubombo TFCA. What makes the Marine Reserve’s turtle monitoring programme all the more exciting, is that it links up with the turtle monitoring programme across the border in South Africa that is now in its 50th season. Good news for turtles!

Thank you!
Thank you to the donors supporting the turtle monitoring programme and the development of the Ponta do Ouro Partial Marine Reserve:

The Leopard Is Thrown A Lifeline

The Society For Conservation GIS Scholarship