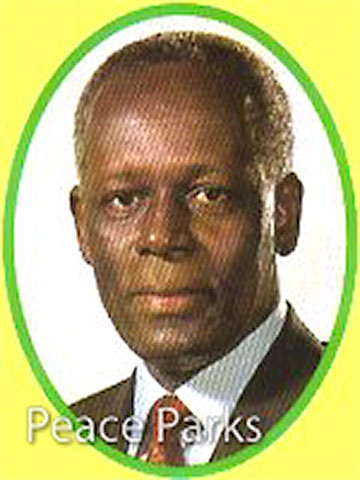 His Excellency Mr Jose Eduardo dos Santos, President of the Republic of Angola has honoured Peace Parks Foundation by agreeing to become an honorary patron. In accepting this, President Dos Santos said that the richness of fauna and flora in all of Angola, and especially in the border areas holds great potential for the development of peace parks and of eco-tourism in Angola, as well as in the entire southern Africa.