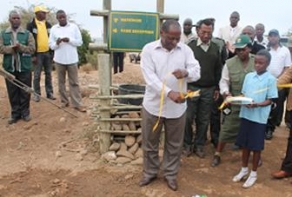 On 28 June 2013 the Governor of Gaza Province, Raimundo Diomba, inaugurated the new south-easten boundary fence at a ceremony held at Massinguir Gate. 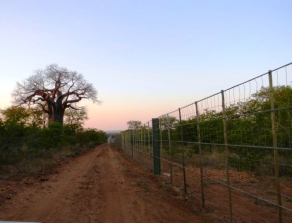 The fence runs a distance of 56km from Massingir Gate, which constitutes the south-western corner of the fence, to the Limpopo River. The fence forms a boundary between the park’s core zone and the south-eastern buffer zone. In support of conservation objectives, the fence will restrict access into the core zone of the park, while acting as a primary barrier against human wildlife conflict.

The fence is also aligned with the park’s ongoing resettlement programme. The majority of relocated communities are moving to the protected southeastern buffer zone, where the Shingwedzi, Elefantes and Limpopo rivers offer a continuation of the communities’ sustainable subsistence livelihoods. To date, the voluntary resettlement programme has relocated over 100 of the 1 200 families residing in the park’s core zone.