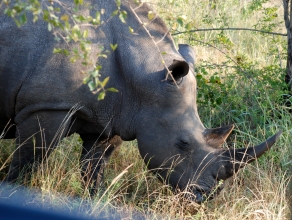 The Southern African Wildlife College has, with the support of Ezemvelo KZN Wildlife, been instrumental in developing the training materials and conducting the initial training of community rhino ambassadors drawn from local communities surrounding four of KwaZulu-Natal’s protected areas that have rhino populations.

The community rhino ambassador programme was initiated by Dr Bandile Mkhize, Chief Executive Officer of Ezemvelo KZN Wildlife, to raise a groundswell against the poaching of rhinos and to help spread the “save the rhino” message. Initially ten amakhosi (tribal leaders) living around Hluhluwe iMfolozi Park were approached in September 2012. The communities identified as the most critical for the initial launch of the programme included Mpukunyoni, Mdletsheni, Obuka, Mandlakazi, Zungu, Mlaba, Mhlana, Somopho, Matshamnyama and Mpembeni.

Driven by Ncami MaDlamini Khumalo, Manager: Community Conservation at Ezemvelo KZN Wildlife, the initiative has now further developed into an unprecedented mobilisation of local people living in the Ndumo, Tembe and Weenen areas. With the support of their elders, young people from these communities have also come forward and shown a willingness to protect the rhinos and game reserves in these areas. 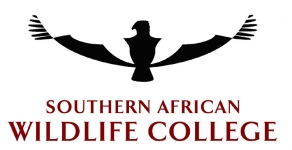 At the outset, the Southern African Wildlife College agreed to donate the time of senior trainer, Malcolm Douglas to train the first 100 rhino ambassadors at the Hluhluwe iMfolozi Park over a five-week period. Douglas then helped revise and develop the training manuals to ensure that the material was relevant to the training needed and to give the trainees an insight into the challenges facing conservation today and to rhino poaching more specifically. Learners were introduced to the value of conservation and how this relates to communities. Strategies for reducing poaching were also discussed during the training. 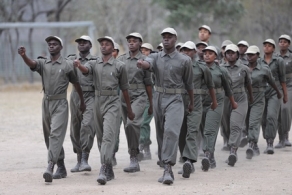 The community amakhosi were involved in the selection of the first group of youths that attended the training which helped ensure that the candidates selected were fully committed to the process. The top 20 learners in the first groups trained were then selected to undergo further training at the Southern African Wildlife College, which is based within the Limpopo province and forms part of a contractual park within the Kruger National Park. These students received more advanced field ranger training and have now been deployed into the field.

According to Induna Nhlangano Tembe, there has been a “big shift” in people’s attitude towards conservation. “Education has changed people’s thinking, especially us elders. More and more we understand what Ezemvelo is doing for us – not just in protecting rhino, but valuing our protected areas and what they mean to us as a community.”

The feedback received on the rhino ambassador programme has been overwhelmingly positive with an additional 300 people having been trained from the community in Ndumo, Tembe and Weenen. The training has also led to planned rhino poaching incursions being reported which has led to successful follow-up by conservation authorities.

South African National Parks is sponsoring a stipend for all 400 individuals for a period of three years, the contract will renewable on annual basis.

“There is no quick fix for the rhino poaching crisis which has escalated since the first major insurgence in rhino poaching in 2010. This initiative is however already making a difference and will continue to do so given the commitment shown by Ezemvelo KZN Wildlife and the community to protect their rhinos” said Douglas.

Issued on behalf of: The Southern African Wildlife College