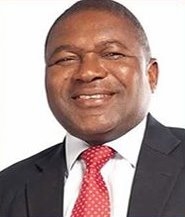 Peace Parks Foundation is very pleased to announce that President Filipe Nyusi of Mozambique has kindly agreed to become an honorary patron of the foundation and, in accepting, said that Mozambique is committed to the preservation of the environment and to the efficient and sustainable use of natural resources, while promoting the development of communities and of Mozambique, as well as the harmonius co-existence between man and nature.

CEO of Peace Parks Foundation, Werner Myburgh said: “Peace Parks Foundation has been working closely with the government of Mozambique on developing the Mozambican components of the Great Limpopo and Lubombo TFCAs and is therefore deeply honoured by the patronage of President Nyusi. It is thanks to the vision and the will of the heads of state of the Southern African Development Community (SADC) that TFCAs that are making a major contribution to the region’s conservation and sustainable economic development.”