On 25 August 2010 the the refurbished and upgraded Hans Hoheisen Wildlife Research Station was officially opened.

Management of the Research Station, built in the early 1980s on land donated by the late Mr Hans Hoheisen, was delegated to the Mpumalanga Tourism and Parks Agency in 2006. The refurbishment and upgrading of the facility (that will be done in phases determined by available funding) is in accordance with a Memorandum of Understanding signed on 22 June 2009 by the Mpumalanga Tourism and Parks Agency, Peace Parks Foundation and the University of Pretoria, with the intention of supporting research of an international standard.

The Research Station will serve as a dedicated research platform allowing local and international researchers to conduct experimental work focused on animal diseases and animal related issues at the transboundary interface between wildlife, livestock, and humans. Research conducted here will assist in maintaining Southern Africa’s competitive advantage in eco-tourism.

Once the refurbishment is complete, the Research Station will provide excellent amenities and equipment to support wide-ranging research, including work that requires modern quarantine facilities. It will cater for the needs of researchers from national and international tertiary educational and research institutions, focusing on the needs of Southern Africa and with a special emphasis on veterinary matters (disease transmission of serous animal diseases, socio-economics and zoonoses) related to the development of transfrontier conservation areas (TFCAs). The Mpumalanga Tourism and Parks Agency made the Research Station available free of charge to support the research activities.
Peace Parks Foundation financially supported the refurbishment and upgrade of the Research Station. This support was made possible thanks to major donations made by the Hans Hoheisen Charitable Trust, Alexander Forbes, Fondation Hoffmann and Turner Foundation.

Chief Mnisi and his community have been key to the development of the Wildlife Research Station and Mr Mahlangu honoured everyone with his presence as keynote speaker at the opening event. Mr Sello Moloko said that Alexander Forbes was all about risk aversion and Hans Hoheien Wildlife Research Station was doing exactly that. Mr Anthony Nicklin said that the Hans Hoheisen Charitable Trust was proud to continue supporting the work started by the late Mr Hans Hoheisen, who proved that one individual really could make a difference.

The University of Pretoria, with its experience in managing the world renowned Faculty of Veterinary Science at Onderstepoort and Centre for Veterinary Wildlife Studies, developed the Research Station’s business and management plans and will manage its day-to-day activities.
The Hans Hoheisen Wildlife Research Station should play a significant role in facilitating critical veterinary research projects that will influence policy, and disease management and control in conservation areas, including TFCAs.

The partnership between Mpumalanga Tourism and Parks Agency, Peace Parks Foundation and the University of Pretoria will go a long way in ensuring that the facility is used effectively and benefits the surrounding communities and conservation in Southern Africa. 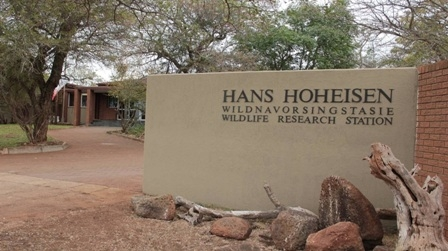 Mining in the Mapungubwe area ceases – for now