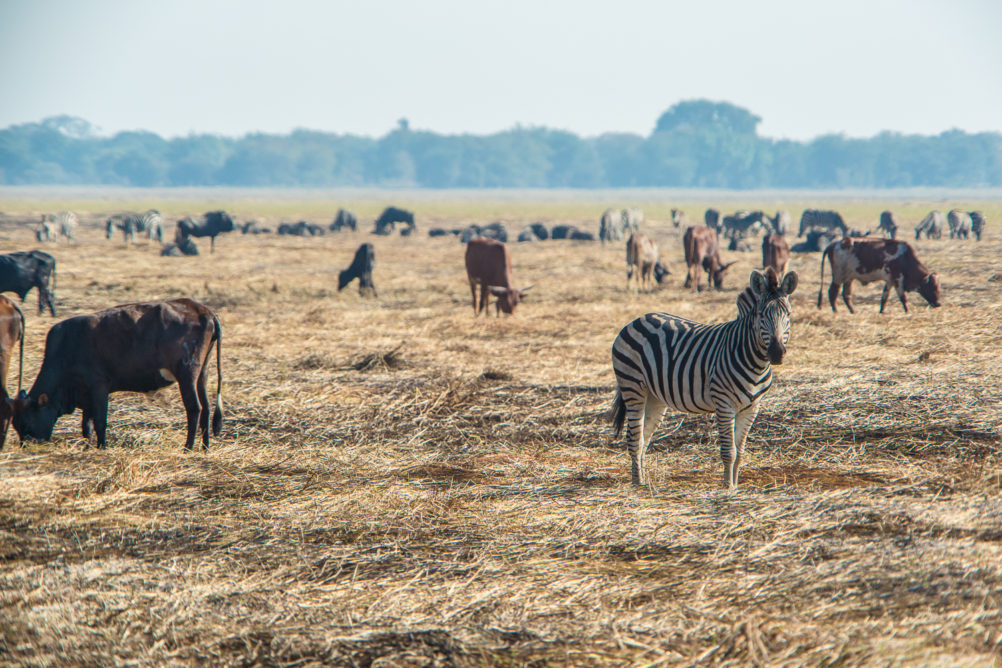 Conservation International and Peace Parks Foundation are urging policy makers in South Africa to use a non-geographic based trade approach following an outbreak of foot-and-mouth disease in cattle in the Vhembe District of Limpopo, South Africa. Foot-and-mouth disease, which affects cloven hoofed livestock and wildlife, has the potential to devastate southern Africa’s agriculture, but also poses a huge threat to conservation and rural development. While the virus is highly contagious, it does not affect people or pose a public health risk like listeria or mad cow disease.

The management of the outbreak has the potential to have a significant economic impact due to bans on movement and exports of livestock. Farmers in the infected zones cannot move their animals and associated products outside of the area, effectively eliminating their ability to sell and earn income. The export ban also affects  the entire livestock industry due to the crash in domestic prices.

Geographic-based bans also have negative environmental impacts. In southern Africa and across the region, foot-and-mouth disease naturally occurs in free roaming African buffalo that occur in large conservation areas. These areas and surrounding landscapes, are therefore deemed infected zones. As a result, communities living adjacent to wildlife areas have no way to derive a livelihood from their livestock, resulting in reduced animal off-take during dry periods. Guided by outdated international trade standards, governments spend fortunes to build or try to maintain game-proof fences that separate infected zones from others. In many instances, such fences severely affect biodiversity conservation and tourism development efforts.

A non-geographic, science based trade approach is much more effective in mitigating socio-economic losses for farmers and for conservation and development, while still maintaining the appropriate health and biosafety measures.”

Since 2017, through the Herding for Health Programme Conservation International, Peace Parks Foundation and South African National Parks have supported a new social enterprise, Meat Naturally, to pioneer the use of commodity-based trade protocols to facilitate market access for communal farmers living adjacent to Kruger National Park in exchange for improved rangeland management and wildlife protection in the buffer zone.  Gerbrand Nel, general manager of Meat Naturally, states, “the outbreak has already caused a 50% decrease in prices paid to farmers in our operating areas.”

Enchanted by the beauty and promise of Malawi