On 8 March 2013, State Secretary Hans-Jürgen Beerfeltz of the German Federal Ministry for Economic Cooperation and Development (BMZ) handed a symbolic cheque to the amount of €15.5 million to the Deputy Executive Secretary of the Southern African Development Community (SADC), Mr João Caholo, in presence of the government Ministers of the five countries partnering in the KAZA Transfrontier Conservation Area (TFCA). 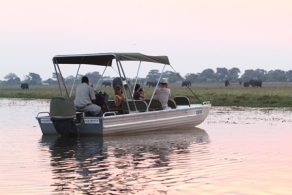 The Ministers responsible for the environment, wildlife, natural resources, hotels and tourism of the Republics of Angola, Botswana, Namibia, Zambia and Zimbabwe were in Germany for the ITB, the world’s leading travel trade fair, where KAZA TFCA had a stand, thanks to support from the Federal Ministry for Economic Cooperation and Development through KfW. 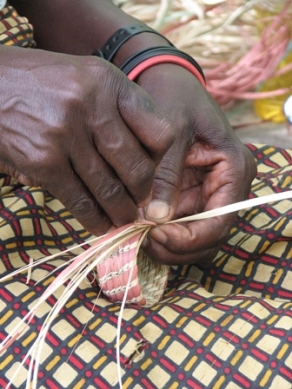 BMZ State Secretary Hans-Jürgen Beerfeltz, upon handing the symbolic cheque for the additional €15.5 million to the Deputy Executive Secretary of SADC, Mr João Caholo, and the Ministers representing KAZA TFCA, said the following:

“The KAZA TFCA is an important flagship project to BMZ, as it combines several exemplary goals: the conservation of nature with sustainable economic development and political stabilisation, especially since the preservation of nature and wildlife are worthwhile from an economic perspective. Tourists will only visit should the natural environment be intact. Tourism, in turn, creates jobs in many different areas, thereby boosting economic development. What is more, is that proceeds from KAZA tourism will directly benefit the local population. Local self-sufficiency is thus strengthened.”

“In KAZA TFCA, civil society and the private sector are partners in its development. These include Peace Parks Foundation, the World Wide Fund for Nature and Futouris, the sustainability initiative of the major tour operators in Germany and Europe. Since the KAZA area extends over five state lines, the project also

strengthens the stability and peace in the region”, said Beerfeltz.

The Ministers from the KAZA TFCA partner countries warmly thanked BMZ for its unwavering support, through KfW, of this ambitious and noble conservation and development partnership.

Dr Victor Siamudaala, Executive Director of the KAZA TFCA Secretariat said that the five partner states aimed to ensure that the natural resources they share across their international boundaries along the Kavango and Zambezi River Basins would be conserved and managed prudently for present and future generations within the context of sustainable development. He also said that tourism development in the TFCA would be an important vehicle for socio-economic growth in the region, aimed at improving the livelihoods of the primary beneficiaries of this TFCA – the people that live within and around the TFCA.