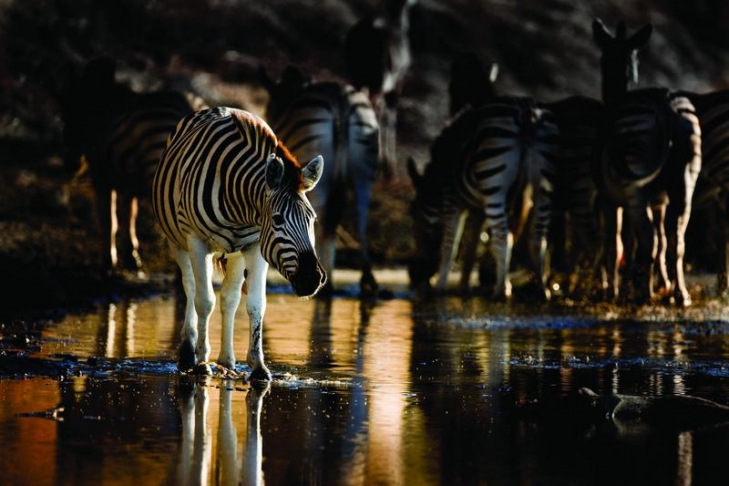 A population of zebra has just secured the number one spot for the longest big-mammal migration ever documented in Africa. The zebra travel along a 500-km round trip journey in an almost direct north-south axis between Namibia and Botswana in the Kavango Zambezi (KAZA) TFCA.

Senior conservation scientist Dr Robin Naidoo and his colleagues at the Washington-based World Wildlife Fund (WWF), assisted by the Namibian Ministry of Environment and Tourism (MET) and scientists from Elephants Without Borders and Botswana’s Department of Wildlife and National Parks (MEWT), made the discovery using GPS collars attached to eight adult Burchell’s zebras (Equus quagga). They followed the herd from from the floodplains of the Chobe River in Namibia to the grasslands of Botswana’s Nxai Pan National Park. The study is published in the latest issue of the journal Oryx. 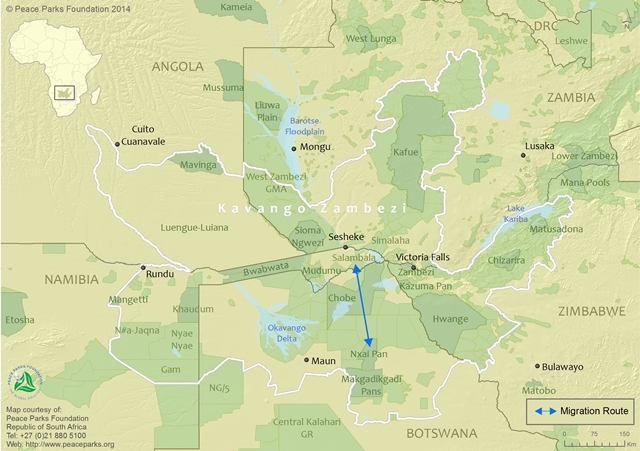 “This unexpected discovery of endurance in an age dominated by humans, where we think we know most everything about the natural world, underscores the importance of continued science and research for conservation,” Dr Robin Naidoo said in a statement.

In an interview with LiveScience Dr Naidoo said: “In Africa, wildlife migration is threatened largely by fences that divide Africa into this patchwork of blocks. The beauty of KAZA is that that doesn’t exist. Now, we’ve got this strong scientific basis of a migration of that size — something of that length, and all of it took place within KAZA. We need to preserve that.”

“The findings of this study emphasize the importance of transfrontier conservation areas in conservation of the greater landscape” said Pierre Du Preez, Chief Conservation Scientist at MET in Namibia.

In June 2010 the German Federal Ministry for Economic Cooperation and Development (BMZ), through KfW, committed funding for KAZA TFCA’s development. Peace Parks Foundation was appointed as implementing agent by the partner countries to provide financial management and technical and co-financing support to the KAZA secretariat.