Vietnamese youth: “It’s not too late” 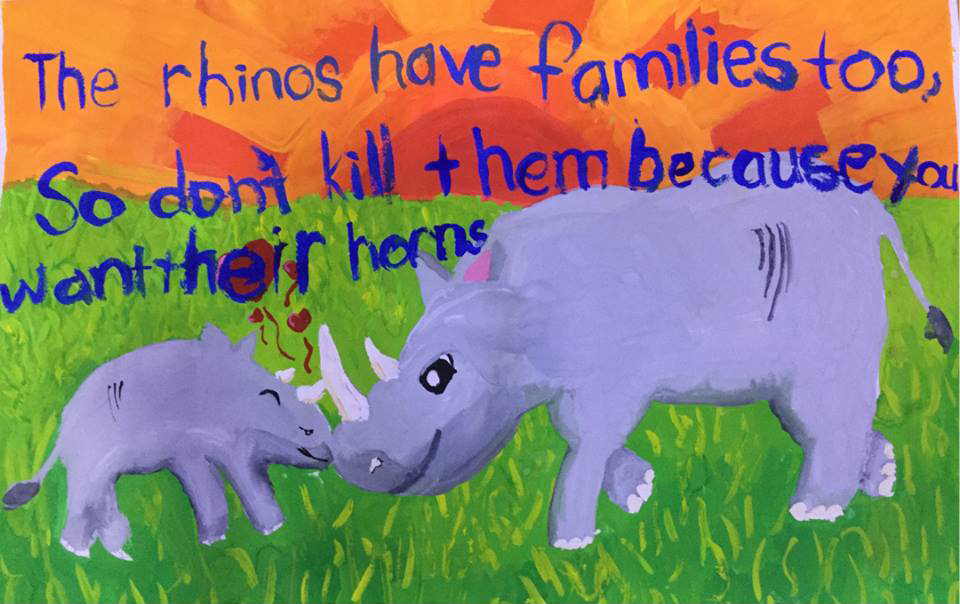 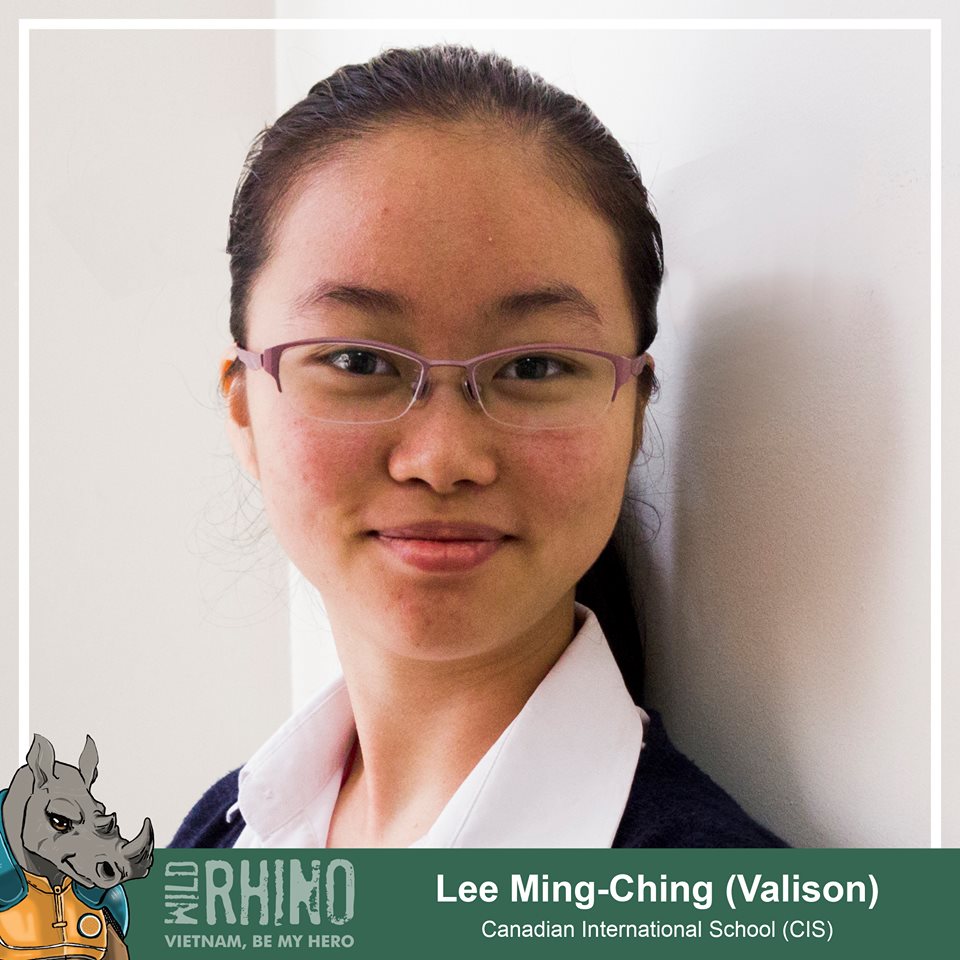 I have always loved the beauty of wildlife. The complexity of the ecosystem, the biological difference in different species, and how every living organism is interconnected; independent yet dependent on others at the same time. South Africa, one of the largest Rhino paradises is now the major slaughterhouses for Rhino in the world, and shamefully, Vietnam ranks first on the Rhino horns purchase list higher than China.

Don’t wait until it is too late. If the adults can’t take action on global issues, then it will be our chance. As youth, take initiative, we could do more than you expect, prove it to them

These are the words of  Lee Ming-Ching, one of the young Vietnamese students who have just been announced as the senior winners of the 2019 Wild Rhino competition. Increasingly, the next generation of decision-makers in Vietnam seek to learn more about, and speak up against, environmental crimes such as rhino poaching. The Forever Wild Rhino Protection Initiative – a collaboration between Wilderness Foundation Africa (WFA), Peace Parks Foundation (PPF), Olsen Animal Trust (OAT) and SOUL Music & Performing Arts Academy (SOUL) in Vietnam – is providing these young people with educational and social platforms to do just that.

The demand for rhino horn in Asian countries remains one of the main driving forces behind the escalation in poaching of rhinos in Southern Africa, with more than 80% of illegally trafficked rhino horn passing through Vietnam either for local use or for export to other countries, such as China.

In response to this, the Wild Rhino demand reduction campaign utilizes three separate yet cohesive components to educate and engage Vietnamese youth on the issue of rhino poaching. The overarching collective goal of the Wild Rhino Competition, the Youth Ambassador Awareness and Education Campaign, and the Rhino Ranger Super Hero Campaign, is to incite passion for conservation, whilst motivating these young people not to use rhino horn. In addition, the youth are encouraged to assist in saving the rhino by becoming vocal ambassadors for the cause in their communities. The demand reduction campaign, has been active in 11 participating schools in Ho Chi Minh City since the launch of the first Wild Rhino Competition in 2014, and was extended to 3 schools in Hanoi this year.

This year’s Wild Rhino competition invited junior students to enter by submitting a poem or a picture. Senior students entered by submitting an essay in which they had to present innovative and practical ways in which  they could  educate their friends and family on how to end the demand for rhino horn. Over 700 entries were received, with 29 junior winners and 14 senior winners announced.

The senior winners will visit South Africa in July 2019, where they will spend a week on wilderness walking trails in the Hluhluwe-iMfolozi Park (HIP) to gain an understanding of the importance of rhino and the impact that poaching is having on them, followed by a workshop on the rhino poaching crisis facilitated by experts in conservation. This workshop equips the youngsters to return to Vietnam as dedicated ambassadors for the conservation and protection of rhino. In turn, the campaign partners take the opportunity to learn from the young people about their experience of the issues related to the use of rhino horn in their communities. The Vietnamese youth also share insights into social and scholastic habits of themselves and their peers, enabling development and implementation of impactful strategies in terms of Wild Rhino engagement with this audience moving forward. 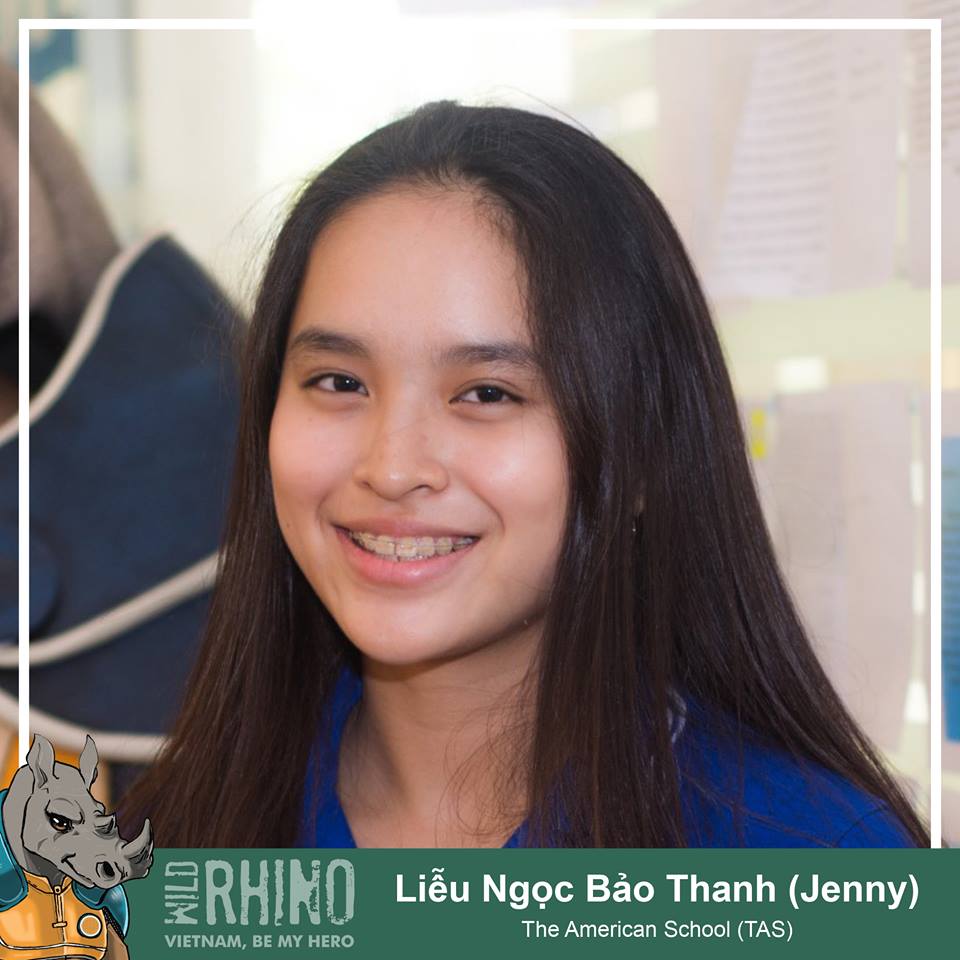 This upcoming trip to South Africa will begin a new change, a new perspective aside from my daily life, to unite as one perceiving the nature and the deserved wild animals with my very own eyes. In the future, together with other [previous years’] Wild Rhino Youth Ambassadors, and the Wild Rhino Campaign, we will use our experiences and strengths to raise awareness in our community and aim to make a change in the citizens’ mindsets, activities and responsibilities in protecting the rhinos and the wild with which we have been gifted.

The unintended victims of a hidden killer