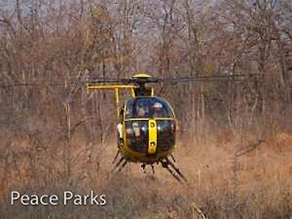 The first step toward establishing the Malawi/Zambia Transfrontier Conservation Area (TFCA) was taken by the respective Ministers of the Environment on 13 August 2004, when they signed a Memorandum of Understanding in the misty hills of the Nyika National Park. Peace Parks Foundation was requested by the partner countries to act as facilitator for the establishment and development of the TFCA. This was followed by the appointment of an international coordinator, Mr Humphrey Nzima, to steer the TFCA’s development. Vodafone, WWF-Netherlands and the Dutch National Postcode Lottery (NPL) immediately got involved and provided considerable financial support for the myriad planning and development activities required to successfully establish and develop the peace park between Malawi and Zambia.

One of the first transfrontier projects to be undertaken, was a joint law-enforcement project operating as a single unit across international borders to combat commercial poaching. This project has been implemented with resounding success in the Nyika TFCA, which comprises the Nyika and Vwaza/Lundazi component of the Malawi/Zambia TFCA. This is the only project of its kind in any of the TFCAs developed in southern Africa to date. For the first time joint patrols are being undertaken and a single communication system is being used by the park management of both countries.

A second and vital project to the TFCA’s development, is a wildlife restocking programme for Lundazi Forest Reserve and Vwaza Marsh Wildlife Reserve, which commenced in 2007. The restocking of game species is an important element in the successful development of the Nyika TFCA, as viable wildlife populations form the basic element of tourism attraction which in turn contributes to sustainability and to community benefits.

As the proposed TFCA had suffered a decline in wildlife numbers due to poaching, the first step in the restocking process was to establish an enclosed restocking area which straddles both Malawi and Zambia, within the Nyika TFCA. The Wildlife Law Enforcement Support Project played a crucial role in securing the 5,000 ha area with electrified fencing and ensuring the ongoing safety of the animals in the restocking area.

Thanks to funding secured from WWF NL and NPL, the restocking got off the ground early spring 2007. The first translocation of 230 head of wildlife (including sable, waterbuck and zebra) was undertaken early in September. Officers from Malawi’s Department of National Parks and Wildlife and Zambia’s Wildlife Authority assisted with the translocation of the animals from North Luangwa National Park and Liwonde National Park. The end of September 2007 saw the successful completion of the first phase of the restocking programme, with a second phase possibly scheduled for 2008.

Limpopo now offer the bush and the beach