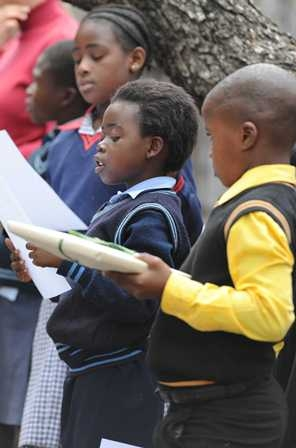 With the assistance of Biblionef, a book donation agency, the Southern African Wildlife College has started a mobile library service for primary schools in the surrounding community. The programme forms part of the Wildlife College’s community outreach programme and is aimed at providing access to reading materials.

The original idea to start a reading programme for the local community was conceptualized in 2010. “The children in these communities have limited access to reading material as there are no community libraries and not all the schools have sufficient resources,” said Resource Centre Manager, Sunel Lindeque.

Biblionef came to the party and donated a large number of books to the programme which enabled the College to get the project, later dubbed the Bookworm Kiddies Club, off the ground. In 2012, due to insufficient time to visit all the schools, it was decided to start a mobile library service where books are graded according to the developmental needs of the children. “The idea was to take a box of books to the schools where they will remain in the classrooms for a two week period allowing the children adequate time with the books,” said Lindeque.
The pioneer school was Lumukisa Primary in Acornhoek and given the enthusiastic and overwhelming response received, the College has now taken the book mobile project to other primary schools that do not have functional libraries. These schools include Nxalati, Mtembeni and Manyeleti Primary. “As we were stretched in term of the number of books we had, we requested some more books from Biblionef who generously donated additional books to the value of R35 000”, added Lindeque.

Working together with Trees of Goodness and the Manyeleti Conservation Trust, the College once again approached Biblionef for donations for Salani Primary, Muchuchi Primary, Malwana Primary and Mugena High School. Biblionef did not disappoint and the College received further book donations to the value of R40 000 for these schools. 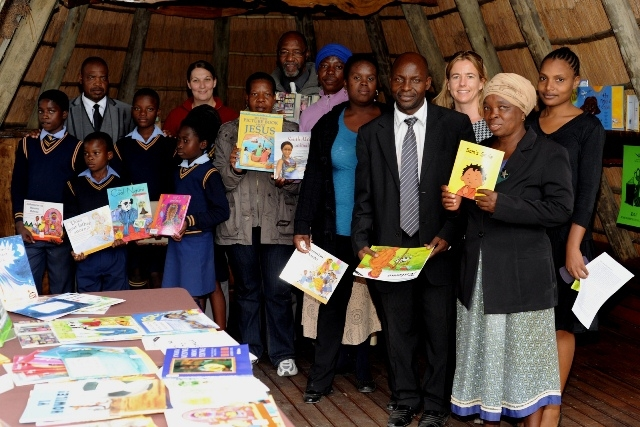 To celebrate the success of the project, the College’s Resource Centre held an official launch of the project last month. Guests included Mr Mgiba the circuit manager from the Department of Education, Mr John Ndlovu, Chairman of the Manyeleti Trust as well as other members from the trust and teachers from all schools involved. They were entertained by the children from all eight schools who performed a drama or delivered a poem with a literature theme. 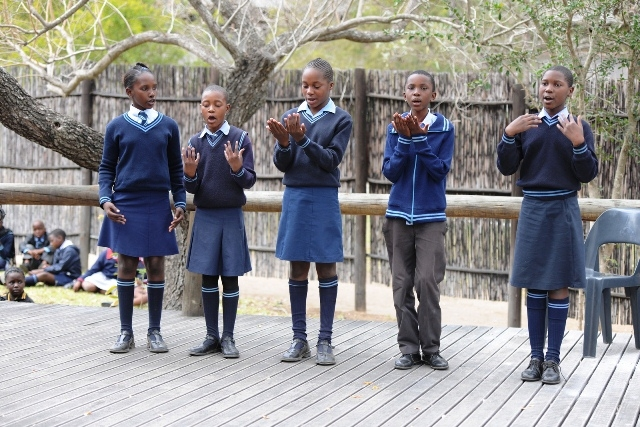 Guests who attended the Community Book Project launch at the College were entertained by the children from all eight schools who performed a drama or delivered a poem with a literature theme. Pictured here are pupils of Muchuchi Primary School.

Amidst much excitement, a writing competition was also held for the seven primary schools. A winner per grade was chosen by the school and a panel of judges from the College selected an overall winner for each grade. The winners were given the chance to read their story to the guests before receiving their prizes. It was joyous occasion and given the results and impact that this project has had in the local community, the College hopes that more donors will come on board to grown this project even further.