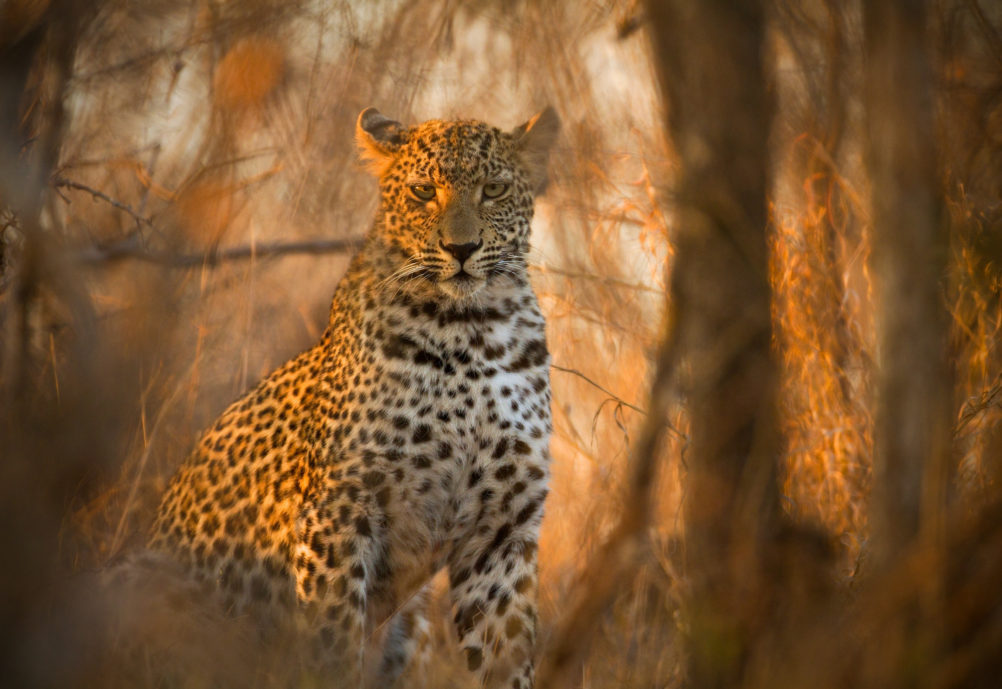 Held annually on the Zambezi River in the Barotseland Kingdom, the Kuomboka festival (meaning ‘to get out of the water’) involves passage of His Majesty the Lozi King between palaces by barge. Historically, the King’s barge has carried approximately 200 paddlers adorned with ornate, full-length skirts or lipatelo made of nearly a thousand leopard and serval furs. Paddlers have also traditionally worn red berets topped with lion mane headpieces, known as mishukwe.

With the roll out of this new wild cat conservation initiative at the Royal Palace in Mongu, festival attendees received 200 Panthera-created synthetic leopard and serval fur lipatelo and 200 synthetic lion mishukwe, which have replaced the use of real furs and, we expect, will help to reduce the hunting of hundreds of wild cats across southern Africa where the species are severely threatened.

His Royal Highness the Lozi Senior Chief, Inyambo Yeta, stated, “The Barotse Royal Establishment was concerned that leopard and other cat populations are dwindling in Zambia, and as a conservation oriented establishment, worked with Panthera to devise a culturally appropriate solution to reduce the impact on wild cats.”

Lozi leadership was instrumental in ensuring adoption of the Heritage Furs, with official endorsement and valuable design input provided by His Majesty the King and the Senior Chief. Working with digital designers, Panthera arranged for the manufacturing of the ceremonial regalia in China and tailoring in South Africa. Along with the garments donated last week, Panthera will provide an additional 400 Heritage Furs to the Barotse Royal Establishment.

Panthera Leopard Program Director and Conservation Science Deputy Director, Dr. Guy Balme, stated, “The roll out of the Heritage Furs to the Lozi people offers a lifeline to leopards in Zambia and beyond. Innovative solutions such as this, that garner local support and can be implemented at scale, are needed to turn the tide for a species in desperate need of increased conservation attention.”

Earlier this year, the United Nations global biodiversity report raised red flags regarding the extinction crisis facing 1,000,000 species, including big cats like leopards. Many communities across Africa believe that those wearing leopard furs are imbued with its enviable qualities, including strength, grace and stealth.

Despite this reverence for the species, the illegal killing of leopards for use in ceremonial attire is devastating the big cat’s populations across Africa, alongside bushmeat poaching, conflict with people, habitat loss and unsustainable trophy hunting. Panthera scientists estimated that nearly 200 paddlers were dressed in furs from approximately 150 leopards and 800 servals at the 2018 Kuomboka festival.

Speaking on behalf of His Majesty the Litunga Lubosi Imwiko II in front of his council, and over 400 Lozi community members at last week’s event, the Prime Minister of Barotseland tated, “We are grateful for Panthera’s partnership in saving Zambia’s wildlife with the donation of these regalia. Only an expert could tell the difference between the garments and original furs. We greatly look forward to all the paddlers using these at the next Kuomboka festival.”

In order to track leopard population trends and tailor conservation efforts accordingly, the project has additionally established a robust monitoring network that extends across the Namibian, Zambian, Zimbabwean components of the Kavango Zambezi Transfrontier Conservation Area. Thus far, survey results have painted a bleak picture for leopards in areas historically considered strongholds for the species, underscoring the dire need for increased conservation efforts and funding on their behalf.

The Saving Spots project is operated through and modeled after Panthera’s Furs For Life program. With leopard populations in southern Africa declining at alarming rates, Furs For Life was formed in 2013 after Panthera scientists discovered that as many as 15,000 illegal leopard fur capes were being used by followers of the Nazareth Baptist Shembe Church during religious gatherings.

In six years, Furs For Life has donated more than 18,500 synthetic leopard fur capes to the Shembe community, decreasing the use of real leopard furs at religious gatherings by half and preventing hundreds of leopard deaths each year. Now successfully replicated in Zambia, the Furs For Life model holds great potential for adoption within additional willing communities across southern Africa that currently utilize cat and other animal furs during traditional ceremonies.

Empowering the next generation of conservationists