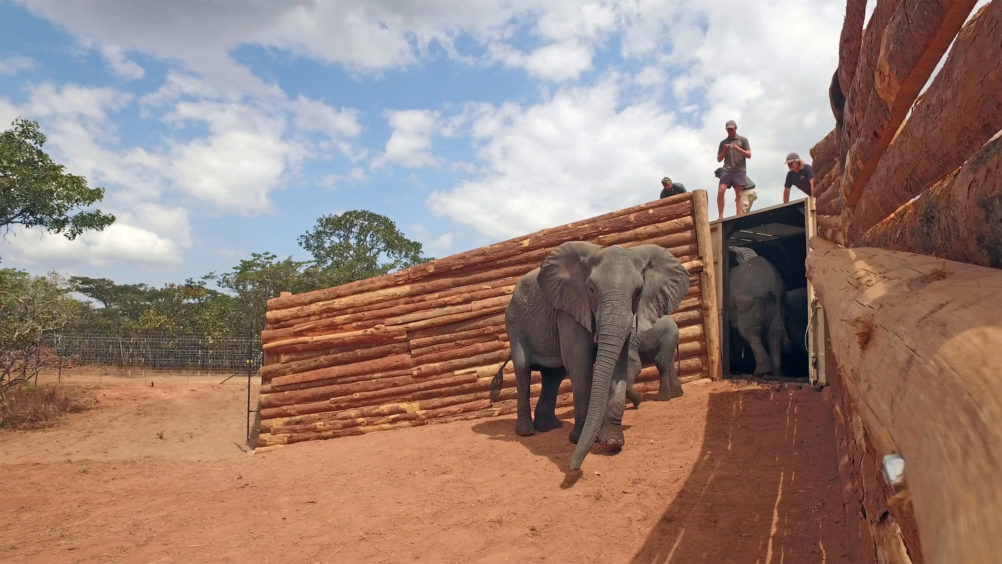 In August 2017, 34 elephants were translocated from Liwonde National Park to Nyika National Park, Malawi. The elephants are all healthy and settling in to their new habitat on the Nyika Plateau. This video tells their story.
The elephants are monitored closely via aerial and foot patrols, as well as through tracking of the matriarchs that were fitted with VHF and satellite collars prior to release. All reports indicate that they are acclimatising well, and satellite imagery show them exploring much of the 7,000ha sanctuary they currently call home. Following a period of about 12 months, and only once the newly introduced herd is fully established, will they be released into the larger park.

A mere three decades ago, more than 300 elephants graced the steep foothills of the Nyika Plateau spanning the international boundary between Malawi and Zambia. Tragically, extreme poaching pressure resulted in an estimated 67% decline in this population since 1992.

Earlier this year, Malawi’s Ministry of Natural Resources, Energy and Mining through the Department of National Parks and Wildlife, supported by South African-based NGO, Peace Parks Foundation, entered into an agreement to translocate the 34 elephants from Liwonde National Park – managed by African Parks – to the plateau of Nyika National Park.

In Liwonde the carrying capacity for elephant had been far exceeded. Nyika, on the other hand, still offers ample space, and indeed, will benefit from the addition of new elephant groups to improve viability of the herd and fast-track recovery of critical numbers – making this translocation a win for both the elephants and the park.