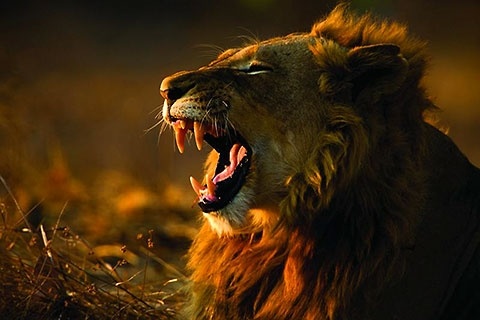 KATIMA MULILO – The five SADC ministers with the portfolios of environment and tourism in Angola, Botswana, Namibia, Zambia and Zimbabwe yesterday expressed satisfaction with the progress made on the proposed transfrontier tourism park.

At a ministerial meeting that took place yesterday at a hotel on the banks of the Zambezi River in Katima Mulilo, Namibia’s Environment and Tourism Minister Netumbo Nandi-Ndaitwah, who chaired the gathering, stated that the ministerial team noted with satisfaction the progress made towards the development of the draft treaty.

In terms of the draft treaty crafted by the ministers on the Kavango Zambezi Transfrontier Conservation Area (KAZA), provision is made for internal national consultations with all stakeholders even at grassroots level regarding the venture.

It is envisaged that the treaty will be signed in August 2010 in Namibia, formalizing the establishment of the KAZA transfrontier conservation area that will tremendously boost tourism among the five countries that have a myriad of tourism attractions, such as the Kavango Delta, the Victoria Falls, Chobe Game Park and Etosha, among others.

Describing the meeting as having gone “very well”, Nandi-Ndaitwah said KAZA states will harmonise land use laws to ensure maximum benefits from the tourism project that will straddle vast land swathes of the five countries with a wide diversity of fauna and flora – and between them have the highest concentrations of elephant populations.

In a communiqué issued at the closure of the meeting, delegates commended the project steering committee for having successfully held its first meeting early this week.

The 10-point communiqué further expresses appreciation for the progress made by the German Government, SADC, and the Botswana Government, in signing the financial and project agreement for the €8 million support to KAZA, though delegates urged partner countries in concert with cooperating partners to take the necessary actions to enable the signing of the three outstanding financial agreements so that funds could be released to the project.

They also noted the progress made in the identification of suitable candidates to fill the various positions of the KAZA Transfrontier Secretariat and that these appointments should be effected at the earliest possible opportunity.

They further commended the Peace Parks Foundation for having facilitated the implementation of the Integrated Development Plan in Zambia, as well as for the progress with the development of similar plans in Angola and Zimbabwe during 2009.

They said they looked forward to this assistance being extended to the same grassroots consultative processes in Botswana and Namibia in 2010.

They further praised the hosting by Angola of the Africa Cup of Nations and the FIFA World Cup by South Africa in 2010, as they noted these two sporting events are highly significant towards the promotion and development of tourism in SADC in general.

They used the opportunity to congratulate the Republic of Botswana and her people for having hosted peaceful elections in which the incumbent president Ian Khama’s party BDP had emerged victorious, and they also wished Namibia success in the forthcoming elections. It was also agreed that their next meeting be hosted by Zambia in June 2010.The meeting that attracted 40 delegates started on Monday and ended Thursday.