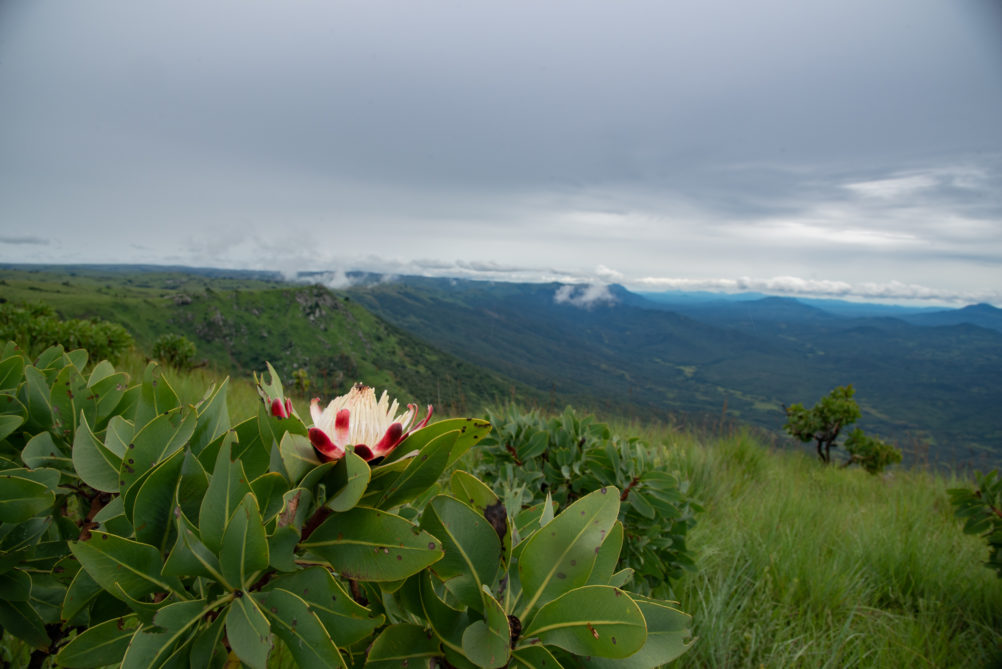 Malawi’s Nyika National Park is the country’s largest and oldest protected area. It consists of a large highland massif located on the country’s border with Zambia and includes mountainsides and footslopes covered in miombo woodland. When travelling from the entrance gate at the foot of the plateau towards the highest point in the park, it is remarkable to witness how the landscape changes from deep green forests to rolling grasslands boasting magnificent antelope.

Peace Parks Foundation has a long history with this landscape, dating back nearly two decades when, together with the governments of Malawi and Zambia, the Foundation started exploring the conservation benefits and commercial opportunities that a peace park could offer to this region. In 2015, the Malawi-Zambia (MAZA) Transfrontier Conservation Area, of which Nyika National Park is an integral component, was established with the signing of a treaty by the two Heads of State. 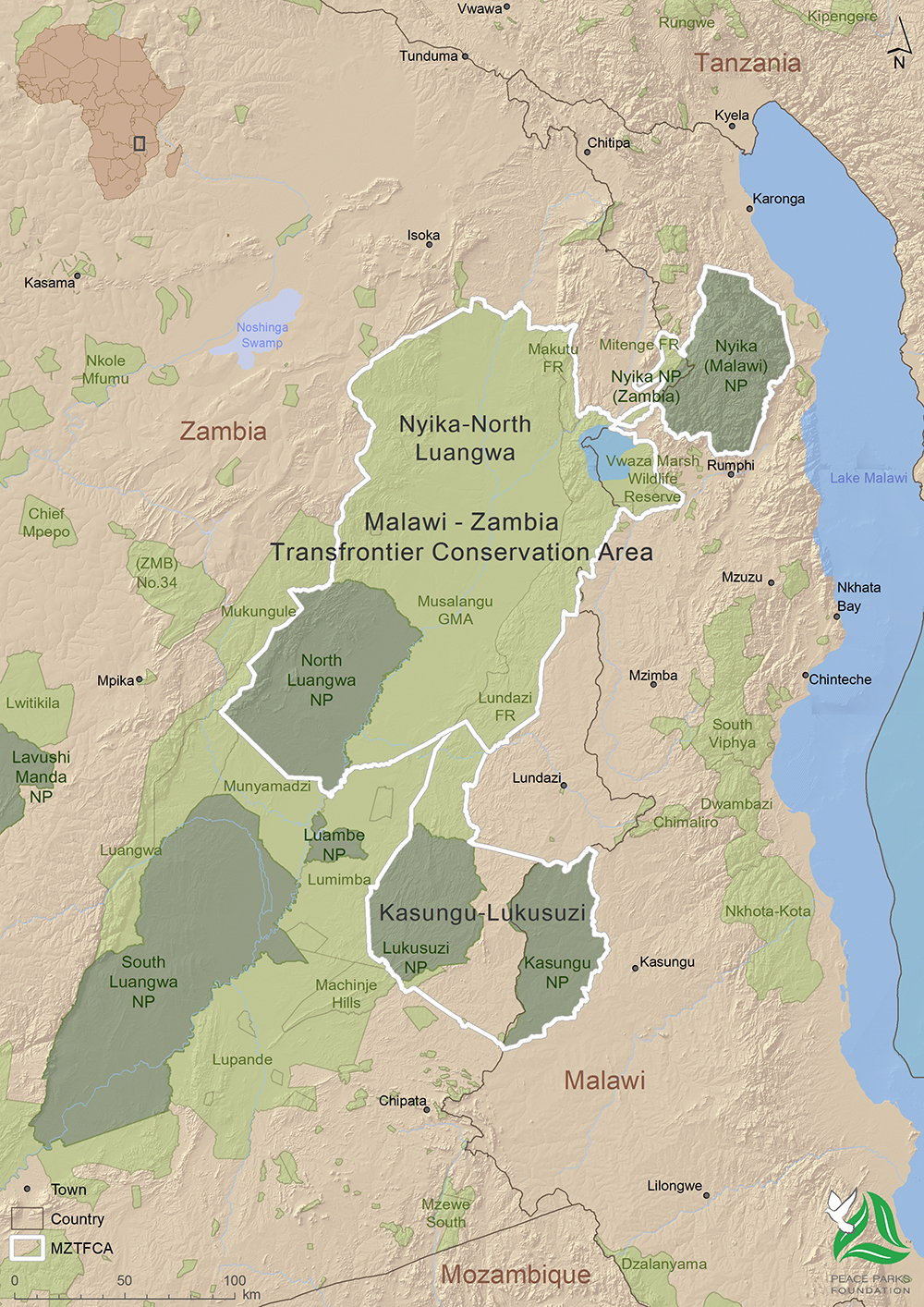 Shortly thereafter KfW committed significant resources towards the development of the Nyika North Luangwa component and Peace Parks was appointed as the implementing agent for this project (excluding North Luangwa National Park, where the Frankfurt Zoological Society continued as implementing agent). Peace Parks continues working closely with the Department of National Parks and Wildlife to secure the long-term sustainability of protected areas here.

Nyika National Park is included in the Global 200 Ecoregions, which comprises the most outstanding and representative habitats for biodiversity on the planet. Its high-lying areas are often shrouded in mist, giving them a unique appeal unlike the traditional big five destinations in other African conservation areas. 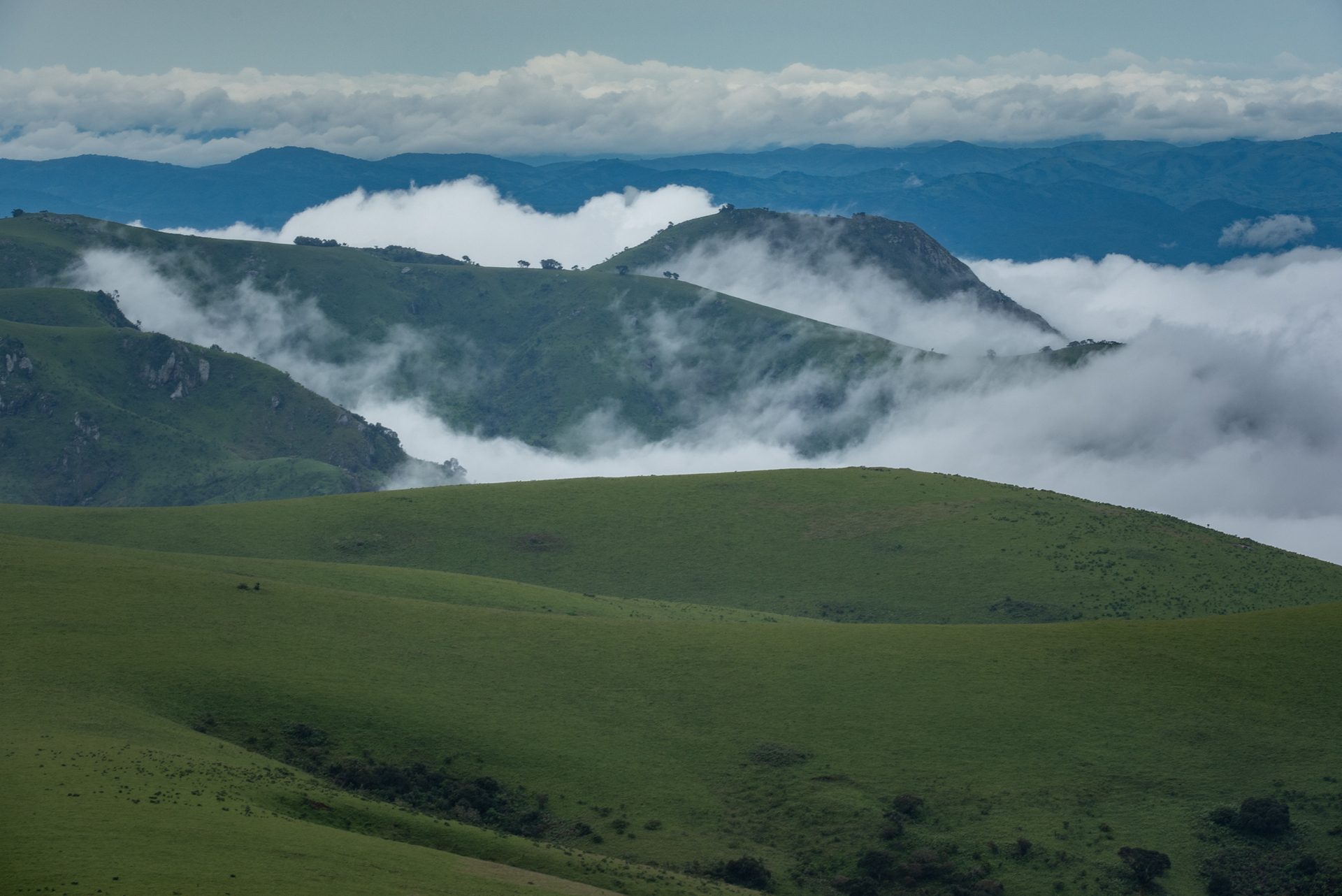 The biodiversity one finds on Nyika’s high-altitude moist grasslands, as well as the natural beauty of its wide-open spaces are awe-inspiring. During the ‘green season’ when rainfall is at its highest, the plateau transforms from golden grasslands into a botanist’s delight, with hundreds of different species of wildflowers in full bloom.

This includes an infinite display of alpine flowers, ranging from rare, endemic orchid species, to exquisite bell-shaped dieramas, gladioli, protea and kniphofia. The highlands also bear an abundance of wild peas – a feast of protein for the many herbivore species, such as roan antelope, zebra and eland, that inhabit Nyika National Park. 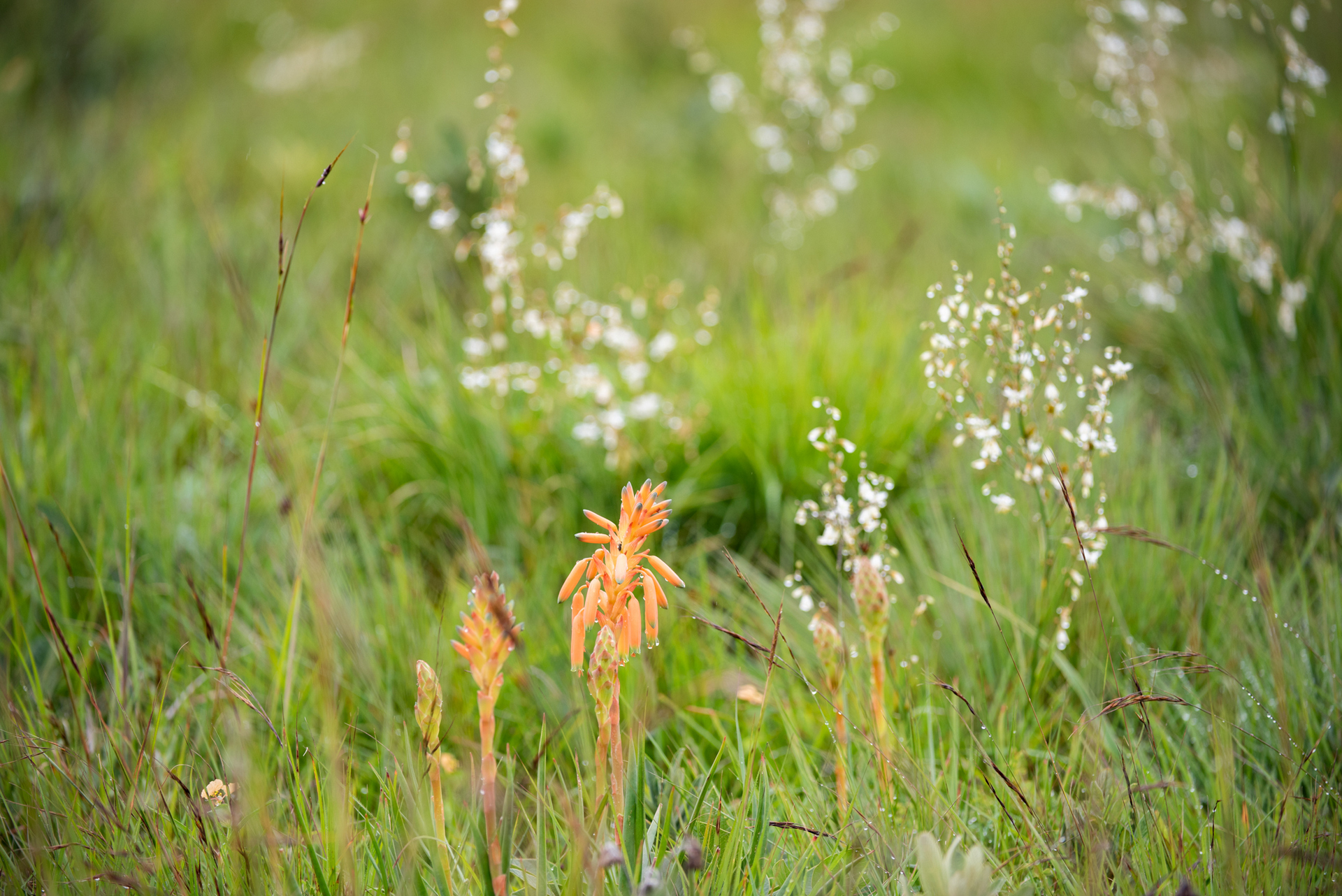 After a recent visit, Peace Parks’ Communication Manager, Lise-Marie Greeff-Villet, says, “The fields in bloom offered a rainbow-coloured floral fantasia as far as the eye could see. What struck me most was that every step in any direction would bring you face-to-face with yet another breath-taking species of orchid or wildflower. People know me as a dedicated animal-enthusiast, but the beauty of Nyika’s endemic vegetation has most definitely ignited a renewed passion for flora – a reawakening I am sure others who visit this plateau, would also experience.”

Protecting what cannot be lost

Orchids are most commonly known for their strikingly beautiful flowers, yet in many countries across the world they are also used in food-flavouring products which makes them a resource of great economic importance in the global horticultural and food industries. In the southern African region, edible orchids, specifically their tubers, are traded within Malawi and across to other countries as a food resource. 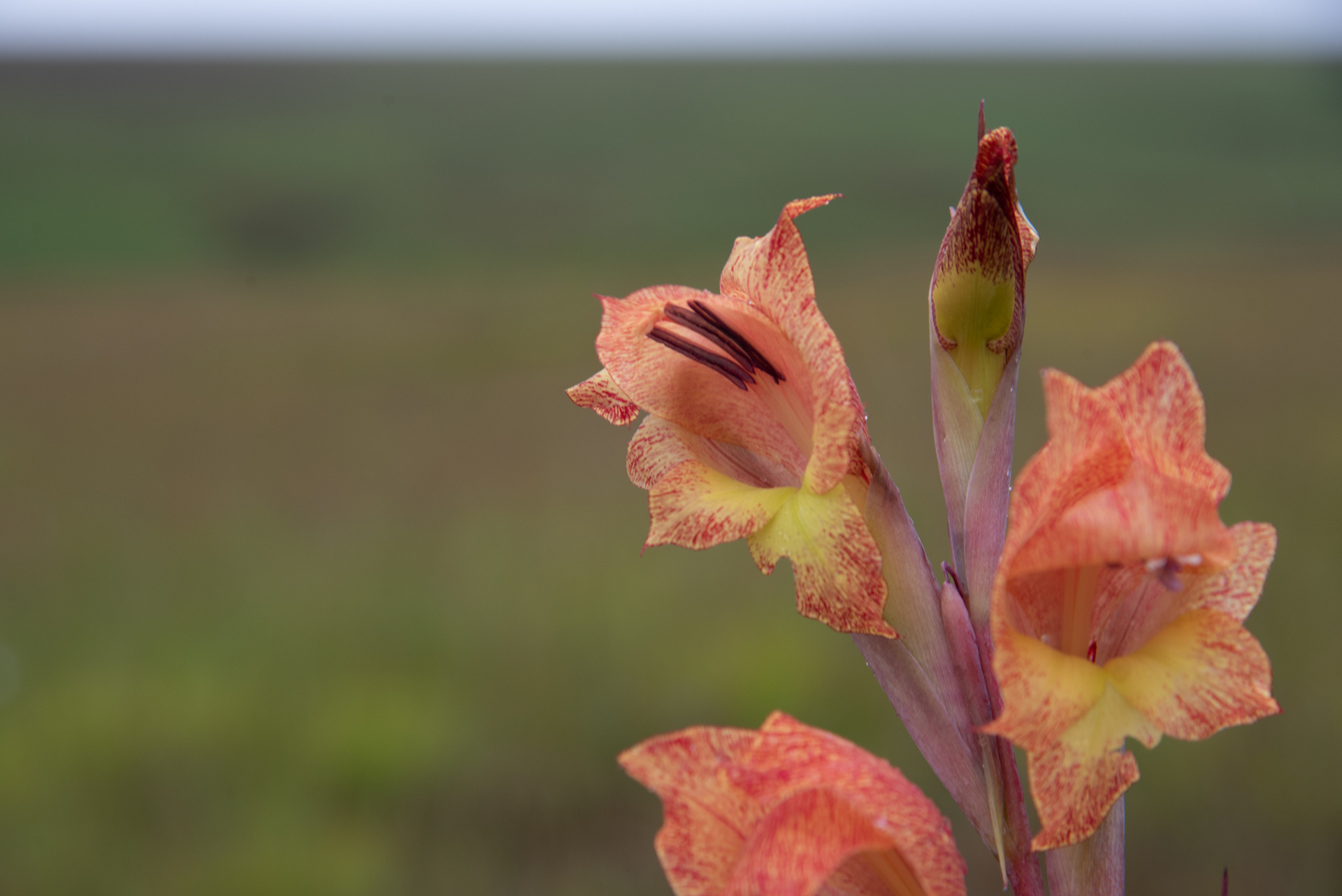 A number of researchers have reported a dramatic rise in the demand for these flowering plants which are becoming critically endangered as high, unsustainable exploitation pressures threaten their future existence. In Nyika, orchids are illegally harvested for making a plant-based salami (a type of cured sausage typically consisting of fermented and air-dried meat) which is high in nutrients.

The Nyika skies are filled with the greatest blue swallow breeding population in the world, and its plateau is home to the largest concentration of roan antelope in Africa.

Unfortunately, poaching is a constant threat that has caused the wildlife numbers to dwindle. For example, three decades ago, more than 300 elephants graced the steep foothills of the Nyika Plateau. Extreme poaching resulted in an estimated 67% decline in this population since 1992, and by 2016 only approximately 100 elephants were left. However, through rewilding and ongoing anti-poaching efforts, the population is slowly being re-established.

Although strikingly beautiful, the wide-open plains and wooded slopes make for very difficult anti-poaching operations. “In many areas one can see several kilometres across the grasslands, which means that poachers can spot rangers heading their way very easily. Intercepting poachers targeting the park’s precious natural resources in those conditions is very difficult, especially if they are aware of being pursued, so strategic interventions are needed,” says Humphrey Nzima, Peace Parks’ Country Manager in Malawi. 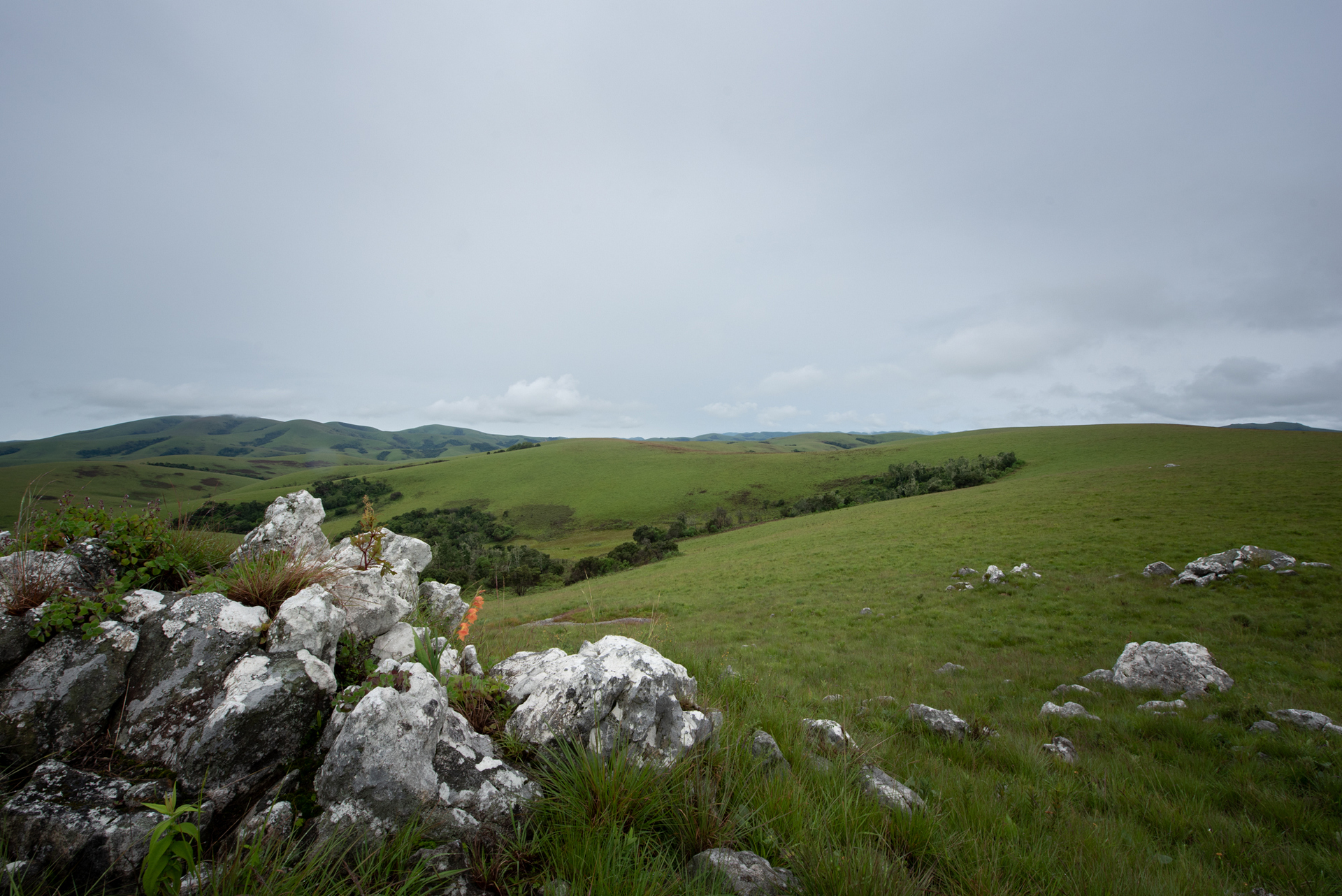 To this end, a new law enforcement strategy has been put in place that will significantly strengthen the park’s anti-poaching efforts. Norman English from the Environmental Management and Conservation Trust was appointed to head up a recently established Forward Operating Base. He says, “my main focus is to facilitate the capacity-building of rangers by establishing a rapid response unit which is going to complement existing patrols. If these patrols, for example, spot a group of poachers at a distance from which they cannot intercept, we will be able to deploy the rapid response unit, consisting of highly trained rangers, tracker dogs that can run off-line, and a helicopter that can cover a lot of ground very quickly.

The most challenging component of anti-poaching in Nyika is the terrain; the road conditions are poor and the network is limited. With a helicopter, we can be anywhere in the park from the operating base within 30 minutes.” A digital radio system will also be installed which will greatly improve connectivity between the various ranger teams.

Norman says, “most of the illegal activity here is subsistence poaching and there are many projects addressing poverty along the park’s borders which will go a long way toward reducing reliance on the park’s wildlife. Supporting the existing ranger forces with additional anti-poaching interventions will also help by securing the park while community projects grow. I’ve seen in many other African parks, that as soon as poaching is brought under control and the situation stabilises, it is remarkable how quickly the wildlife numbers bounce back.”

In striving to find a middle-ground between conserving threatened natural resources and supporting local communities with food security, an agreement was made between Malawi’s Department of National Parks and Wildlife and those living around Nyika National Park that allows for the controlled harvesting of fast renewable natural resources, such as thatching grass. Community members are also allowed to hang beehives within the park and various entry points have been constructed to allow people to easily harvest honey. To further promote community development and lessen the dependency on natural resources, 25% of the revenue generated by the park is shared with communities.

Working with Total LandCare, a community development project is also providing alternative livelihoods to poaching, promoting conservation-friendly agricultural farming practices. Since receiving training and starter seeds, farmers have reported higher crop yields which have greatly improved their food security. The project also assists farmers with gaining access to markets which allow them to sell their produce and generate enough income to pay school fees and other critically important household necessities. An environmental education programme aimed at school children living around the parks is also carried out, in partnership with Lilongwe Wildlife Trust, aiming to raise the awareness of young people on the importance of conservation.

Nyika, which means “where the water comes from”, is an apt description for a plateau that provides 10% of the water flowing into Lake Malawi, ensuring adequate water levels for marine life within the lake. Contributing to the conservation of Lake Malawi’s aquatic resilience is vitally important, as at least 9 million people are directly dependent on the lake for their livelihood. The lake is also the main water source for the Shire River, where over 95% of Malawi’s power is generated in a hydro-electricity facility.

“With climate change causing increasingly erratic weather patterns, the preservation of a national park that contributes so significantly to Malawi’s most precious water source is something Peace Parks can wholeheartedly commit itself to,” says Arrie.

In all its areas of operation, Peace Parks Foundation works with multiple partners from both the public and private sectors to secure the long-term self-sustainability of conservation areas and Nyika is no exception. Peace Parks and the Government of Malawi are planning to establish a separate governing entity to improve the park’s management effectiveness, which will set the stage for rapid development and more robust conservation efforts. While this is carefully planned and laid out, on-the-ground teams continue to protect Nyika’s natural resources and communities are simultaneously capacitated and strengthened to ultimately step up and take full ownership of their natural heritage. 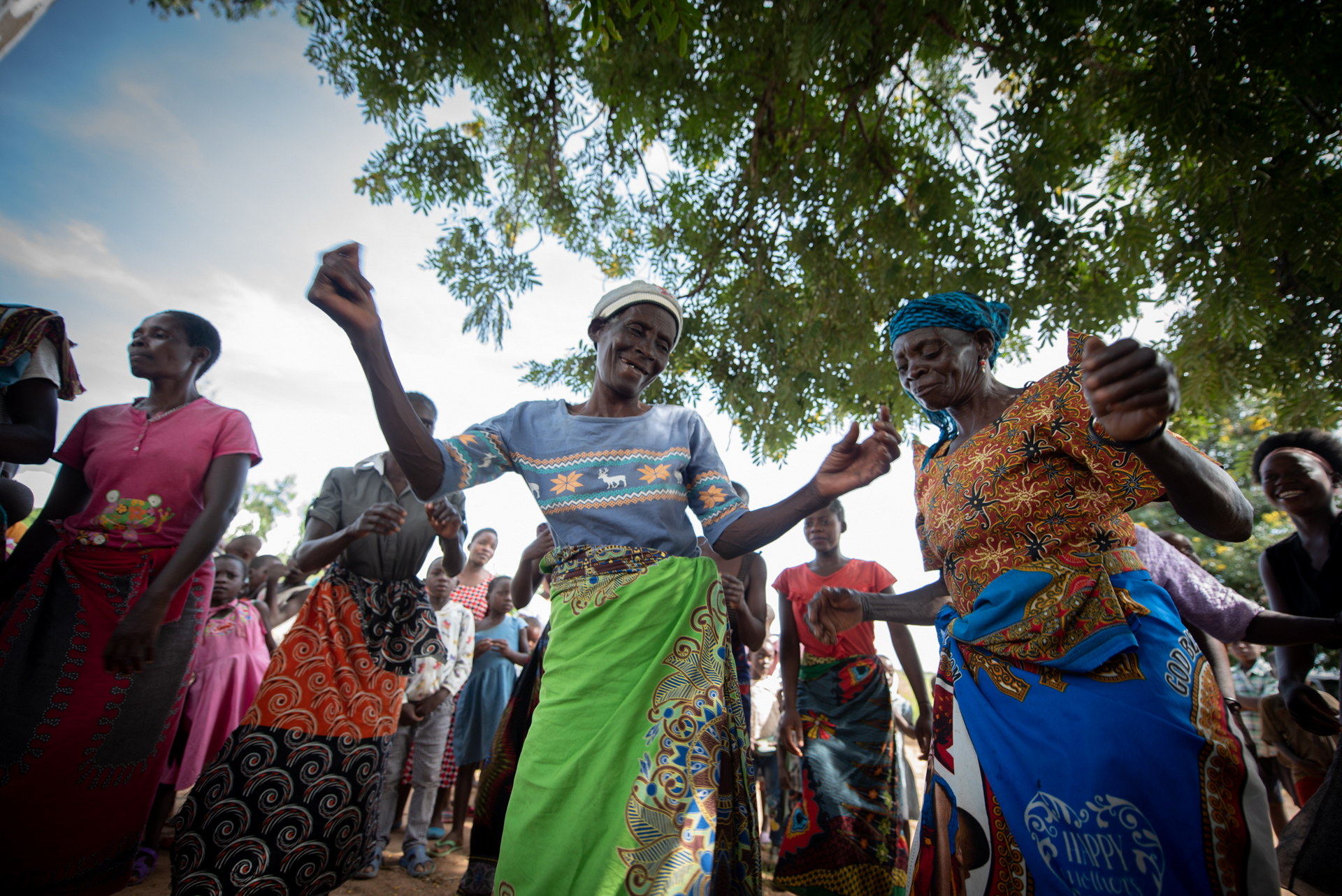 When conservation areas generate enough income to sustain its own operations, and surrounding communities are supported either by working within the park or running successful alternative livelihood projects, our future is secure. Nature can then thrive and mankind along with it. If we really commit ourselves to nature, there is no limit to how well we can restore tomorrow for those generations to come.

Peace Parks would like to sincerely thank KfW, the EU, the Turing Foundation and other generous donors for their continued support, which is bringing about real change for the people of Malawi and these remarkable landscapes.