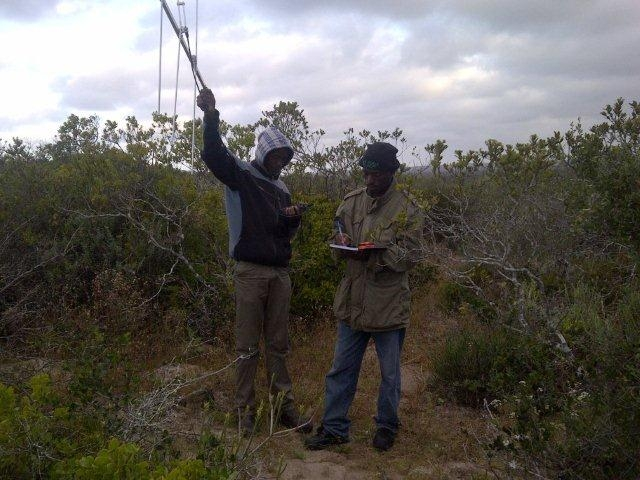 Every year 90 young women and 16 young men – all unemployed and from impoverished rural backgrounds – are sponsored for a year-long training course at the SA College for Tourism in hospitality service skills and tracking skills respectively. Athenkosi Diba and Ernest Mnisi, both from poor rural areas, were given the opportunity to change their lives by being admitted to the tracker skills training course.

Athi is an orphan from the Eastern Cape in South Africa and has always been keenly interested in conservation and was very eager to attend the tracking course. So eager that he worked in a steakhouse in Cape Town to earn money to pay for his bus ticket to Graaff-Reinet to attend the course.

Ernest, on the other hand, comes from a small rural village in Mpumalanga in South Africa, called Lillydale. At 42 years of age, Ernest is the oldest student to have been enrolled on the course. As a young boy, Ernest herded his father’s cattle and gained invaluable knowledge of trees and medicinal plants.

Both performed exceptionally well, with Athi obtaining a score of 91% for his final tracker evaluation and Ernest 85%. Athi is an exceptionally dedicated young man and plans to study further in the conservation field if and when he has the necessary financial resources.

Upon completion of their studies, Athi and Ernest joined a badger tracking project in the West Coast National Park of South Africa. The project is being run by How Wildlife Rescue and revolves around a honey badger that had been caught in a trap, resulting in the loss of one leg. 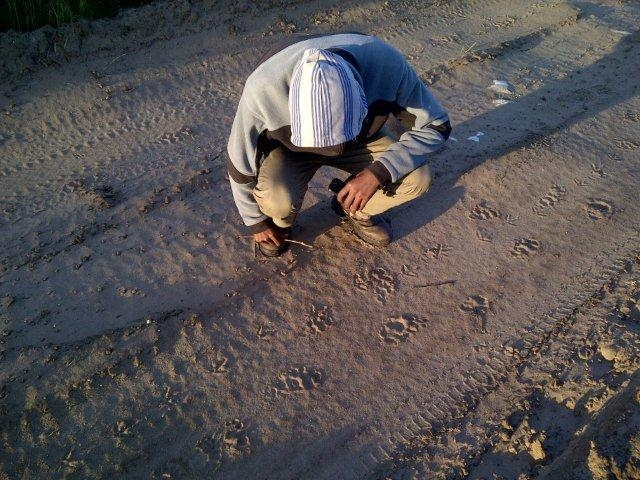 This is where the two graduates have shown their worth. Previously, all attempts at tracking badgers in the wild had failed. However, Athi and Ernest have been keeping track of Hope and collecting valuable information on badger movements. Through their efforts and perseverance at tracking the badger, they have earned the respect of all those who are working with them on the project.

Congratulations to Athi and Ernest on their sterling efforts with the continued tracking of Hope, which not only bears testimony to their excellent training at the Tracker Academy, but also to their passion for conservation.

Thanks to the good results he achieved whilst on the course, the course leaders applied for him to be enrolled at the White Lion Leadership Academy run by Linda Tucker. 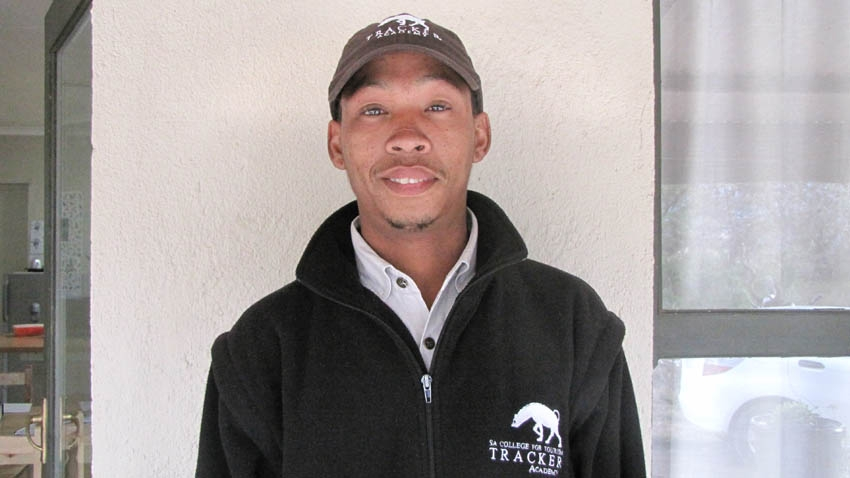 He completed the course in September and was then offered a permanent job working with the Global White Lion Protection Trust. Corne is now tracking and monitoring the white lions on a daily basis.

Stella Horgan from the Global White Lion Protection Trust said: “Corne Witbooi was awarded a scholarship to the White Lion Leadership Academy for our inaugural year, 2012, after he was put forward by Alex van den Heever of the Tracker Academy.”

“We are thrilled to have him on board the Global White Lion Protection Trust team, using his time-honoured tracking skills to protect the white lions and to educate the humans that visit our world-class conservation project about the innate perfection and wisdom of nature. Corne shows tremendous promise and we place our full support in him to lead his people in a way that honours his grandfather, *Dawid Kruiper and contribute to empowerment while facing the challenges of the 21st Century, while ensuring the survival of their ancient traditions. *Dawid Kruiper was the ‡Khomani San Traditional Leader until his death on 13 June 2012

Peace Parks Foundation is a development partner of the SA College for Tourism and has been proudly supporting the College since its inception in 2001. Kindly visit this page should you wish to sponsor a student bursary or contribute to the College’s endowment fund.