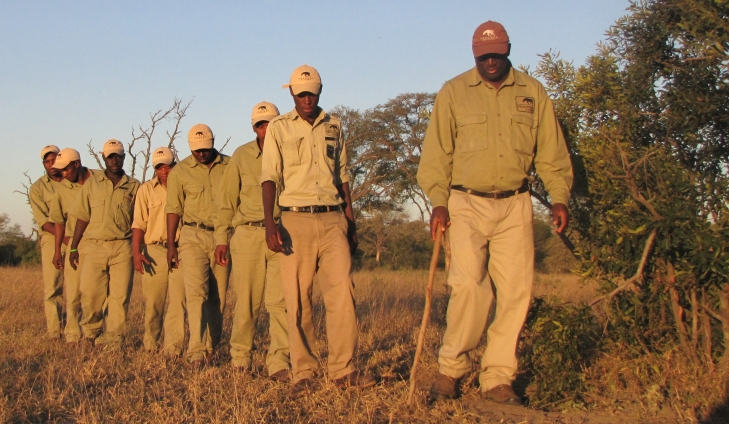 The SA College for Tourism Tracker Academy is delighted to be one of three finalists for the People Award category of the World Travel & Tourism Council (WTTC) Tourism for Tomorrow Awards.

The World Travel & Tourism Council Tourism for Tomorrow Awards are aimed at recognising best practice in sustainable tourism within the Travel & Tourism industry worldwide. The People Award is for a partnership of private, public or non-profit organisations that are dedicated to developing core skills needed in the travel and tourism industry.

Winners and finalists of the awards are recognised by a panel of internationally acclaimed sustainable tourism judges and they receive free flights and accommodation to attend the awards ceremony held during WTTC’s Global Summit in Hainan Province, China from 24 – 25 April. SA College for Tourism Tracker Academy Manager, Alex van den Heever, will attend the ceremony.

In 2009 a group of young men and women in Cape Town became captivated with the human spirit in South Africa. They set out to document and photograph the incredible men and women making a positive impact on their South African communities in the 21st century. 21 Icons South Africa is based on the belief that, in each of us, lies the potential to act as catalysts for profoundly positive changes to our world.Through sharing the remarkable stories of people who have devoted their lives to struggle for the greater good of mankind, it is hoped that new generations can be inspired to follow in the proud footsteps of these iconic men and women.

One of the 21 icons, is Tracker Academy trainer, Karel Benadie. Karel is a master tracker, one of only a handful of people in South Africa accorded this status. Karel is based at Samara Game Reserve near Graaff-Reinet in the Eastern Cape, where he shares his extraordinary knowledge with young trackers from disadvantaged rural communities. He is extremely proud of his work at the academy, and rightfully so — almost 95% of the graduates find permanent employment in the tourism and conservation fields. Perhaps more importantly, is the transfer of extremely scarce indigenous skills to a new generation.

And for Karel this is vital. “People must get involved in nature,” he says in 21 Icons, “because if you look at all the things in nature sticking together – the plants and animals, and human beings – we are all one, it’s our family.” Watch the film here.

Peace Parks Foundation proudly supports the SA College for Tourism. The college was established in 2001 by the late Dr Anton Rupert, then chairman of Peace Parks Foundation. The foundation’s long-term support of the SA College for Tourism serves to develop staff for the many peace parks tourism initiatives. In 2010 the Tracker Academy was established with the aim of preserving the age-old traditional knowledge and skill of tracking.