Punda Maria gets a facelift 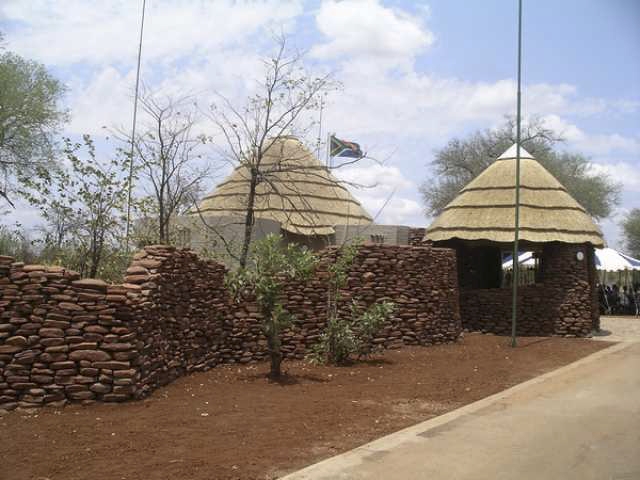 Punda Maria Camp has received seven luxury tents and a swimming pool, valued at around R2.5-million, and Punda Maria Gate has received a new building, reception area and ablution blocks, valued at R1.9-million. Both projects are part of the KNP’s R40-million infrastructure upgrade as part of the Great Limpopo Transfrontier Park initiative. Funding for this infrastructure upgrade, which also includes the upgrade of Pafuri Gate, the upgrading or rebuilding of the road network in the North and Far Northern regions of the KNP and the Giriyondo Border Post project, has come via the South African Government’s Department of Environmental Affairs and Tourism (DEAT).

Costing R2.1-million, the seven new luxury tents fit in with the Kruger National Park’s tourism strategy of providing diversified tourism products for its tourists. The tents, which are the first of their kind in the Far Northern Region, also coincide with the KNP’s wilderness ideal of getting tourists back to a more natural bush experience.

One of these luxury tents has been designed according to universal handicapped tourist principles so that everyone can have the opportunity of enjoying a Kruger National Park experience.

Built to the same theme as the swimming pool at the Skukuza Day Visitor’s Area, the new swimming pool is the latest in style and comfort and truly adds value to Punda Maria Camp, which often experiences daytime temperatures of over 45 degrees C. It was constructed at a cost of R430 000.

The new Punda Maria Entrance Gate has been designed and built with the expected increase of traffic as a result of the Limpopo Transfrontier Park in mind. Costing R1.9-million, the new gate complex has been built with technology in mind and there is a dedicated lane for Wild Card holders. Apart from the gate itself, there are other buildings including a reception area and an ablution block.

The complex has also been moved from its present position to a site at the actual boundary of the Kruger National Park.

“And now we stand here at Punda Maria, celebrating the opening and upgrade of this camp, which is situated in an area that has been described as the Kruger National Park’s birding paradise. As you drive around this area, ladies and gentlemen, look around and you will see amazing biodiversity and unlocked beauty waiting for you. It is this natural beauty, together with the promises of the GLTP that we believe will attract tourists in their droves to this area. “The construction of seven luxury tents here at Punda Maria bodes well with the KNP’s tourism product diversification plan, which basically means that our tourists will be given more options to make their visits more interesting and exciting. It also fits in well with the concept of Wilderness, which is aimed at bringing people closer to nature.

“But, to give visitors to Punda Maria a chance to shake off the heat — which this area is famous for! — we have included a much-needed swimming pool. I am sure you will agree that this will bring Punda Maria in line with the other tourist camps in the KNP,” Dr Mkhize said during his address at the opening function. In the immediate future, visitors can expect further developments in the Punda Maria region, which will include an environmental education center — to showcase a cultural/historical experience — and a Day Visitor’s Site similar to other day visitor’s sites at Lower Sabi and Skukuza.

Almost lost for words in, yes, a living tapestry