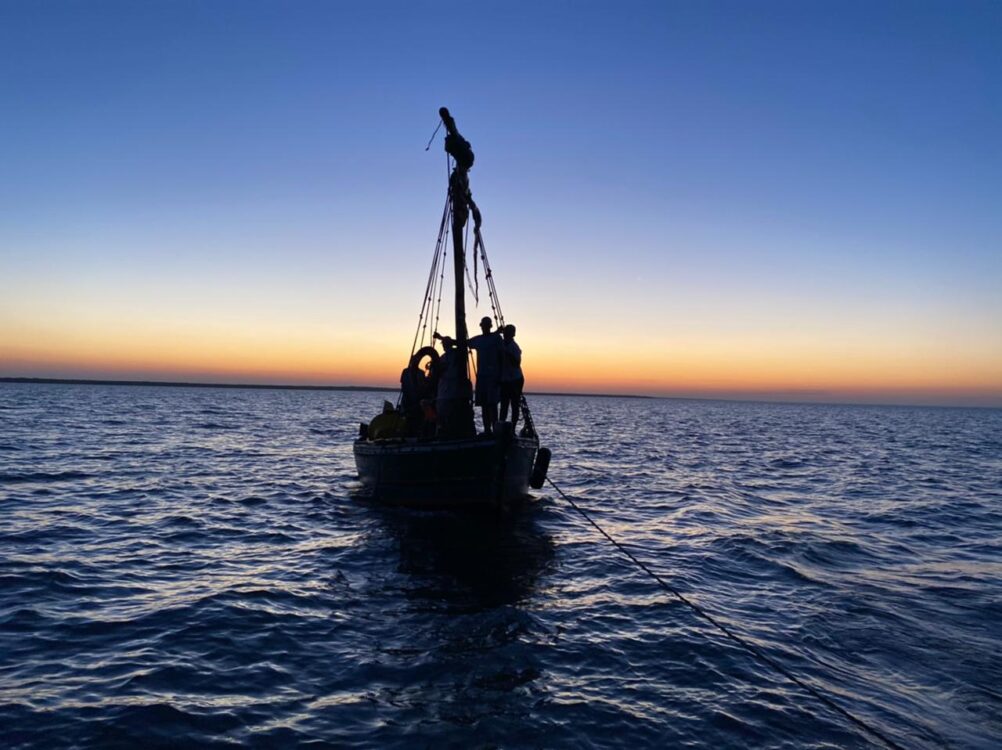 Communities residing along Maputo Bay, in the Ponta do Ouro Partial Marine Reserve (PPMR) in Mozambique, have taken a decisive step towards protecting crucial marine life and aquatic food resources, with the recent demarcation of fishing areas and sanctuaries for marine species reproduction.

These communities, which rely on healthy fisheries to sustain their livelihoods, completed the project with the support of Peace Parks Foundation and Rare, which oversaw the organization of community consultations, carried out surveys of ecological conditions and allocated signal buoys around the identified areas.

PPMR lies within the Lubombo Transfrontier Conservation and Resource Area, adjacent to Maputo Special Reserve, and is part of the first marine transfrontier conservation area in Africa – the Ponta do Ouro-Kosi Bay TFCA that connects the reserve with Isimangaliso Wetland Park in South Africa. It contains vital breeding grounds for fish, turtles and marine mammals. Preserving these areas is therefore integral for the future of both conservation and communities.

The fishing demarcation initiative aims to establish boundaries for community fishing and protect sanctuaries along this biodiverse and beautiful coastline. The first demarcated areas, close to the mouth of the Maputo River, have been identified as providing the ideal conditions for the reproduction of many plant and animal marine species, including seagrasses, corals and various fish.

This project also aligns with Peace Parks’ endorsement of the RISE UP Blue Call to Action, a joint call by civil society, fisherfolk, Indigenous peoples and philanthropic organisations to promote bold action in safeguarding oceans.

It is estimated that more than 800 million people world-wide depend on small-scale fisheries and aquaculture for their livelihoods.

Aquatic food produced from ocean and other bodies of waterlakes and rivers have an essential role to play in achieving food security, ending malnutrition and building healthy, nature-positive and resilient food systems. One of the key goals of the RISE UP campaign is to sustainably manage the world’s fisheries and safeguard the livelihoods they support, while protecting and restoring threatened and endangered species, habitats and ecological functions.

Peace Parks supports various projects in southern Africa’s transfrontier onservation areas that aims to reduce pressure on marine resources, providing communities with alternative and sustainable livelihoods, which significantly contributes to the conservation of biodiversity. In Mozambique, a specialised fisheries project in villages around the Maputo Special and Ponta do Ouro Partial Marine reserves, trained farmers in tilapia production methods and assisted in setting up cultivating farms. In 2020, the farmers produced enough fish in Buthi Lagoon, Machangulo, to feed their families as well as sell at the local markets. In the same area, fishermen and women are being equipped and trained in the art of farming mussels on longlines.