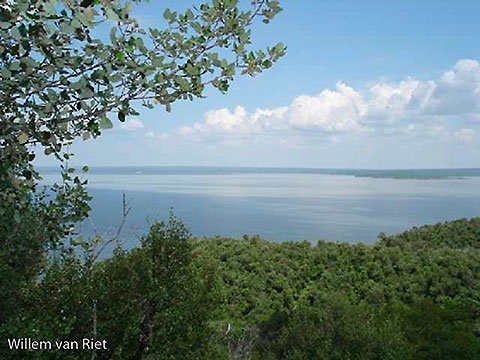 On 7 December 2005 the Giriyondo Access Facility was opened, which allows for the movement of vehicles from Kruger to Limpopo National Park (LNP) either as visitors to the park or to travel through the park to the coast. The total number of vehicles that used Giriyondo between 7 December and 2 January was 1 057, generating an income of R153 000 for the park.

Although this is not a large amount, it illustrates a turn-around point in the development of the LNP where for the first time tourism is beginning to contribute to the ultimate sustainability of the park.

Giriyondo consists of two buildings of similar design which are manned by officials from the relevant departments of both countries. The officials take their jobs seriously and all procedures are diligently adhered to. Following customs clearance, we embarked on a journey down the main arterial road of the LNP on the way to the Massingir Dam.

The first 30km of the 70km is a good gravel road suitable for all vehicles. The Machampagne Wilderness Camp to the right of this access road and on the banks of the Machampane River is a beautifully constructed rustic tented wilderness camp, from where wilderness trails are conducted.

Explore the Limpopo National Park from its first luxury camp