Minister Sumbana said that this was a major development in the establishment of Africa’s first marine TFCA. The Minister added that the declaration of the Marine Protected Area was a vital step in protecting the leatherback and loggerhead marine turtles that lay their eggs on the east African coastline, with an exceptional high density along the pristine beaches of the Maputo Special Reserve that act as a sanctuary during the breeding season.

As is the case with other TFCA initiatives, the marine programme is again a partnership between government, local communities, donors and NGOs. In this instance, the Maputo Special Reserve and Marine Protected Area are being developed by the Mozambique Government in partnership with Peace Parks Foundation, with major support by the World Bank, the Principality of Monaco, Turing Foundation and WWF Netherlands.

The Ponta do Ouro-Kosi Bay Marine Transfrontier Conservation Area is one of five TFCAs in the Lubombo TFCA and the latter is one of twenty existing and potential transfrontier conservation areas in the Southern African Development Community (SADC) region. 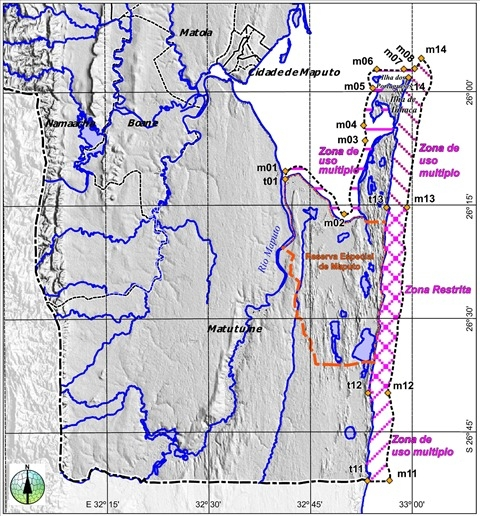