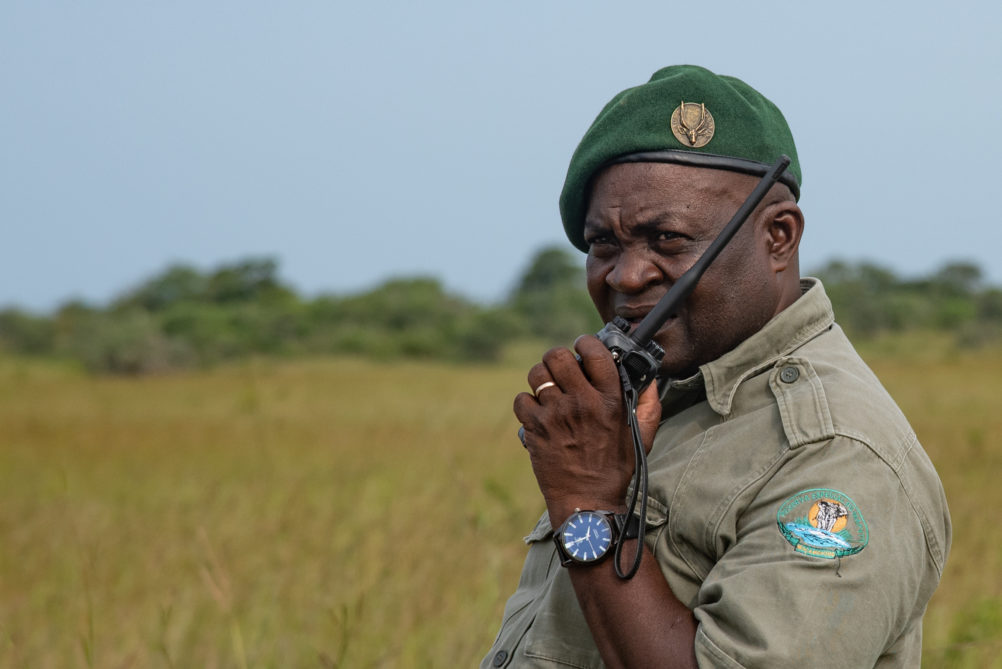 Natercio Ngovene, Head of Anti-poaching in Mozambique’s Maputo Special Reserve, has just been announced as a recipient of the 2020 African Ranger Award – a prestigious accolade presented by Paradise Foundation International and Alibaba Foundation. The award honours rangers across Africa who go beyond the call of duty in the battle against wildlife crime and play a pivotal role in protecting and conserving natural heritage and biodiversity. This year, Natercio was one of 10 rangers selected for this meaningful tribute – celebrating his contribution to stabilising green crime in Maputo Special Reserve’s 1 500 km2 conservation space.

This year, we received 119 nominations from 19 countries. All the nominees have made great efforts to protect Africa, especially in this difficult period, they are still on the front line. Choosing the final winner is indeed a very difficult decision. After careful consideration and reviews of the judging panel, we chose 10 rangers as the Award winners. They are the best of the best among the cohort. Congratulations to our 10 Award winners and their teams!

Natercio is a friendly father of six and grandfather of eight. He is generous with his smiles and quick with a joke. However, on the job, he is a force to be reckoned with, directing operations with great tactical efficiency, and demanding great respect from the field rangers he leads.

He still remembers a different time: “When I first arrived here it felt like a war zone. We were only 15 rangers against a considerable number of poachers. If you did not know any better, looking at the sheer number of lanterns glowing at night and listening to the frequent sound of gunfire, you would’ve thought it was a hunting resort. Now, I can honestly say that we now have poaching under control, and the Reserve is thriving.”

In 2019 alone Natercio and his team removed 1,270 snares, confiscated 12 firearms and made 44 arrests, whilst also halting illegal charcoaling in the reserve’s buffer zone. In this now much safer haven, wildlife numbers increased by 42% since 2016, with an animal population of around 9,000 estimated. 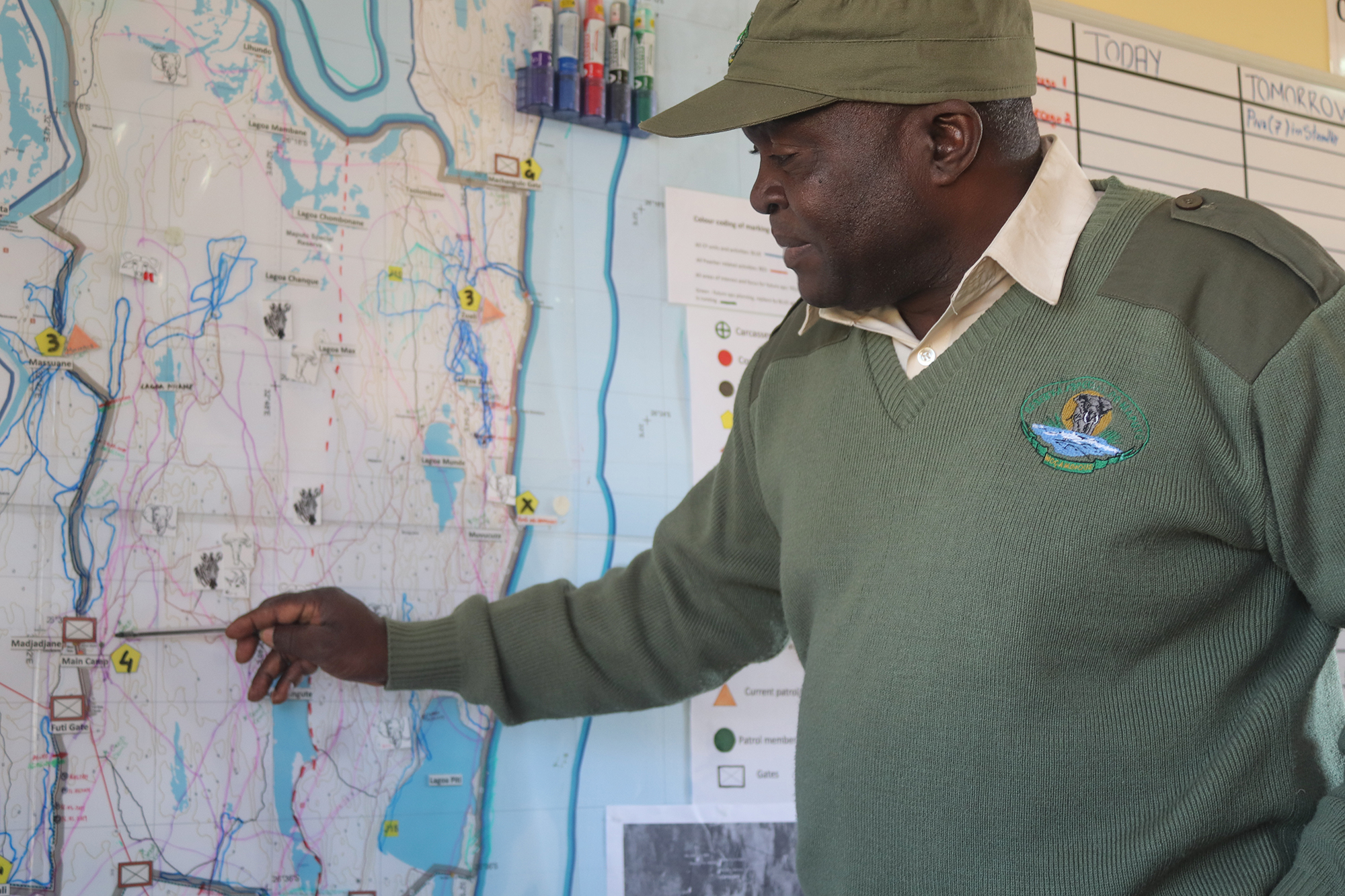 He believes this is the result of the joint and coordinated work of well-trained rangers, as well as the support given to capacitating the anti-poaching force with much-needed equipment and infrastructure. “We now have 60 well-trained field scouts and guards, a helicopter for aerial patrol and quick reaction, as well as a digital radio system and access to a specialised team of anti-poaching operators that help guide our missions.”

“Of course, there are still signs of poaching within the reserve. We keep removing snares and traps set by subsistence poachers who target small antelopes, and our larger mammals remain under threat from wildlife crime syndicates. But we will stand firm – focused on developing the reserve, supporting the surrounding communities, and protecting each animal that lives within its borders.”

In 2019, Natercio celebrated ten years of service in Maputo Special Reserve. On this auspicious occasion he gathered his friends, family, and colleagues at the spot where he and his team arrested their first poacher. “It was an opportunity for me to thank the people who helped me get to where I am today, especially Mozambique’s National Administration for Conservation Areas (ANAC) and Peace Parks Foundation.” 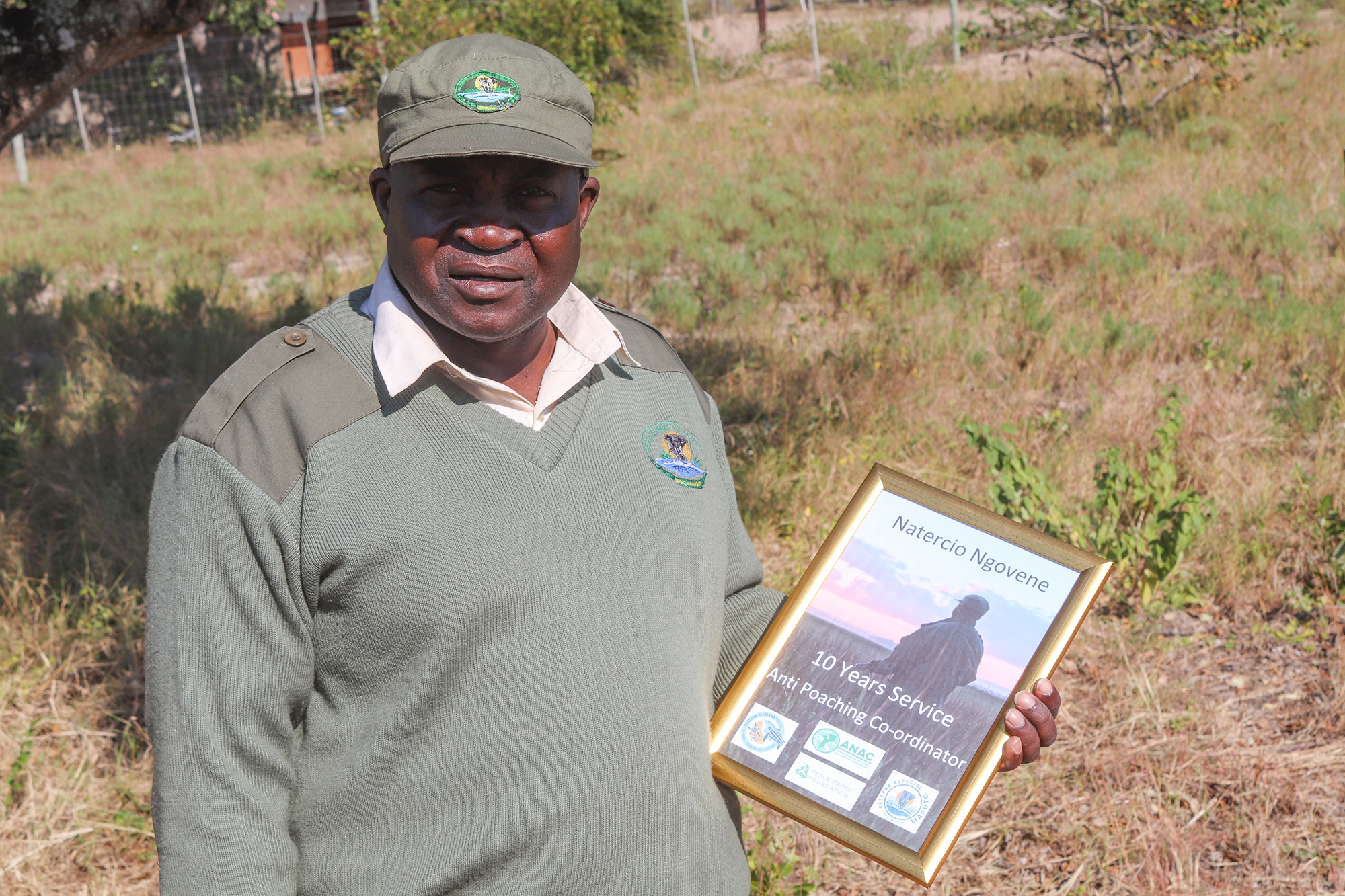 Natercio overcame a multitude of obstacles, crossed several borders, and gave up many things to follow his passion. Read more about Natercio’s amazing journey into conservation

As the threats to the protection of our natural resources continue to escalate, and the multitude of factors that influence the sustainability of conservation areas become increasingly more complex, it is crucial to develop and grow a skilled workforce that can take on modern conservation challenges. For this reason, Peace Parks utilises donor funding to support the employment of men like Natercio, who are responsible for so many successes in Mozambique’s conservation areas.

Peace Parks has been a partner of the ANAC for almost two decades, providing co-management, technical and financial support for the development of the Mozambique components of the Lubombo and Great Limpopo Transfrontier Conservation Areas.