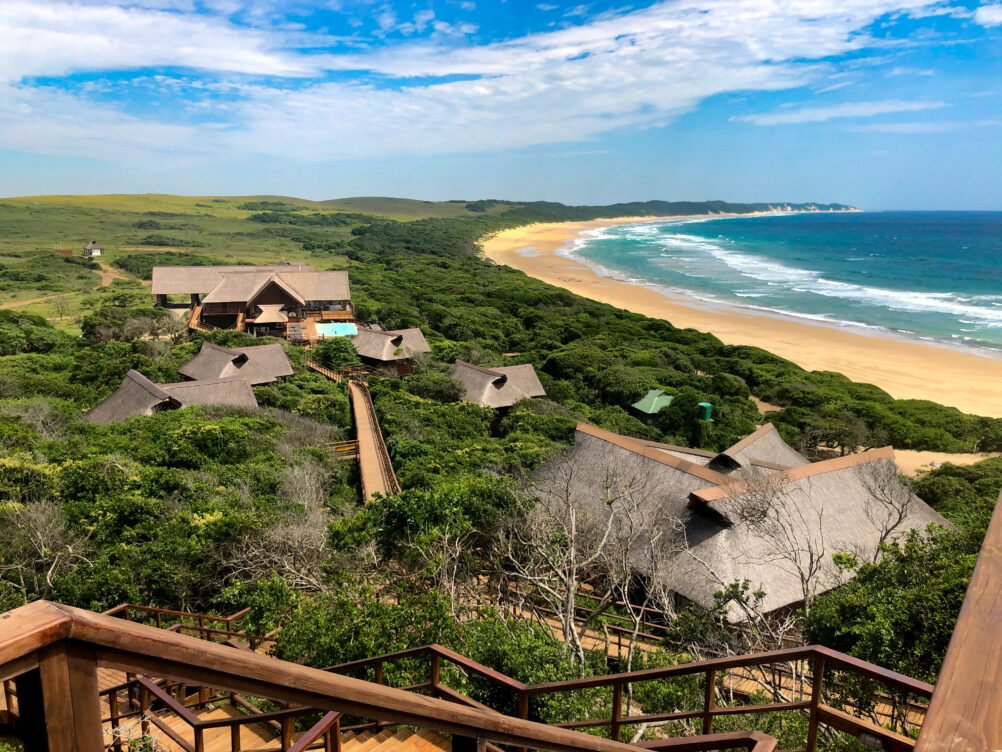 On 7 December, Mozambique’s Council for Ministers issued a decree to formally merge the spectacular terrestrial and marine ecosystems of Maputo Special Reserve and Ponta do Ouro Partial Marine Reserve into one conservation area —the new Maputo National Park.

The proclamation of the 1 700km2 park follows two decades of intensive development and restoration activities led by the country’s National Administration for Conservation Areas (ANAC) and Peace Parks Foundation.  In 2018, ANAC and Peace Parks entered into a new 15-year partnership agreement with the emphasis on jointly developing the two reserves to achieve self-sustainability through a unified management plan – a mission that was the driving force behind the application for and eventual proclamation of the new national park. 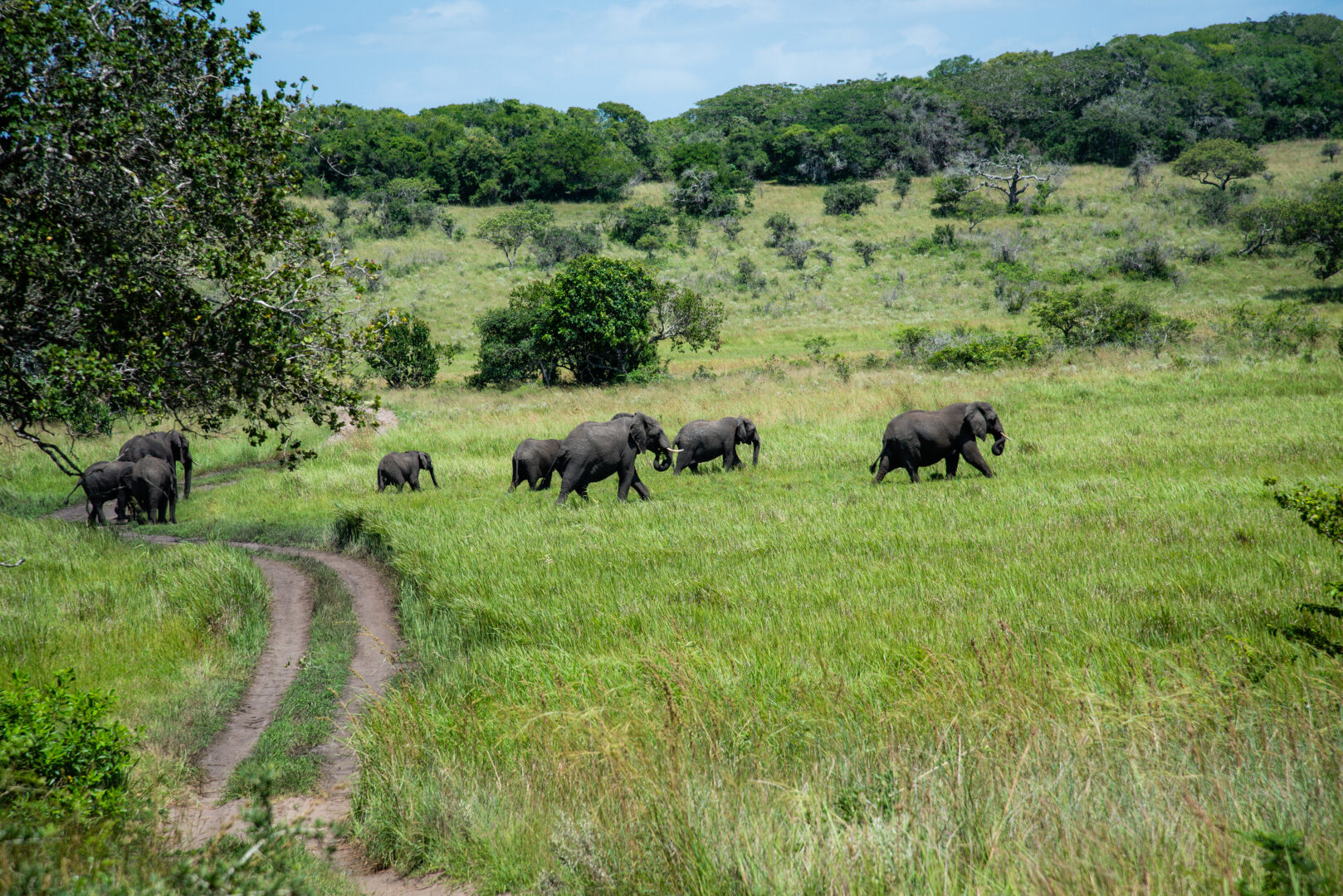 The decree increases the legal protection of this conservation space and elevates its status to Category II under the International Union for Conservation of Nature’s (IUCN) classification of protected areas.  According to this status, National Parks are defined as natural or near natural areas set aside to protect large-scale ecological processes, along with the complement of species and ecosystems characteristic of the area, which also provide a foundation for environmentally and culturally compatible spiritual, scientific, educational, recreational and visitor opportunities. Protected areas within this category does not allow commercialisation of land and water, and will not generally have any resource use permitted except for subsistence or minor recreational purposes. In addition to protecting larger-scale ecological processes , a major role of national parks in the landscape, however, is to provide ecosystem services as well as support compatible economic development, mostly through recreation and tourism, that can contribute to local and national economies and in particular to local communities.

We applaud the Government of Mozambique for taking this momentous step forward in enhancing the protection of a region that is unmatched in its biodiversity and eco-tourism potential. The establishment of Maputo National Park will further promote the outstanding tourism attractions of the area and increase awareness regionally and globally. Most importantly, national park status will greatly assist with achieving the ultimate objective of creating a self-sustaining park that generates income for communities and contributes significantly to the economy of Mozambique

The park falls within the Maputaland-Pondoland-Albany Biodiversity Hotspot, one of 36 hotspots that are regarded as being amongst the most biologically diverse and endangered ecoregions on earth.

According to a media statement released by Mozambique’s Ministry for Land and Environment, the decree “aims to guarantee the protection, conservation, preservation and integrated management of flora, wildlife and marine life, as well as the protection of sites, landscapes and geological formations of scientific, cultural and public recreation value, representative of the national heritage.”

Peace Parks has been involved in supporting the Lubombo Transfrontier Conservation Area, with a specific focus on the Mozambique components that include Maputo Special Reserve, since 2006. In 2009, Peace Parks also played an instrumental role in the declaration of Ponta do Ouro as a marine reserve, thereby establishing Africa’s first marine transfrontier conservation area linking up with South Africa’s iSimangaliso Wetland Park, a World Heritage Site. 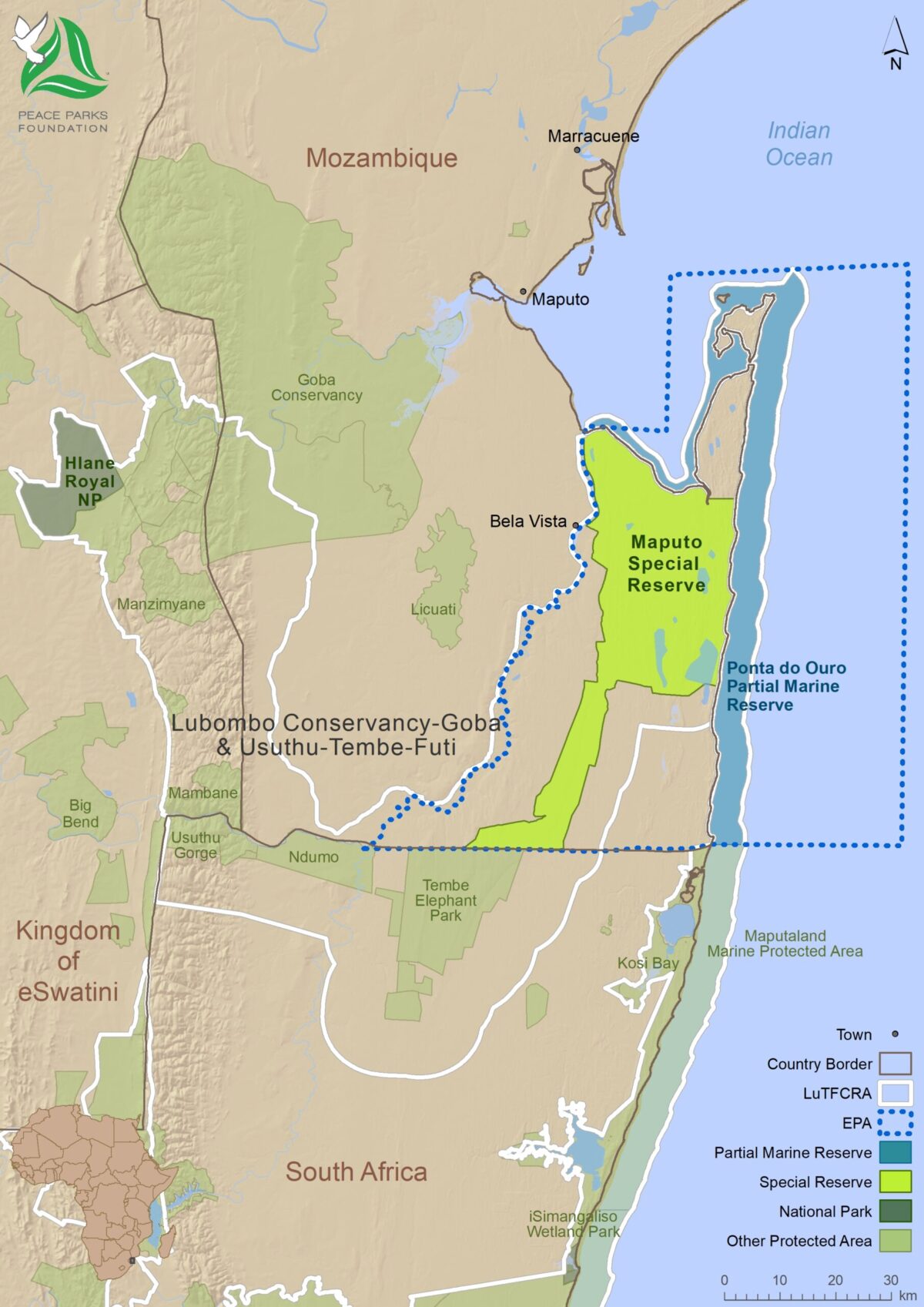 A process was also initiated to present Maputo Special Reserve and Ponta do Ouro Partial Marine Reserve to the United Nations Educational, Scientific and Cultural Organisation (UNESCO) for assessment and approval as a World Heritage Site, an extension of the adjoining iSimangaliso Wetland Park in South Africa which already carries World Heritage status. The intention was to submit the two Mozambique reserves as one under the category of Natural Heritage of Humanity. With the reserves now legally unified as Maputo National Park, this process will also be greatly enhanced. Plans are to submit the official application early in 2023.

Since 2010, a rewilding program has translocated almost 5 000 animals into Maputo Special Reserve, reintroduced 11 species that had become locally extinct, and most recently returned apex predators, with the release of cheetah, back into the park. Total wildlife numbers have now grown to an estimated 16 000 animals, signifying the success of intensified ecological management and protection of wildlife and their varied habitats – coastal lakes, wetlands, swamp forests, grasslands and mangrove forests – combined within the park. 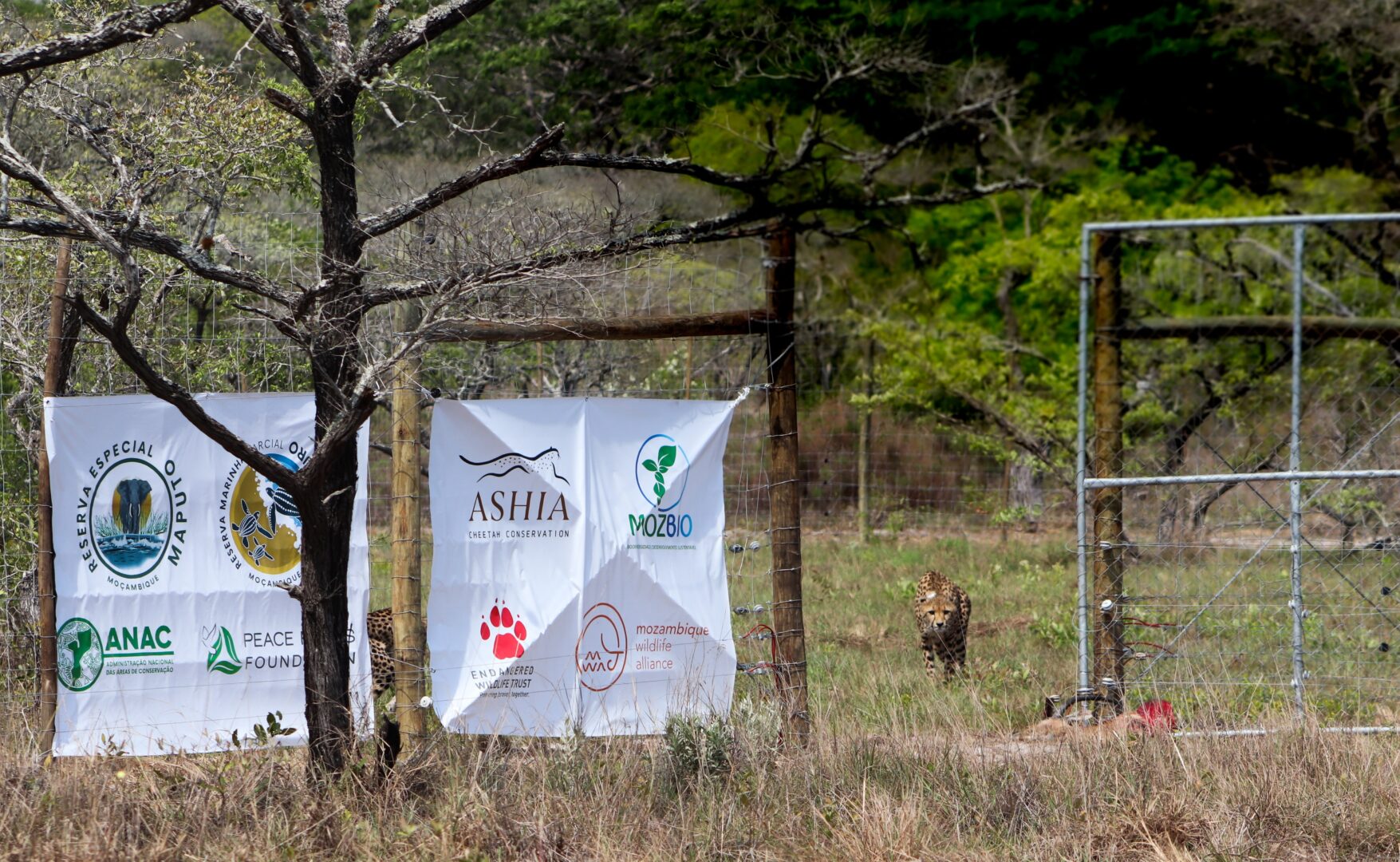 The adjacent Ponta do Ouro Partial Marine Reserve, guards an extended marine protected area that stretches 18 nautical miles out into the Indian Ocean. The beaches are Mozambique’s most important nesting sites for endangered leatherback and loggerhead turtles, while the ocean provides fertile breeding grounds for a dazzling array of other marine wildlife, including whales, dugongs, various shark species and the largest aggregation of giant trevally in the world.

Peace Parks has also played a leading role in enhancing the livelihoods of communities living in and around the reserves, through various projects that address skills training, conservation agriculture, reproductive health, education, and sustainable natural resource use, amongst others.

With the protected area well secured, robust management structures established, adequate alliance with the local community, and ecosystems sufficiently recovering, a core focus for Maputo National Park will be the development of tourism infrastructure with the aim of generating sufficient revenue for the Park to sustain itself. Three lodges, a network of exclusive camping sites, and 4×4 trails for those adventurous in spirit, are set to be fully operational by the end of 2022. As a main tourism attraction in southern Mozambique, Maputo National Park is set to contribute significantly to economic prospects of the region, its people and the protection of its natural heritage. 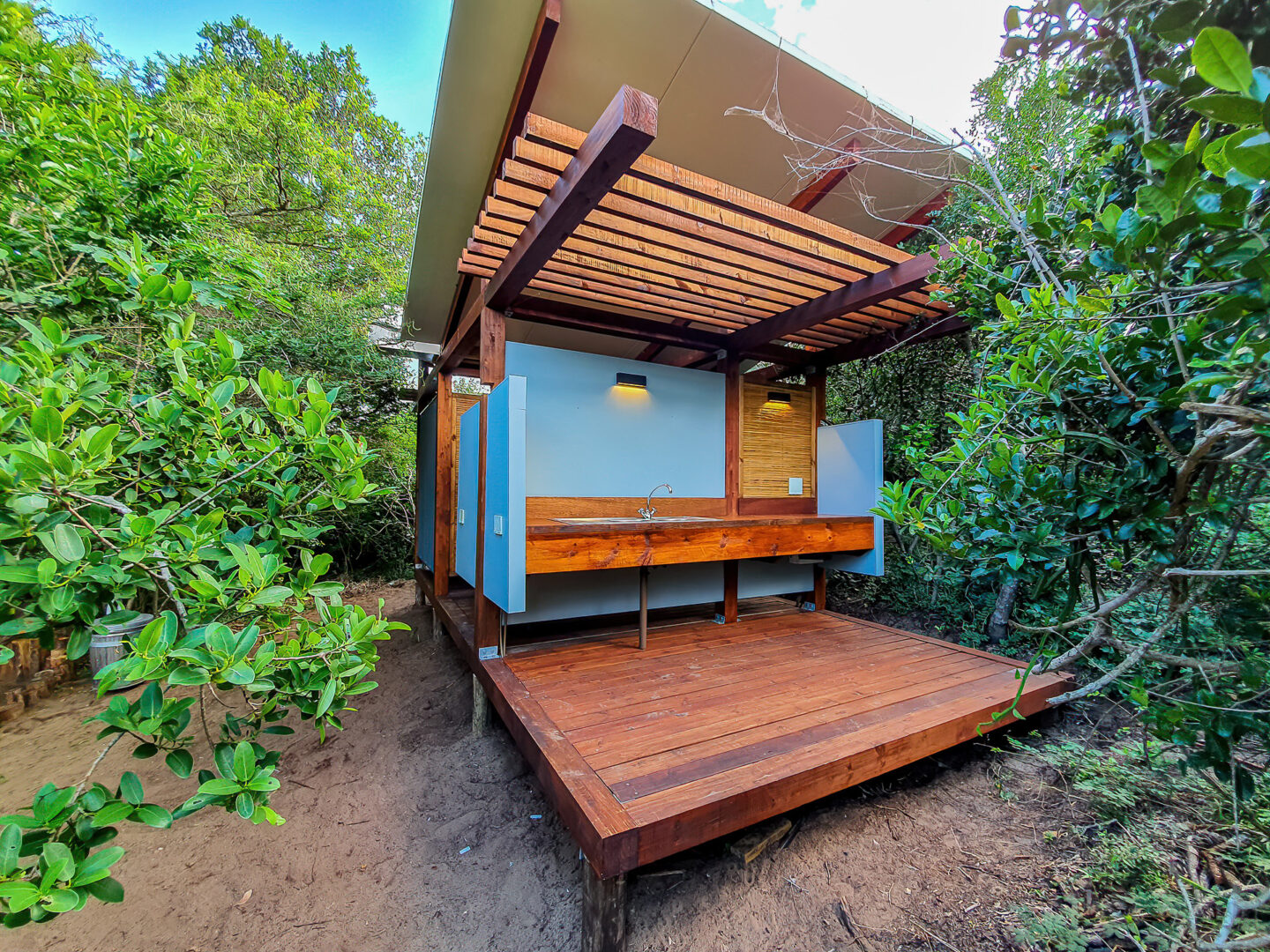 Reducing the impact of COVID around Mozambique’s national parks

Message from our CEO: Restoring ecosystems in the new ‘normal’