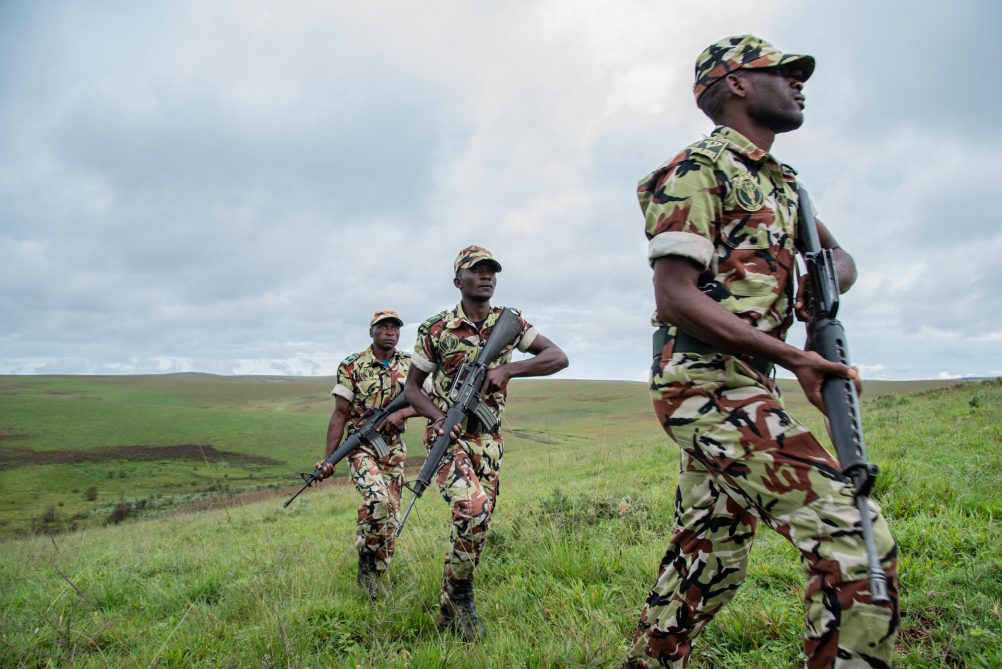 “Capacity building in the fight against wildlife crime is integral in the promotion of domestic and international tourism”, said the Minister of Tourism, Culture and Wildlife, Michael Usi, at the Malawi Police College in Zomba where he officially concluded six weeks of advanced training for 12 Intelligence and Investigation Officers, from the Department of National Parks and Wildlife.

The aim of the course was to better equip the officers to bolster anti-poaching initiatives and disrupt wildlife crime.

The Minister challenged the officers to treat these skills with discipline and integrity, as Malawi is endowed with a rich biodiversity, characterised by the number of species, diverse habitat and ecosystems that provide a range of bio-network goods and services that are vital in the socio-economic development of the country.

Further, the Minister said that discipline is crucial in intelligence and investigations and therefore the officers should not dilute their skills into public knowledge and avoid mingling with poachers.

The training was financed by the German Government through KfW, in partnership with Peace Parks Foundation, through the Malawi-Zambia Transfrontier Conservation Project (Transfrontier Management Unit).

Just a month after graduating, the officers, in collaboration with a network of informants, gathered critical information about notorious poachers on the Malawian side of the Malawi-Zambia transfrontier conservation area. This led them to two suspects trying to sell contraband on the black market. Following quick action from the team, the two were caught with two tusks at a specially mounted roadblock. In this instance, it is told that they did not poach the elephant that the tusks originate from, but they found the tusk whilst attempting to poach, and of course the mere fact that they did not turn over their find, is illegal. The case was registered at the Chitipa Police station and the two are expected to face charges of illegal possession of endangered species trophies. 𝗪𝗲𝗹𝗹 𝗱𝗼𝗻𝗲 𝘁𝗼 𝗼𝘂𝗿 𝗶𝗻𝘁𝗲𝗹𝗹𝗶𝗴𝗲𝗻𝗰𝗲 𝘁𝗲𝗮𝗺!

The fight against the illegal ivory trade continues on a global scale, so too the fight against cross-border elephant poaching for ivory. A mere three decades ago, more than 300 elephants graced the steep foothills of the Nyika Plateau spanning the international boundary between Malawi and Zambia within the Malawi-Zambia TFCA. Extreme poaching resulted in an estimated 67% decline in the elephant population since 1992. Peace Parks now supports vital anti-poaching operations in Nyika National Park. Through ongoing anti-poaching efforts, and the rewilding of 32 elephants to the area, the population is slowly being re-established. Hundreds of snares and gin traps are removed every month. Between 2018 and June 2020, 12 suspects in possession of ivory were arrested and convicted with jail sentences ranging from 5 to 15 years by the Rumphi Senior Magistrate Court.

Protecting livelihoods in Malawi amidst the COVID-19 pandemic