Minister welcomes a new age for conservation in Malawi 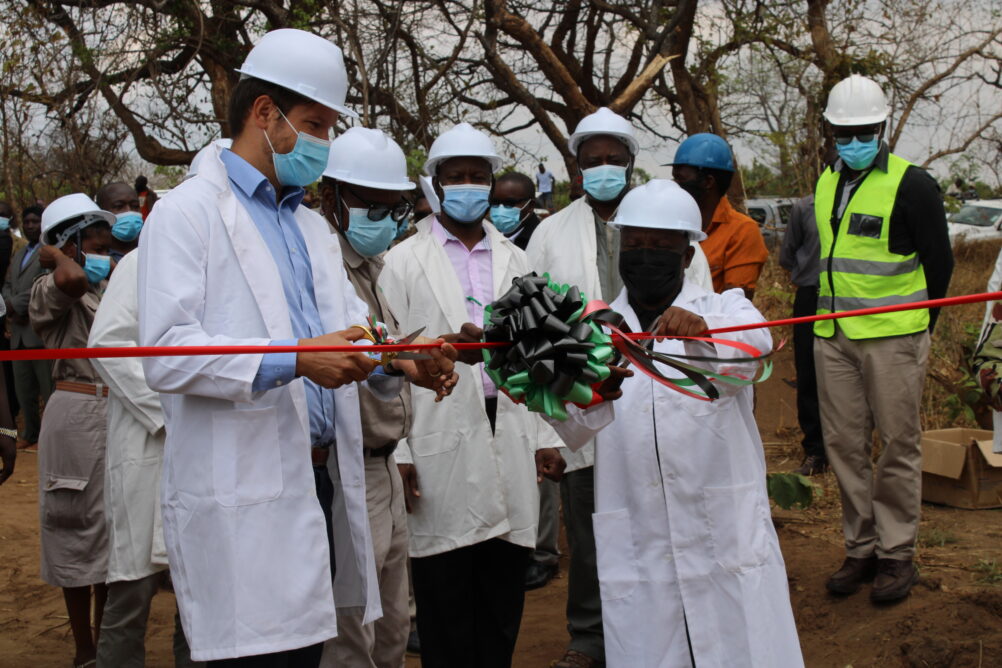 The development of two of Malawi’s ecologically-crucial wilderness areas, Nyika National Park and Vwaza Marsh Wildlife Reserve, is progressing in leaps and bounds. The country’s Minister for Tourism, Culture and Wildlife, Hon Dr. Michael Usi visited the parks recently to experience first-hand a range of crucial projects that are being implemented to address water security, housing, mitigation of human-wildlife conflict and environmental conservation.

The Minister and his delegation were accompanied by representatives from Peace Parks Foundation, Malawi’s Department of National Parks and Wildlife (DNPW), the German Embassy in Malawi, and traditional leaders. Projects visited by Minister Usi included the renovation of 136 staff houses and admin offices, the inauguration of a 70km solar-powered electric fence around Vwaza Marsh, the rehabilitation of ground water sources such as dams, and the fitting of a satellite tracking collar on a zebra on the Nyika Plateau. These and a host of other projects are funded by the German Federal Ministry for Economic Cooperation and Development through the German Development Bank (KfW) and implemented by Peace Parks, in collaboration with communities and the DNPW.

“The purpose of this tour is to appreciate the progress made in Vwaza Marsh and Nyika. All that you are doing for our people is commendable,” said Minister Usi. “As communities, government, investors and donors, let us work together for the people of this country, so that they can benefit from the parks here.”

Both parks form part of the Nyika-North Luangwa section of the Malawi-Zambia Transfrontier Conservation Area. Peace Parks has played an instrumental role in the establishment and management of this transfrontier conservation area.

Our interests and commitment is to continue supporting the work of everyone involved. We are pleased that the programmes in place have put communities in the driving seat.

Better infrastructure for staff and tourists

Since field activities got off the ground in earnest in 2011 (through initial support from the World Bank’s Global Environment Facility and the Norwegian Embassy in Malawi), Nyika and Vwaza Marsh have become a hive of activity. Infrastructure development has included the construction and upgrading of roads and bridges, the provision of electricity to management facilities and upgraded accommodation establishments.

Through KfW funding, a further priority has been to improve the working and living conditions of the staff employed in the reserves, so that they are better equipped to carry out their essential tasks. A project is currently underway that will see 136 staff houses and office blocks being fully renovated – 98 in Nyika and 38 in Vwaza Marsh.

“We are delighted to see houses being delivered. We must make sure that we construct and rehabilitate good houses,” Minister Usi said.

Ensuring water and food security in the face of climate change

Nyika National Park is a critical water catchment area that protects the immensely biodiverse Nyika Plateau, which provides an estimated 10% of all the water that flows into Lake Malawi — the ninth largest and third deepest freshwater lake in the world.

The protection of Nyika National Park is vital to ensure the aquatic resilience of this hugely important water catchment area, upon which at least nine million people are directly dependent. With strengthened governance and innovative management partnerships, including involvement from communities, we can preserve this freshwater source for future generations

Lake Malawi sustains 80% of Malawi’s population with water for subsistence and commercial agriculture, and protein from fishing. Further to this, 90% of the country’s electricity supply depends on outflows from the lake. Securing the catchment area is critically important not only for the country of Malawi, but also the neighbouring countries of Mozambique and Tanzania, which similarly depend on the lake.

To bolster water security in Nyika National Park, dams are being rehabilitated from the effects of erosion and scouring of spillways caused by previous poor maintenance, which resulted in weakening of the dam walls and possible collapse.

Protecting the plateau and ensuring sustainable provision of water and alternative livelihoods to rural communities ties into the key focal areas of Germany’s bilateral cooperation with Malawi, which include climate change mitigation, biodiversity conservation, health and social protection and the “One World — No Hunger” special initiative.

Food security around the national parks is being strengthened through an array of innovative agricultural programmes, implemented in partnership with local organisations such as Total LandCare, which are benefitting tens of thousands of households.

The DNPW and Peace Parks have put remarkable efforts into securing the two reserves, to protect the incredible biodiversity within them, while simultaneously ensuring that communities can benefit from these endeavours.

The 980km2 Vwaza Marsh Wildlife Reserve, with the beautiful Lake Kazuni at the north eastern corner and the marsh in the centre of the reserve, is home to Mopane and Miombo woodland and marshy wetlands, providing a fertile haven for wildlife.

Meanwhile, the 3200km2 Nyika National Park – an incredibly scenic montane environment with an average elevation of more than 2 000 metres – is Malawi’s oldest national park. It is included in the Global 200 Ecoregions, which comprise the most outstanding and representative habitats for biodiversity on the planet. The park boasts more than 200 species of orchids, 420 species of birds, 120 species of butterflies, Africa’s highest concentration of roan antelope, and three of the Big 5 (buffalo, elephant and leopard), along with a variety of plains game. Many of these species are endemic to the area.

“To combat illegal and unsustainable use of these rich natural resources, counter-poaching has been a key focus area. The number of rangers, well-trained in intelligence gathering and use of advanced technology, has increased to 50 in Nyika and 45 in Vwaza Marsh, which has markedly reduced incidents of illegal activities in the parks,” Humphrey Nzima, Peace Parks’ Malawi Country Manager, pointed out.

Aerial counter-poaching support has been provided by a plane, as the formation of rapid response units, also comprising specialised rangers and canines, takes shape. During Minister Usi’s visit, he was introduced to three tracking dogs that have just arrived in Nyika to bolster counter-poaching efforts.

Human-wildlife conflict is also being addressed through another major milestone — the activation of a 70km electrified fence surrounding Vwaza Marsh. This will be instrumental in protecting both the communities surrounding the reserve as well as the elephant and other wildlife populations resident within Vwaza. These and other species of high conservation importance have increased in numbers in recent years, through enhanced protection efforts and increased levels of migration from Zambia. 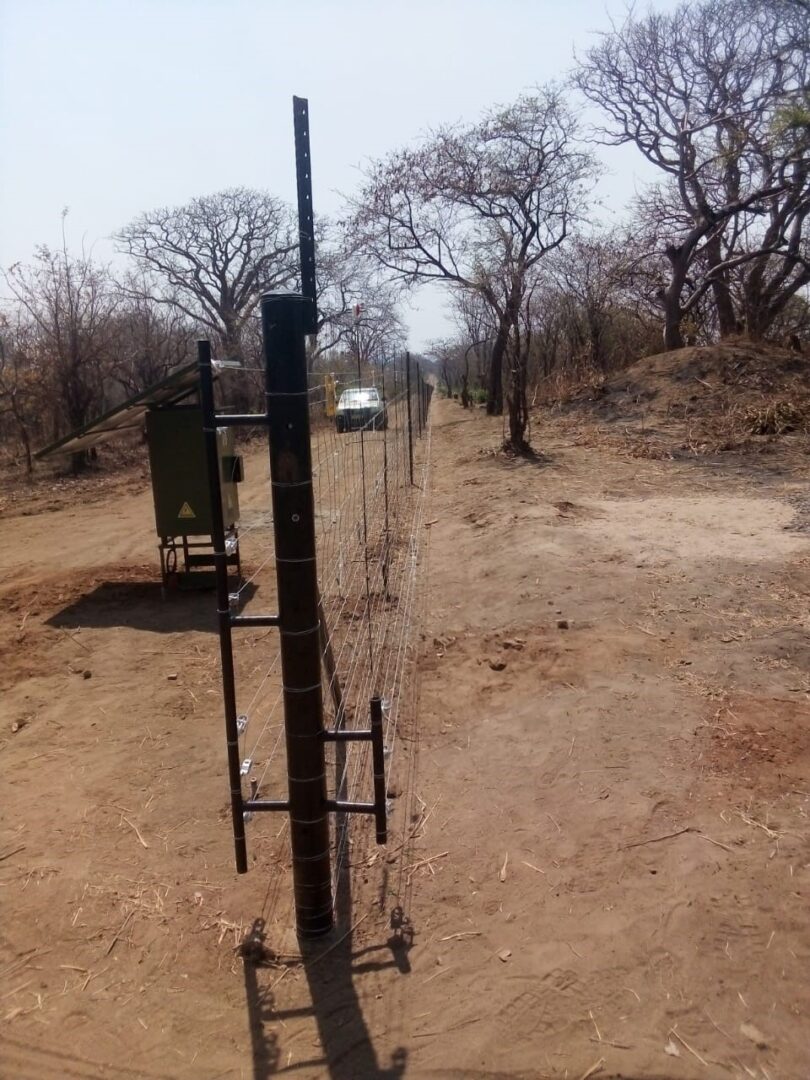 Peace Parks Foundation is proud to contribute to the development and protection of Malawi’s conservation areas and grateful to all our donors, and specifically the German Ministry of Economic Cooperation and Development and KfW as implementing partner, for their unwavering commitment and support. It is only through collaborations such as these, that our planet’s most precious resources will be protected to ensure that the balance between people and nature is restored.

Statement on the loss of a cheetah in Maputo Special Reserve