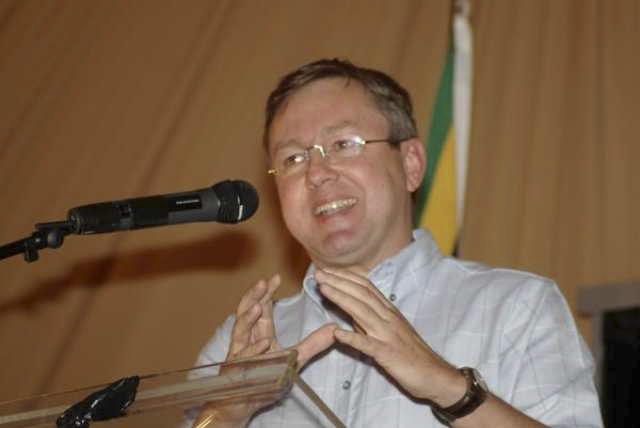 Following is the media release by Limpopo Tourism and Parks on the opening of Mapungubwe National Park:

In 1933 the University of Pretoria (UP) received a report of the discovery of a grave on top of a flat-topped hill, situated close to the flood plains of the Limpopo River. Soon after, the Illustrated London News reported the discovery as follows: “a grave of unknown origin, containing much gold work, found on the summit of a natural rock stronghold in a wild region.”

The subsequent archaeological project initiated by the UP revealed a further two graves. All three royal burial places contained gold and iron artifacts, as well as pottery and glass beads. The gold objects, including a sceptre, bowl and the now famous Mapungubwe rhino, were the relics of a once powerful African kingdom.

Credited as being the first indigenous monarchy of southern Africa, the Kingdom of Mapungubwe ruled the northernmost expanses of present-day South Africa between 1 000 and 1 300 AD. At the confluence of the Limpopo and Shashe rivers, where today the borders of South Africa, Botswana and Zimbabwe, the Iron Age kingdom thrived amid the lush bushveld and peculiar sandstone koppies. The narrowing juncture of the rivers resulted in an annual Nile-type deposit of fertile soil, ideal for the grand-scale farming that was needed to feed the thriving nation

Over the past decades, large-scale excavations revealed that the Mapungubwe Hill stood at the centre of a terraced settlement. The wealthy community kept domesticated cattle, sheep, goats and dogs. The charred remains of storage huts further reveal that they cultivated millet, sorghum and cotton. Human remains discovered in various graves confirm that they enjoyed a healthy and diverse diet.

In addition to the kingdom’s agricultural activities, foreign trade was equally important. Gold, ivory and animal skins were exchanged for glass beads imported via the African East Coast from traders as far away as Egypt, India and China. Skilled craftsmen turned the imported glass beads into garden roller beads, many of which were found at the neighbouring village known as K2. They also produced characteristic pottery, tools and body ornaments of iron, copper, bangles and figurines of humans and domesticated animals.

One of the most important legacies of the ancient kingdom is found in the new type of organisational structure it introduced to the area. The ruling elite separated themselves from the rest of the community, residing on Mapungubwe Hill with their followers living in two villages in the valleys below. This powerful social hierarchy left a permanent mark on the landscape as the hill was modified for the comfort of the few elite who lived there. Large quantities of soil were carried up to create an artificial platform for domestic dwellings and graves. Low walls were built to demarcate the entrance to the hill and to strengthen and define terraces and pathways. Holes were drilled into the rock to anchor house poles.

The changing rainmaking practices of the nation also played a role in the new class structure: the sacred leader no longer made the rain himself. Instead, he called on his ancestors to intercede with God on his behalf to bless the kingdom with rain. The king thus built his palaces on top of the old rainmaking site – the sacred Hill of Mapungubwe – to symbolise and strenghten his new role.

It comes as little surprise that Mapungubwe and K2 were proclaimed National Monuments in the early 1980s. In July last year, Mapungubwe was accorded World Heritage Site status. The Mapungubwe cultural landscape forever changed the settlement pattern and the cultural traditions of southern Africa’s Iron Age farmers. The Kingdom of Mapungubwe -“the place of many jackals” – was the most important settlement in the subcontinent. At the apex of its power, it extended over an area of about 30 000 square kilometers and it is believed that up to 5 000 people once lived around Mapungubwe.

When the onset of the Little Ice Age caused drought and crop failure, the powerful kingdom was forced into a Diaspora in 1 300 AD. With time, new social and political alliances formed and the centre of regional power shifted to Great Zimbabwe north of the Limpopo River

Today, the Mapungubwe World Heritage Site is contained within the 30 000 hectare Mapungubwe National Park situated just outside Musina in the Limpopo Province. The park was officially opened by the Minister of Environmental Affairs and Tourism, Marthinus van Schalkwyk, on national Heritage Day (24 September 2004). It was previously known as the Vhembe Dongola National Park. Mapungubwe National Park will ultimately form the centrepiece of the proposed Transfrontier Conservation Area, to be shared by South Africa, Botswana and Zimbabwe.

Mapungubwe Hill – also referred to as the Sacred Hill of the Jackal – is by far not the park’s only attraction, although it certainly is it’s most famous draw card. The beautiful, gold-infused landscape is already more than enough reason to visit the park. The variety of exquisite trees, game and bird life attest to the biodiversity of the area. In addition to lion, leopard and elephant, rhino were reintroduced to the area earlier this year. Magnificent baobabs still enthral visitors as much as they did the inhabitants of the ancient kingdom. Apart from Mapungubwe Hill, there are also countless more archaeological sites, San rock art, fossilised termite mounds and even fossilised dinosaur footprints waiting to be explored.

Over the past year and a half, South African National Parks (SANParks) structured tourism infrastructure inside the park in such a way that it stimulates tourism growth in the surrounding areas. Accommodation has deliberately been kept to a minimum, thereby ensuring that tourists utilise the lodges situated around Mapungubwe National Park. As a result of this successful strategy, a number of lodges have been established to cater especially for the park’s visitors. This in turn creates various opportunities for further economic empowerment in terms of the provision of local crafts, stock and hospitality-related services.

Accommodation inside Mapungubwe consists of the Leokwe Camp, the Venda-style main rest camp comprising self-catering cottages, a communal kitchen and a swimming pool. The Limpopo Forest Tented Camp offers self-catering units, but also boasts luxury and semi-luxury tent options. Up to 14 people can be accommodated in the luxurious Tshugulu Lodge set in a sandstone cliff, or guests can choose to rough it by staying at the Vhembe Wilderness Trail Camp.

A lot of the park’s tourism infrastructure is activity-based, given guests the liberty of engaging in self-drive and self-guide excursions. So for instance, the magnificent Treetop Walk and Hide allow visitors to stroll along an elevated boardwalk leading through the riverine forest. A Poverty Relieve Project ensures that the local community benefits economically and through the transfer of skills. Over the past two years, SANParks has created more than 1 000 job opportunities inside Mapungubwe National Park. The services of another 31 small, micro or medium enterprises were also utilised.

It is envisioned that the interpretive centre and museum earmarked for construction between 2005 and 2007, will create another 300 job opportunities. R47 million has already been set aside for this project. In the mean time, the park’s role as an educational facility is already evident from the almost daily requests from schools eager to teach their pupils the rich history of Africa’s greatest ancient kingdom.

Where the buffalo roam