[Maputo, 5 July 2017] On 3 July 2017 the tracks of three poachers were detected in the Intensive Protection Zone of Limpopo National Park, Mozambique. These were followed and it became clear that the poachers were following the tracks of a lion. Further investigation resulted in the discovery of a camp and nearby snare line with bait laced with poison to attract lion. Unfortunately the poachers were already successful and the carcasses of three lions and one hyena were discovered. The previous week, anti-poaching teams had also recovered snares and a small bag of poison in the same proximity.
It was strongly suspected that the carcasses and bait were poisoned with Temic (a substance more poisonous than arsenic) and, following a sample recording, these were burnt to avoid any possible further impacts. The snares were removed and a live nyala that was discovered in one of the snares was also released.

In a follow-up pursuit two poachers were spotted. Their tracks led to one of the villages in the park that is part of the resettlement process being undertaken. Subsequent interventions with anti-poaching patrol reinforcements are under way.
Peter Leitner, Peace Parks Foundation’s project manager in Limpopo National Park, voiced his concern: ‘It is clear that there is a definite escalation in targeting and poaching lion for the lion bone trade. This is a concerning development and simply a diversification of business of the wildlife crime syndicates that are uncovering another lucrative trade. Lion are even more threatened than rhino, with current worldwide estimates indicating that there are only 20 000 wild lion remaining, as opposed to an estimated population of 29 000 rhino. Much more needs to be done to stem wildlife crime and in particular reduce the demand. Again it is clear that a multi-pronged approach along the entire trafficking chain is the only way to address this crisis.’

Cornelio Miguel, park warden of Limpopo National Park, managed by Mozambique’s National Administration of Conservation Areas, added: ‘This is the third incident of lion being killed for their bones in the past two years. In the previous incident the culprits responsible for this were apprehended within days and it is hoped that the investigations by the rangers will lead to an arrest and conviction. The Mozambique government has recently changed its legislation and any person found to be involved in trafficking or poaching of endangered or threatened species could face a jail sentence of up to fifteen years.’ 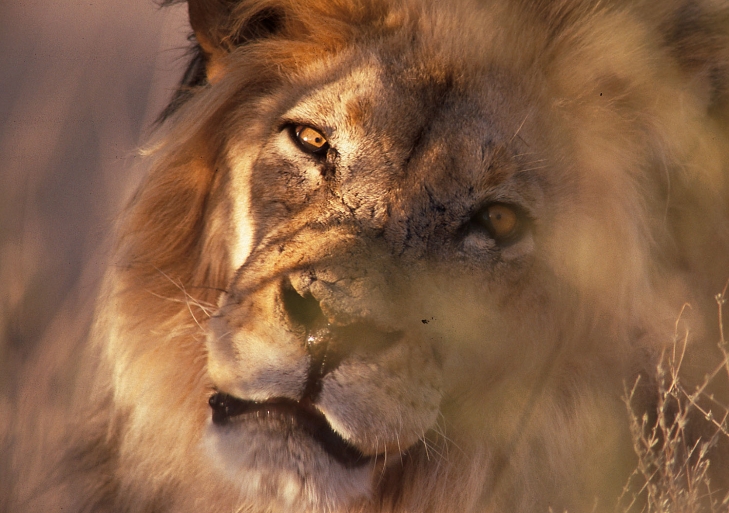 Tracker Academy Expands To The Kalahari