Limpopo now offer the bush and the beach 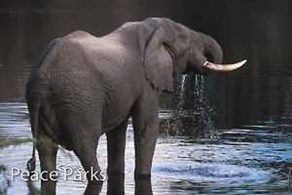 See the most majestic land mammals in Limpopo today and dive with the biggest fish tomorrow. That’s the new dimension tourism in Limpopo has gained with the opening of an internet-linked route connecting the province’s premier wildlife reserves and Mozambique’s pristine coast.

The new Bush to Beach route offering tourists the best of both worlds was one of two new routes launched today (October 26) during an opening ceremony at the Masorini heritage site in Kruger National Park (KNP). The other is the Kruger to Canyon Route linking Phalaborwa on the border of KNP, Hoedspruit and Graskop on the edge of Blyde River Canyon.

The new routes have been developed by Open Africa with support from the European Union-funded Limpopo Local Economic Development (LED) Programme which is being implemented by the Department of Local Government & Housing.

The launch brings to four the number of tourism routes opened in Limpopo by Open Africa which is being supported by a R628 000 grant from the Limpopo LED Programme’s Marginalised Community Fund (MCF). The Seraki Blouberg route in western Limpopo and the Land of Legends route in Venda were launched earlier this year with support from the MCF, which aims to link marginalised communities to the mainstream economy and to reduce poverty through pro-poor economic growth.

Open Africa clearly meets this objective. The organisation identifies tourism opportunities in rural communities, assists them to develop them to their full potential, and promotes them in national and international tourism markets through its Geographic Information System-based website www.africandream.org

Catering for tourists visiting remote and little known places, Open Africa’s website gives visitors detailed maps and information on attractions and accommodation, and the ability to download GPS co-ordinates to guide them through routes.

Some 70 lodges are participating in the Bush to Beach route which capitalises on the development of the Great Limpopo Transfrontier Conservation Area (TFCA) linking KNP and Limpopo National Park (LNP) in Mozambique via the recently opened Giriyondo border post.

The route is anchored around Phalaborwa where some 180 000 tourists annually pass through the Phalaborwa gate entrance to KNP. The route leads tourists through KNP and LNP to Massingir, Chokwe and the coastal resort of Xai-Xai before heading south to Bilene and north to the tourism centres of Inhambane and Vilankulo.

Some 40 of the 70 lodges are situated around Phalaborwa which aims to reduce its strong dependence on mining by diversifying its economy through development of a tourism industry based on promoting the town as the gateway to “bush `n beach” holidays.

Two of the participating lodges are based within the TFCA and six in the Mozambique interior towns of Massingir and Chokwe. Remaining lodges are situated in the coastal resorts of Bilene, Xai-Xai, Inhambane and Vilankulo.