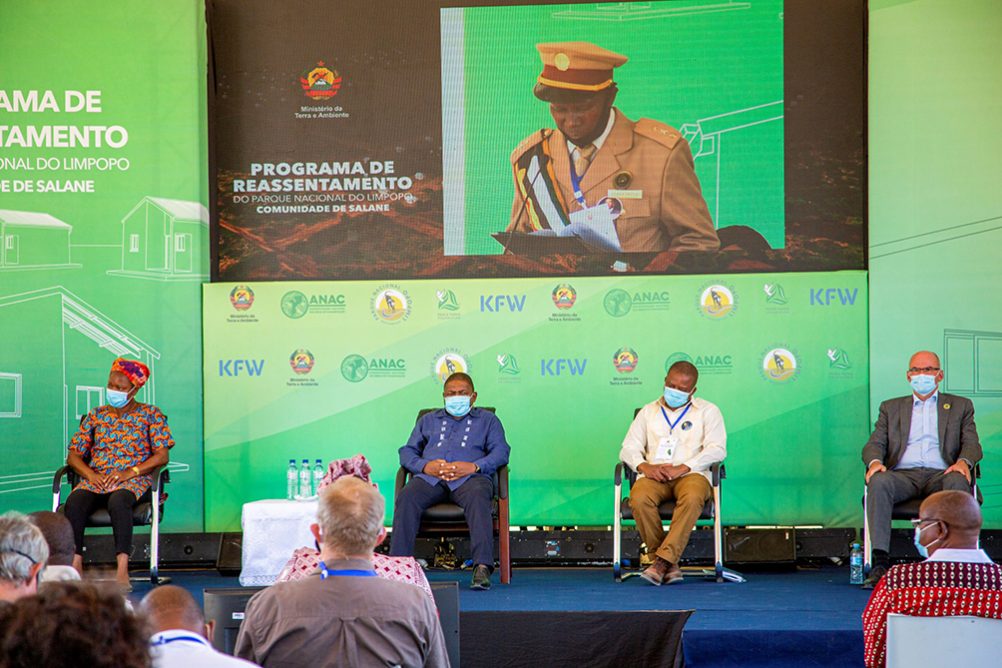 To ensure the core wilderness zones of Limpopo National Park are fully protected, and to provide those living within the park access to much-needed livelihood opportunities, a voluntary resettlement programme led by the Mozambican government is underway. The project has seen four villages relocated to three development nodes offering safe housing, access to clean water, fertile agricultural land and access to services such as schooling and health care.

President Filipe Nyusi inaugurated the latest development node, Salane, on 14 April during a ceremony attended by the community members. During the event, President Nyusi said that this was the first step and motivated community members to take the opportunities provided by better access to services, infrastructures and markets and create a better future for themselves.

Living in remote and drought prone areas within the park – formerly a wildlife inhabited hunting concession – communities have inadequate opportunity for livelihoods and face significant challenges caused by human-wildlife conflict.

“In the area where the Makandazulo community was living there has been constant competition between the people and the wildlife for land and resources,” says Peter Leitner, a Peace Parks Foundation Project Manager working in Limpopo National Park.

Further to this, government legislation does not encourage the provision of any social services inside protected areas. To this end, resettlement provides improved long term well-being especially for vulnerable groups and children.

To ensure a well-implemented resettlement, Limpopo National Park appointed specialised service providers to design a Resettlement Action Plan (RAP) which was subsequently approved by and through community, government and NGO structures and consultations. The RAP defines eligibility, compensations, livelihood development, social infrastructure and household support, which included the replacement of residential and auxiliary structures as well as support to the host population living in Salane to integrate the resettled households.

Communities chose the destination to which they would like to relocate and in order to ensure a sustainable improvement to the livelihoods of these communities, each household was provided with a replacement residential plot of 2 000 m2 at Salane, the chosen resettlement village. Each plot has a new 42 m2 house with two rooms and a veranda and was built using cement blocks covered with corrugated iron sheets to ensure durability. The houses are fitted with an exterior toilet, gutters as well as a down-pipe to lead rainwater collected from the roof to a concrete 1 000 litre tank.

Residential land has been structured according to the officially approved plan for the community which provides transportation, social services, water points and recreational areas. A mobile network is also available that will connect the community with the outside world and provide several more business and learning opportunities for residents.

The families will be able to rebuild their ancillary household infrastructure, such as kitchens, granaries, livestock pens and kiosks, with the cash provided by the park in compensation for the structures left behind in Makandazulo. The park has provided support to transport the salvage materials from their old primary houses to their new homes in Salane.

Additionally, Salane is located close to the west bank of the Limpopo River, which has year-round water flow that will significantly improve people’s food security and the wellbeing of their livestock. Cattle are traditionally important for Makandazulo families, and the park has secured alternative land for grazing at the resettlement site.

Limpopo National Park will assist Salane’s newest residents by providing monthly food parcels to every household until the community has a fully functional irrigated agricultural scheme. The community will also continue to benefit from 20% of the park revenue, which can be used to build social infrastructure, implement income generation projects or support community members in times of need.

Peace Parks has been assisting with the development of Limpopo National Park since its proclamation in 2001, when the Mozambique Government requested the Foundation’s assistance in overseeing the park’s development as a Southern African Development Community (SADC) approved project. This project is funded by the German Federal Ministry for Economic Cooperation and Development (BMZ) through KfW, Biofund and Agence Française de Développement (AFD) and has also received historical funding support from Mozbio, the Deutsche Gesellschaft für Internationale Zusammenarbeit (GIZ) and the World Bank. 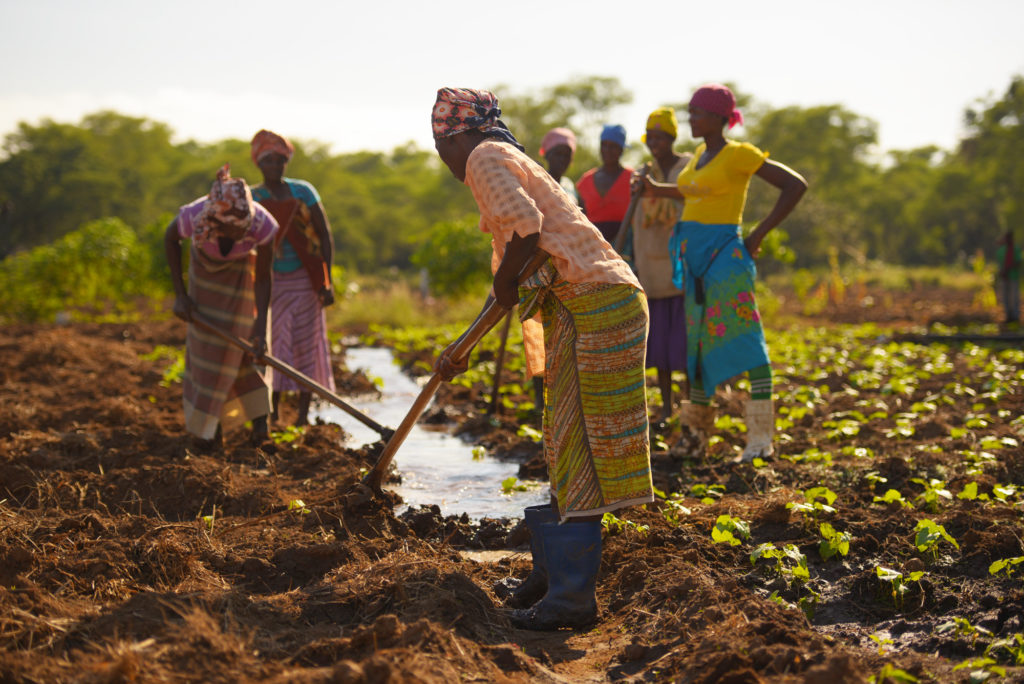 To date, 17 irrigation schemes benefitting more than 2 200 people in resettled communities living adjacent to Limpopo National Park are already up and running. Herding for Health, a herder-based rangeland restoration programme, has 469 participating livestock owners living in and around Limpopo (including 179 women) with 11 109 head of cattle. Planned grazing has been initially implemented in six villages, with the positive impact on rangeland restoration already visible.

Mr Werner Myburgh, CEO of Peace Parks Foundation stated that the conservation of wildlife does not happen in isolation of the communities living on the land.

“With the inauguration of the Salane community development node, our vision of supporting the development of Limpopo National Park as an integral component of the Great Limpopo Transfrontier Conservation Area, where people can live in harmony with nature, has again taken a concrete step forward. Thank you very much to the German Federal Ministry for Economic Co-operation and Development through KfW for their generosity to improve the livelihoods of the people of Mozambique.”

Tech giant rallies behind the children of Simalaha