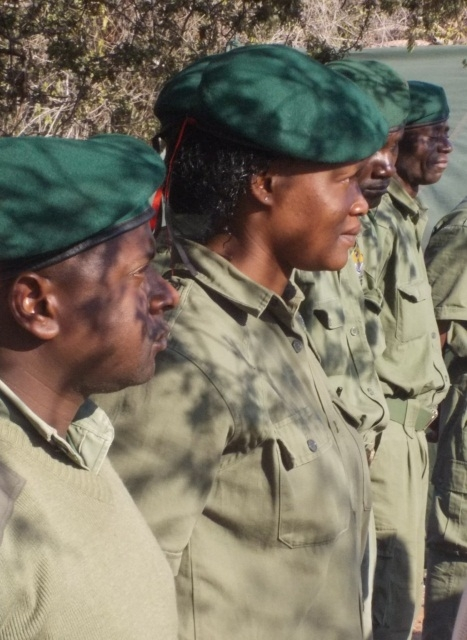 Since 1992, World Ranger Day has been celebrated around the world each year on July 31st, the anniversary of the founding of the International Ranger Federation (IRF). The day celebrates the work of field rangers as the key protectors of parks and conservation.

Limpopo National Park in the Great Limpopo Transfrontier Park celebrated the event with a field ranger parade, led by the protection operations manager, Mr Helder Mandlate. Ms Ricardina Matusse, community coordinator, spoke on behalf of the Park’s management and thanked the field rangers for their work over the past year.

Mr Antony Alexander, project manager, highlighted the Park’s protection department improvement plan, which included the department’s restructuring, the supply of new uniforms and patrol equipment, the commencement of the construction of the Mapai field ranger base and the implementation of incentive reward systems . He said that the focus had to now be on achieving results, with an emphasis on improved post-operational reporting and follow-ups to ensure that those apprehended would be successfully charged.

The Park was thankful to have received sponsored items from SENQU (shirts and backpacks) and New Balance (running shoes) and these were awarded to Mr Jose Luis Valoi, Mr Moises Shongo and Mr Domingues Ajudante, who had been selected by each of the three section rangers as having contributed the most towards each region’s anti-poaching operations. Mr Luis Muambo, Mr Maluleque and Mr Gideao Chilundo also received rewards in recognition of their good contributions towards the protection programme operations.

Mr Billy Swanepoel, the Park’s wildlife and protection technical adviser said that, thanks to the success of the past months, an additional six months’ funding had been secured for the financial incentive system that had been implemented in 2011. This funding was provided by an international organisation with interests in combating the continuing rhino and elephant poaching threats being experienced in the region. The incentive system was designed to reward successful anti-poaching operations, with reward values dependent on the number of rifles, poachers and poached products seized.

The year’s anti-poaching successes were communicated by Mr Helder Mandlate, who confirmed that financial incentives for successful anti-poaching interventions to the value of Mt22,000 would be distributed to field rangers.

The parade was concluded with a meal and drinks, which afforded field rangers the opportunity to show off their rewards. 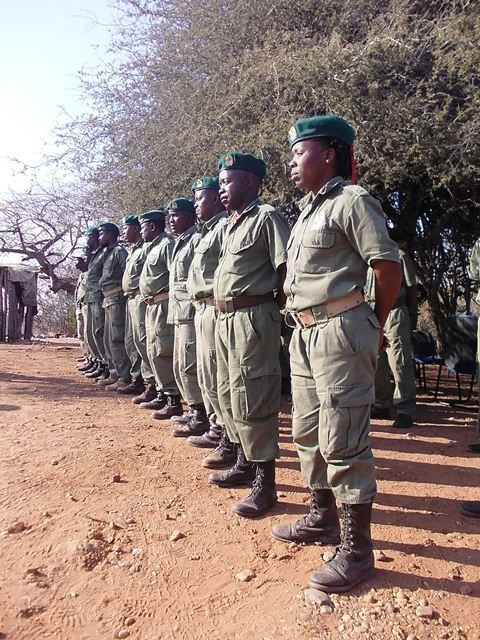