Launch Of The Joaquim Chisano Wildlife Preservation Initiative In Mozambique 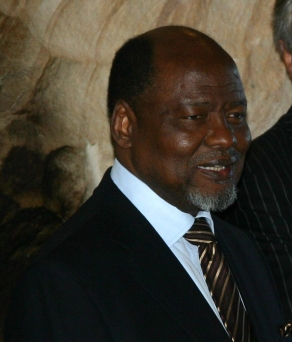 The initiative is driven by rising concern over the high level of poaching of protected wildlife species, particularly rhino and elephant, for illegal trafficking of their trophies by international criminal syndicates. The initial focus of the initiative will be on important Mozambique conservation areas, such as the Limpopo National Park and its adjacent areas, including the Kruger National Park, the Niassa Reserve, the Quirimbas National Park and the Maputo Special Reserve.

The prevalence of this illegal exploitation is not only endangering the future of Mozambique’s wildlife, but also posing a serious threat to its flora, besides undermining the political, economic, security, social and environmental stability of the country, by: (i) leading to the loss of human lives, particularly of young Mozambicans; (ii) destroying biodiversity and delaying the development of wildlife-based tourism in Mozambique; (iii) contributing to further impoverishment of the local communities; and, (iv) posing a looming ecological crisis in Mozambique.

To reverse the situation, the Government of the Republic of Mozambique is making concerted efforts to improve the management of its conservation areas. This includes the establishment of public-private partnerships and encouragement of new initiatives by local and international wildlife organisations.

In this context, on 10 August 2013, the Ministry of Tourism and the Joaquim Chissano Foundation signed a Memorandum of Understanding for the establishment of a partnership for the conservation of fauna and flora, biological diversity and the combating of poaching of protected species in Mozambique. Under this Memorandum of Understanding the parties agreed to work together in the areas of: (i) the mobilization of resources to improve the security of the conservation areas; (ii) community development in key areas; and, (iii) undertaking of conservation-related studies and research.

Under this partnership, it is the responsibility of the Joaquim Chissano Foundation to:

The launch the “Joaquim Chissano Wildlife Preservation Initiative in Mozambique”, marks the beginning of a strong public-private partnership in the field of conservation of flora and fauna between the Government of the Republic of Mozambique and the Joaquim Chissano Foundation, aimed at preventing further loss of human lives, in particular of young Mozambicans, halting the poaching of protected species in Mozambique, particularly of the rhino and elephant, and the illegal trafficking of their trophies, and ensure the protection and preservation of the conservation areas for the current and future generations.

Mr Joaquim Chissano has been a member of the Peace Parks Foundation Board of Directors since 2008. The development of southern Africa’s peace parks can be traced back to the vision that Mr Joaquim Chissano and Dr Anton Rupert shared when they first met in 1990 and set in motion at their next meeting in 1996. The 1992 Peace Accord in Mozambique and the South African democratic elections of 1994 had paved the way for the political processes to proceed towards making a transfrontier conservation area between Mozambique and South Africa a reality.

Mr Joaquim Chissano was president of the Republic of Mozambique from 1986 to 2005 and in that time led his country to peace and democracy. From 2003 to 2004 he was chairperson of the African Union and has been a special envoy of the United Nations’ Secretary-General. In October 2007 Mr Chissano was awarded the inaugural Prize for Achievement in African Leadership. He currently chairs the Joaquim Chissano Foundation and the Forum of Former African Heads of State and Government.