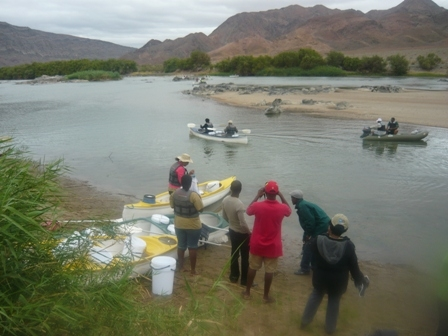 The Orange River Festival, launched in October 2010 and consisting of cycling, canoeing and running, will become an annual event, dubbed The Desert Knights.