Green inside and out 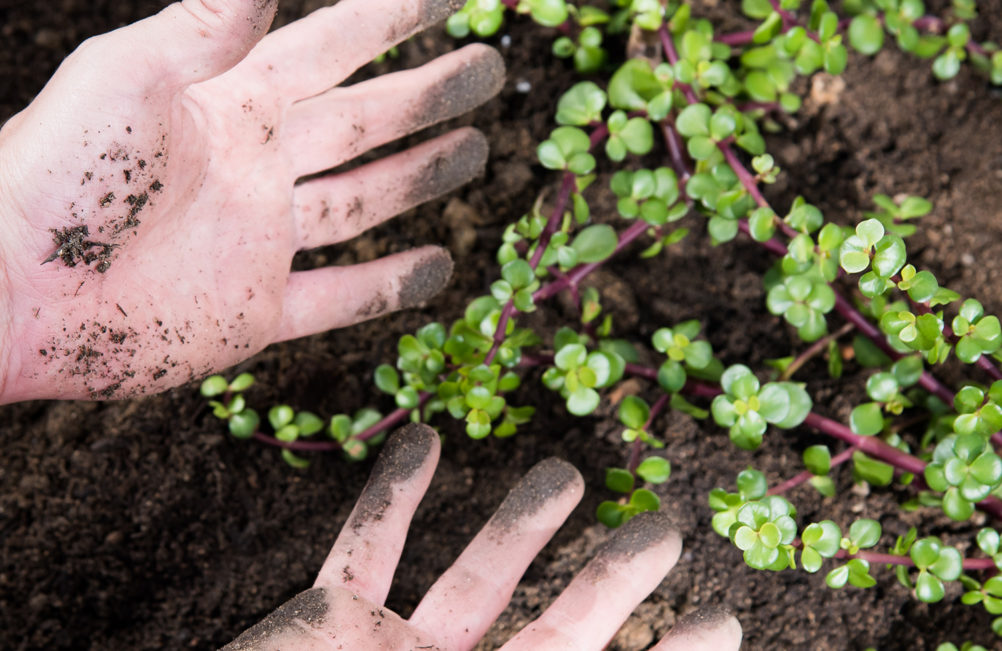 In working towards creating a future where man lives in harmony with nature, it is important to note that the contributions people make in their daily routines to keep our planet healthy are just as important as large-scale conservation efforts that reconnect fragmented wildernesses.

What started as a small group of highly motivated individuals sharing office space, has developed into one of southern Africa’s most impactful non-profit organisations. The successes achieved by Peace Parks Foundation have over the years attracted many talented and passionate individuals to join the cause and since its establishment in 1997, the organisation has proudly grown to just under 200 staff members.

As an organisation starts expanding, it is important to keep track of its footprint. When we started to grow significantly, we noticed an increase in our energy consumption. Cognisant of the impact this might have on the environment, we took the necessary steps to ensure we remain ‘green’, not just in the conservation areas, but also at the various offices we work from.

Situated in South Africa’s beautiful town of Stellenbosch, the Peace Parks Foundation head office runs on a state-of-the-art solar power system. In 2015, 88 solar panels were installed on the north-facing incline of the building’s roof. “On average, the panels generate about 15kW of power during the summer months,” says Elfredo Kock, Peace Parks’ Facilities Manager. “Energy-efficient air conditioners and lighting are also installed throughout the building to ensure we use as little as possible because whatever energy we don’t consume goes back into the city’s power grid.” In a country where 80% of carbon emissions come from the energy supply, Peace Parks is committed to embracing cleaner energy solutions.

Implementing eco-friendly approaches in daily operations reduces waste that could end up in oceans, water systems or landfills. It is with this in mind, that the head office team at Peace Parks recycles whatever they can no longer use. “Nearly all of our kitchen waste goes straight to composting, supporting our gardens around the facility. Other wastes, such as electronics or plastics are recycled and all paper is shredded on-site. Where possible, we also only make use of environmentally friendly and responsibly sourced supplies,” says Elfredo.

Added to these initiatives, water restriction and aeration nozzles have been fitted to bathroom taps. These fittings assist in saving up to 60% water, whilst still allowing sufficient spray to maintain personal hygiene, complimented also by waterless hand-sanitiser permanently provided through wall-fixed dispensers.

Plants play a vital role in keeping our air clean, especially ultra-efficient species such as Spekboom – a hectare of this succulent can turn four to ten tons of carbon into plant matter in a single year. South African researcher, Sarah-Jane Paviour, wrote on the properties of Spekboom saying that “because of Spekboom’s remarkable growth rate, its rate of carbon capture can rival that of tropical forests.” As the plant’s popularity grew among the climate-conscious, more people, farmers, small and eventually large businesses started planting these carbon sponges. Peace Parks Foundation also took up the challenge and planted 24 of these indigenous succulents around the office. Because Spekboom is easily propagated, the aim is to grow more saplings from the stems to further enhance the facility’s garden spaces. “Excess carbon in the atmosphere is a major driver responsible for global warming; the more carbon we can remove from the air and return to the ground, the better,” says Kathy Bergs.

She continues, “we have active projects in 10 conservation areas in southern Africa and work with nearly all the governments in the region to promote the development of transfrontier conservation areas. Our donor and supporter base is even larger and more spread out than that, with numerous generous organisations and businesses that partner with us across the world.”

To assist Peace Parks in sharing the story and significance of transfrontier conservation and connecting with stakeholders on a global scale, the Foundation established international offices and mobilised local representatives in Germany, the Netherlands, Sweden, Switzerland, the USA and the UK. Philanthropic giving opportunities also exist in Australia and New Zealand through the Global Development Group platform. To ensure relationships remain strong and projects ongoing, Peace Parks staff travelled extensively. “Even before the global Covid-19 pandemic hit the world, we were looking at ways to reduce our travel to only that which was absolutely necessary. To this end, we had video conferencing facilities installed, which made an immediate difference.

In 2019, we kept a record of all our travel which enabled us to calculate our total air miles for the year. Using a carbon footprint calculator, we determined the amount of carbon our travel had put into the atmosphere. First prize is to reduce travel – and thus carbon emissions – but when travel is unavoidable, the next best thing to do is to offset your carbon emission. We decided to do so by buying carbon credits from BCP (BioCarbon Partners).”

BCP is one of Africa’s leading forest carbon offset developers. Its hugely successful Reducing Emissions from Deforestation and forest Degradation (REDD+) projects fund forest protection and community development through the sales of carbon offsets. At close to 1 million hectares, BCP’s Luangwa Community Forest Projects is the largest REDD+ project in Africa and with the Lower Zambezi REDD+ Project, rural communities receive performance-based incentives when participating in forest conservation. These funds are used for building local infrastructure and social development projects. Peace Parks and BCP partnered in 2015 to support the conservation of large tracts of wildlife habitat bordering on the proposed Lower Zambezi-Mana Pools Transfrontier Conservation Area that incorporates conservation areas in Zambia and Zimbabwe. “Our partnership has since grown to include communities in or adjacent to other protected area s – and we are looking to use REDD+ to further enable socio-economic development for these impoverished communities,” says Kathy. In supporting the programme by offsetting its own carbon emissions, Peace Parks Foundation hopes to deepen this impact.

Watch the video below to see how we are also helping communities in Zambia reduce and get value from their carbon footprint.

Ponta do Ouro Partial Marine Reserve, situated along the Mozambique coast in the Lubombo Transfrontier Conservation and Resource Area, is leading the way in keeping its beaches clean. Peace Parks and Mozambique’s National Administration for Conservation Areas is working together to develop this pristine coastal reserve. “An estimated 8 million metric tons of plastic waste flows into the ocean every year. That’s the equivalent of one dump truck full of plastic every minute of every hour, every day going into the ocean. Ocean plastic doesn’t just pollute our beaches and coastlines; it also impacts more than 800 species of marine life,” says Janis Jones, CEO of Ocean Conservancy, an organisation that rallies volunteers around the world to participate in beach clean-ups.

In the reserve, beach clean-ups take place four times a year and involve members of the communities, tourism operators, marine rangers, conservation staff and even tourists. The clean-ups were a regular occurrence in Ponta do Ouro, even before the proclamation of the reserve. “Angie Gullan and the team from Dolphin Encounters have been arranging these events for more than a decade and we are grateful for their continued support,” says Park Warden, Miguel Gonçalves. A report on turtle conservation released by Centro Terra Viva indicated that 99,7% of all loggerhead and 95,6% of all leatherback turtles are found in Ponta do Ouro Partial Marine Reserve. “These turtles are keystone species, which means that other marine life depends on their presence for survival. As they are already listed as critically endangered, we have to do all we can to protect them and beach clean-ups are a big part of that.”

The remoteness of many of the conservation areas in which Peace Parks operates means they are by default reliant on clean energy. “Banhine and Zinave national parks, which sit within the Mozambique component of the Great Limpopo Transfrontier Conservation Area, are both completely off the grid using only solar energy. In other areas we are working to secure funding for green waste management, especially in the more developed parks and reserves where tourists are starting to visit in higher numbers,” says Peace Parks’ Antony Alexander, a Senior Project Manager working in Mozambique.

Peace Parks remains committed to keeping its footprint small and balancing out negative impacts to the best of its abilities. As a friend of Peace Parks, we invite you to take a second look at your everyday practices and adjust what you can to help us restore a healthier tomorrow for our beautiful planet.

We all eat, buy stuff, spend money, move around and like to dream about the future. You can change your lifestyle actions and help change the world. As part of  World Environment Day the UN Environment Programme provides an Anatomy of Action –  5 simple areas of action that form part of our everyday living needs and lifestyle choices that hold the potential, if enough people swap their actions, to support the global changes we need to achieve the Sustainable Development Goals.