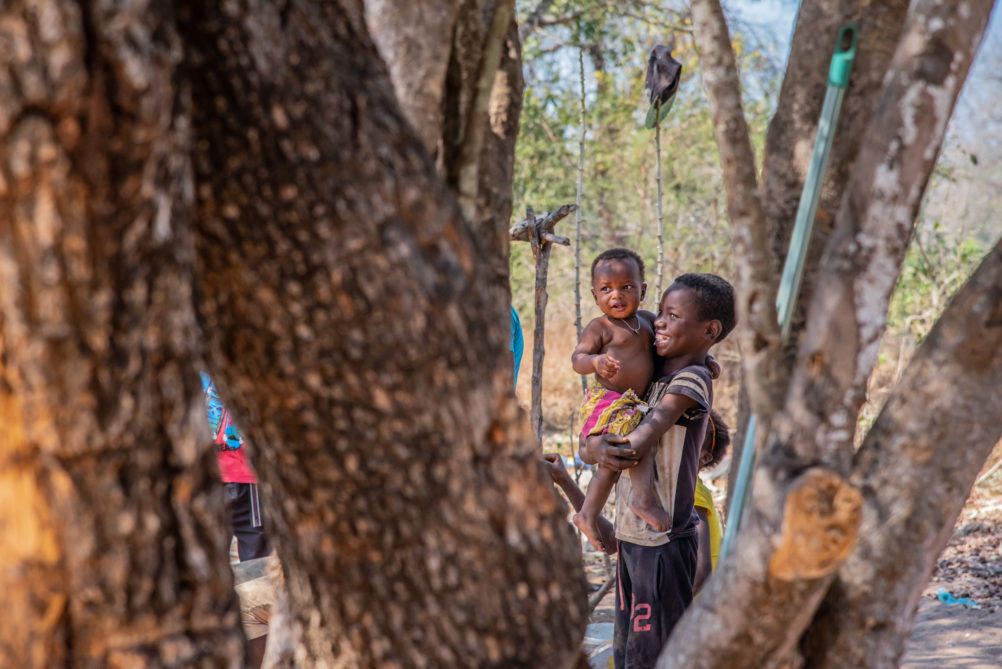 Reconnecting Africa's wild spaces to create a future for man in harmony with nature.

Reflecting on 2018 evokes a range of emotions for us. The year provided us with newfound energy and inspiration, and we would like to share some of the highlights with you.

We are humbled by the depth of our partnerships with organisations across the board. Conservation is no longer just a conservation-lover’s game. You have to bring together role-players from across industries, through both public and private partnerships. An example of cross-sector collaboration is the historic seven-year agreement, which Peace Parks facilitated, between BioCarbon Partners and Richemont that will fund community-based forest protection through the sale of carbon offsets.

Over the years we have proven ourselves to be deeply committed to Mozambique, its people and its magnificent wild spaces. As a result, the National Administration for Conservation Areas’ partnership with Peace Parks has been further strengthened through the signing of two formal partnership agreements for the co-management and financing of Banhine National Park an integral component of the Great Limpopo Transfrontier Conservation Area (TFCA), as well as Maputo Special Reserve and its marine component – Africa’s first cross-border marine protected area, the Ponta do Ouro Partial Marine Reserve. For the latter, we have commenced with implementing the business plan and estimate that the park will reach financial break-even within the next decade.  Ultimately, this is the goal for all the parks we support – to reach financial self-sustainability and develop robust governance models based on partnerships with communities, private sector, NGOs, donors and government.

We are proud to say that this year, we translocated 1 035 animals from parks and reserves where there are an abundance to fledgling conservation areas that are able to offer the space and protection they need to thrive as a species. Working with the best there is, 529 plains game species and 101 elephants were moved from various parks and private nature reserves in South Africa to Zinave National Park (being developed as a partnership between Peace Parks and the Mozambique Government).

Witnessing those gentle giants step off the trucks, with mothers gently guiding calves into an unknown darkness is something we will never forget. Just as remarkable was the thunderous exodus of 200 buffalo from trucks that had brought them all the way from Namibia to the Simalaha Community Conservancy in Zambia, situated in the heart of the Kavango Zambezi (KAZA) TFCA – the largest terrestrial transfrontier conservation area in the world. Upon seeing the animals for the first time, Senior Chief Inyambo Yeta stated what was on everyone’s mind: “The buffalo are back! The buffalo are back! I never thought that I would see this happen in my lifetime!”

Rewilding Africa’s conservation spaces is one of the ways in which Peace Parks aims to reignite tourism that will generate revenues to sustain its protection and an income for communities living in and around protected areas. A special word of thanks to South African National Parks, Ezemvelo KZN Wildlife and De Beers for their donations in kind.

Our sincere gratitude is extended to the German Ministry of Economic Cooperation and Development through KfW, that have again this year awarded a significant grant to further develop and implement critically important wildlife corridors in KAZA. The Southern African Wildlife College, also as a result of support received by KfW, opened doors to a campus that now boasts state of the art classrooms and new staff accommodation. Without their continued and unwavering support, our approach of conservation with development outcomes, would not have been possible.

We are re-energised by the successes achieved through our work in wildlife protection and combatting wildlife crime, and this has kept us and the people we work with highly motivated. Those out in the field removed thousands of snares and traps (over 15 000!), confiscated illegal hunting rifles (over 200) and arrested hundreds of wildlife criminals, which led to several successful prosecutions. This is all thanks to the dedication of brave men and women, many of whom were trained through the Southern African Wildlife College.

In all the nine parks where Peace Parks provided management support significantly fewer wild animals were illegally killed than the year before and unlawful logging was brought to a halt. As commercial poaching is, however, driven mostly by organised crime, it will remain a challenge to affect permanent change if there are no alternatives and if the demand for these products remains.

That is why we also celebrated the commencement of the first Herding for Health project in Mozambique that is being implemented in partnership with Conservation South Africa and Meat Naturally, as well as the graduation of the first ten Herding Academy students from the SA College for Tourism this year. Listening to their testimonies, we were once again reminded of how inspired people can become when given the right learning tools. After gaining a deeper understanding of the ancient skill of herding livestock to sustainably preserve nature whilst developing this as a viable business venture, they head home to confidently share what they’ve learned with their communities.

Our friends in southeast Asia keep us hopeful that a change in how people view illicit wildlife products is being inspired. Through the demand reduction initiative in partnership with Tongji University’s School of Design and Innovation in China, the creativeness of young minds is reconnecting the people of China with nature. We also reached 25 000 students through the Vietnam Be My Hero Campaign in partnership with the Wilderness Foundation and Soul Music and Performing Arts Academy that inspires the youth to become rhino conservation ambassadors.

As a team, Peace Parks Foundation has grown tremendously in many ways this year. We have worked hard and long hours. We have celebrated achievements and mourned losses. We remain thankful for being allowed to do the work we do, because we are fully aware of what a privilege it is to stand as an equal amongst world-renowned conservation agencies, and spend every day fulfilling a purpose we feel truly driven to. To say that your continued support and generosity keeps us going, although true to the core, doesn’t come close to expressing the depth of our gratitude.

To this end, it is important to note that operationally we have grown by 40% from the previous year, and again the same growth is projected for 2019. Whilst this is encouraging, we are mindful that every cent counts and are proud to confirm that again our total head office costs in relation to implementation expenditure in the various peace parks, will be below 10%.

As we take a short break to celebrate the holidays with our loved ones, we wish you the very best for 2019. We hope that you will continue to follow our journey as we tackle 2019 with renewed energy and spirit, reconnecting Africa’s wild spaces to create a future for man in harmony with nature.

WATCH: Rewilding Africa - a journey of a thousand animals.