First tourists make use of Giriyondo 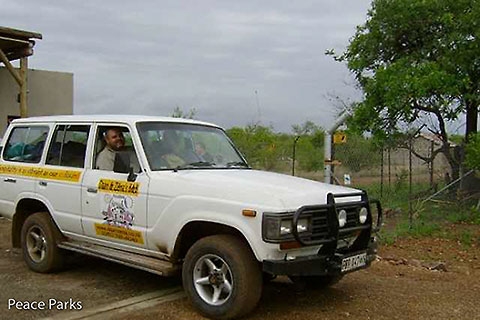 More than 100 vehicles and almost 300 keen tourists have already made use of the Giriyondo Tourist Access Facility between the Kruger National Park and Mozambique’s Limpopo National Park, even though it only opened last week.

“This goes to show the true potential of the whole Great Limpopo Transfrontier Park initiative,” commented KNP Executive Director Dr Bandile Mkhize “and that there certainly is a market willing to explore new areas of wilderness within the GLTP boundaries.”

The Giriyondo Tourist Access Facility is open from 08:00 until 16:00 (October — March) and from 08:00 until 15:00 (April — September) and is only open for 4×4 vehicles as the roads within the Limpopo National Park are still being developed. It is also not open to commercial traffic as its role is to facilitate tourist movement within the GLTP. Therefore, no vehicles with an excess of a maximum of four tons axle load are allowed.

Visitors using the facility should allow enough time to reach their destinations whilst adhering to speed regulations within the KNP. Visitors who do not reach the Giriyondo Tourist Access Facility in time will be required to overnight at the closest camp as it is against KNP regulations to travel after normal gate closing times. It is approximately 95kms (at least two hours, 15 minutes travelling time) between Phalaborwa Entrance Gate and the Giriyondo Tourist Access Facility and approximately 75kms (at least two hours) between Giriyondo and Massingir.

Boats and trailers will be allowed “at the owners’ risk” and the transport of firearms is not allowed except if the owner can provide the necessary export permits.

Access into the Limpopo National Park is R50 per vehicle plus R50 per adult and R25 per child (current exchange rate). Access to the KNP from Mozambique is the possession of a valid Wild Card or the payment of the SANParks standard Conservation Fee.

South Africans qualify for a special “tourism” visa (less than 30 days) that costs R12. However, guests must ensure that they have their valid passports, all the relevant registration documents for their vehicles and permission from the owner of the vehicle or the bank as per the requirement at other Mozambique/South Africa border posts.

Foreign visitors should be in the possession of a Mozambican Visa if they intend staying in Mozambique for more than 30 days.

KNP’s normal gate quotas will also be adhered to with regards to the Giriyondo Tourist Access Facility so it is suggested that guests planning to travel to Mozambique via Giriyondo should book their entrance in advance via Central Reservations on 012 428 9111.