Fight to save the Mapungubwe World Heritage Site intensifies

Appeal against mine submitted by leading NGOs.

The fight to protect the Mapungubwe Cultural Landscape from coal mining heated up this week with the submission of an appeal against the mine by some of the leading non-governmental organisations in South Africa. Australian company Coal of Africa Limited (CoAL) was recently given the go ahead to begin construction of an opencast and underground coal mine within less than 6km from the borders of the Mapungubwe National Park and adjacent to the World Heritage Site, with the approval of the Environmental Management Plan for the proposed Vele Colliery.

The appeal was lodged by the Endangered Wildlife Trust (EWT), Peace Parks Foundation (PPF), the Association of Southern African Professional Archaeologists (ASAPA), the Mapungubwe Action Group (MAG), the Wilderness Foundation South Africa (the WFSA), the World Wide Fund for Nature South Africa (the WWF) and BirdLife South Africa (BLSA). The appellants are being represented by the Centre for Applied Legal Studies at the University of the Witwatersrand and include organisations whose objects and purposes involve the protection and maintenance of the environmental integrity of the area in and around Mapungubwe for current and future generations as it relates to the natural habitat, ecosystems, cultural heritage and related aspects of the environment.

In addition, the appellants believe it to be in the greater public interest to have submitted this appeal in order to address the serious shortcomings of the Environmental Management Programme (EMP) and to attempt to prevent further damage to this environmentally sensitive and culturally important environment for all South Africans. In addition to the appeal lodged, the appellants further appealed to the Minister of Mineral Resources to exercise her powers in terms of section 103(4)(b) of the Mining and Petroleum Resources Development Act to suspend the right to mine pending the outcome of this appeal. 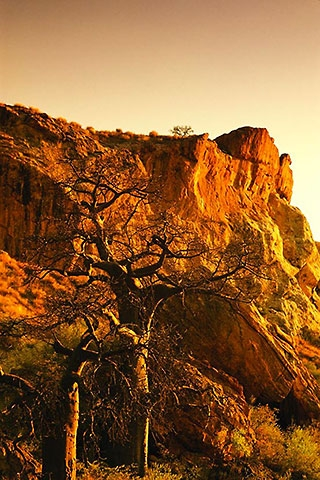 Areas of major concern to the appellants include concerns for the sensitive landscapes in and around of the mining area; the statutory prohibition against mining on those portions of the mining area that have been proclaimed nature reserves; the archaeological and other heritage resources affected by the mining; the impact on biodiversity and specifically on habitat, ecosystems and various species in the mining area; the impact on the quantity and quality of water resources; the noise and dust pollution that will be caused by mining; and the impact on the socio-economic conditions of persons affected by the mining operations, including such persons’ rights, under section 24(a) of the Constitution, to an environment that is not harmful to their health and well-being. Furthermore, concern has been raised for the failure of the EMP approval process to comply with the public consultation required in terms of the Act in that relevant persons and communities, including affected parties in Zimbabwe and Botswana (which border this mine) were either ignored or their specific concerns ignored, or they were not consulted at all when they should have been. 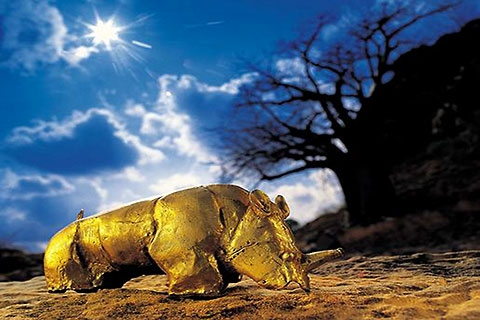 The Mapungubwe Cultural Landscape (MCL) was recognised in 2003 as a World Heritage Site under the Convention Concerning the Protection of the World Cultural and Natural Heritage, adopted by the General Conference of United Nations Education, Scientific and Cultural Organization (UNESCO) on 16 November 1972 (the World Heritage Convention) as it is considered to have “outstanding universal value”. The MCL was the original location of far-reaching cultural and social changes in southern Africa between AD 900 and 1300 and its remains are a remarkably complete testimony … of the … largest kingdom in the African sub-continent. Further, Mapungubwe represents “a significant stage in the history of the African sub-continent”, and therefore, the significance of preserving the Mapungubwe Cultural Landscape, both to South Africa and the world at large cannot be overstated.

The Greater Mapungubwe Transfrontier Conservation Area (originally known as the Limpopo-Shashe Transfrontier Conservation Area) was established by means of a Memorandum of Understanding between the governments of South Africa, Botswana and Zimbabwe on 22 June 2006. In terms of this agreement, the three governments commit to attempting to establish a Transfrontier Conservation Area (TFCA) that includes Mapungubwe National Park and the core area properties. It was renamed the Greater Mapungubwe Transfrontier Conservation Area on 19 June 2009 and although the proposed mining area is not within the proposed Greater Mapungubwe TFCA, it is almost surrounded by the TFCA. The entire northern border of the mining area along the Limpopo River is directly adjacent to the Zimbabwean portion of the TFCA and falls within the proposed phase 2 of the TFCA. The impact of the mining activities on this sensitive landscape is best described in terms of the impact on its “sense of place”, derived from this unique natural environment, and enhanced by the distinctive mix of natural and cultural features in the landscape. An extract of the EMP submitted by CoAL describes this as:
“Visiting the area is an experience of calmness. Together with the generally low presence of people in the area, the Mopane veld with the isolated occurrence of Baobab and Granite koppies gives a distinct character to the stretched out plains of the study area. The sense of place can be described as quiet and peaceful. Night time experiences are very quiet with complete darkness during moonless nights. This allows for excellent views of the night skies and the brightness of stars contrasted against the black of darkness. The visual qualities of the environment and the particular sense of place leave one with a good perception of the area, which is quite vulnerable to the introduction of mining and industrial activities.”

The EMP fails to adequately address the cumulative impacts of a number of associated activities of this mine, and the irreversible loss of biodiversity as a result. Impacts of dust creation, noise levels, vibrations and the visual landscape are also not adequately addressed, and the EMP is deficient in relation to the private nature reserves which lie within the mining area (in particular, within the area planned for opencast mining). In terms of current legislation, there is an absolute prohibition on any mining activity taking place in these nature reserves and no permit can be granted by any official, including the Minister for such mining.

Of significance are the concerns that this mine will result in irreparable damage to the archaeological and palaeontological heritage resources which make this region so unique. The open-cast activities will, according to the EMP itself, result in the “total destruction” of any surface and sub-surface heritage resources and palaeontological remains that might exist on the land in question and the head of the decline shaft for the underground shaft appears to be at or very near the concentration of at least four heritage sites identified as a “an extended Middle Iron Age site”. Rock art experts feel that the area has been insufficiently surveyed for rock art and that the potential impact of dust, vibrations and a change in the water table on rock art in the surrounding area, has not been dealt with adequately. The Mapungubwe area is one of only a handful of places in sub-Saharan Africa where rock paintings and rock engravings co-occur in the same landscape. The farms immediately north and west of Vele have been extensively surveyed for rock art and almost every farm has been shown to have rock art. Well known and important rock art sites immediately north and west of Vele will be impacted in serious and unacceptable ways, by the proposed mining work at Vele and any unknown sites at Vele will be destroyed should mining be allowed to proceed.

The Mapungubwe Cultural Landscape is an important part of South and southern Africa’s heritage and is part of South Africa’s national estate. Indeed, its designation as a World Heritage Site underscores its internationally recognised importance for informing us about early state formation processes in Africa and the important insights that the Mapungubwe hilltop and its related sites hold for our understanding of southern Africa’s history. 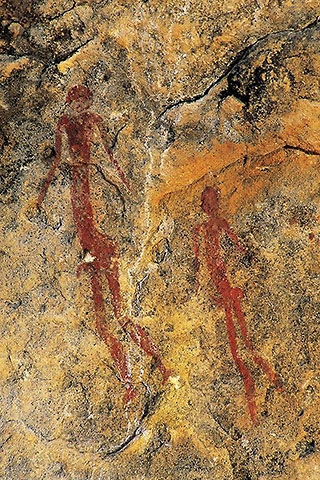 Threats to the water resources are also significant and include acid mine drainage, surface and groundwater contamination, impacts on the quality and quantity of water on the Zimbabwean side of the Limpopo River, the impact of water abstraction on the boreholes situated along the Limpopo floodplain and the damage and loss to irrigation farmers (with associated impacts on food security) on both sides of the Limpopo River.

The concerns with this mine are great and are extensively covered in the appeal which is available on request. Given the recent commitments of the South African Government to reduce greenhouse gas emissions by 34% in the years to come, the continued exploitation at all costs of our coal reserves and the ongoing development of coal fired power stations flies in the face of the country’s attempts to be taken seriously for our commitments to address the scourge of global climate change. The appellants firmly believe that this mine is not only an inappropriate landuse for the MCL and a region that it already thriving on a sustainable ecotourism industry, but that it makes a mockery of our regulatory framework if the inadequacies of the EMP can be overlooked for the sake of expediting its approval. The losses incurred to South Africa, and the world at large, if this mine proceeds, will be great. At a time when South Africa is being showcased to the rest of the world and is trying to project a positive future, it would be sad if we were to bury our past in a heap of coal and rubble.
For more information or a copy of the appeal document please contact
Yolan Friedmann
Chief Executive Officer
Endangered Wildlife Trust
Email: yolanf@ewt.org.za
www.ewt.org.za
Tel: +27 (0)11 486 1102