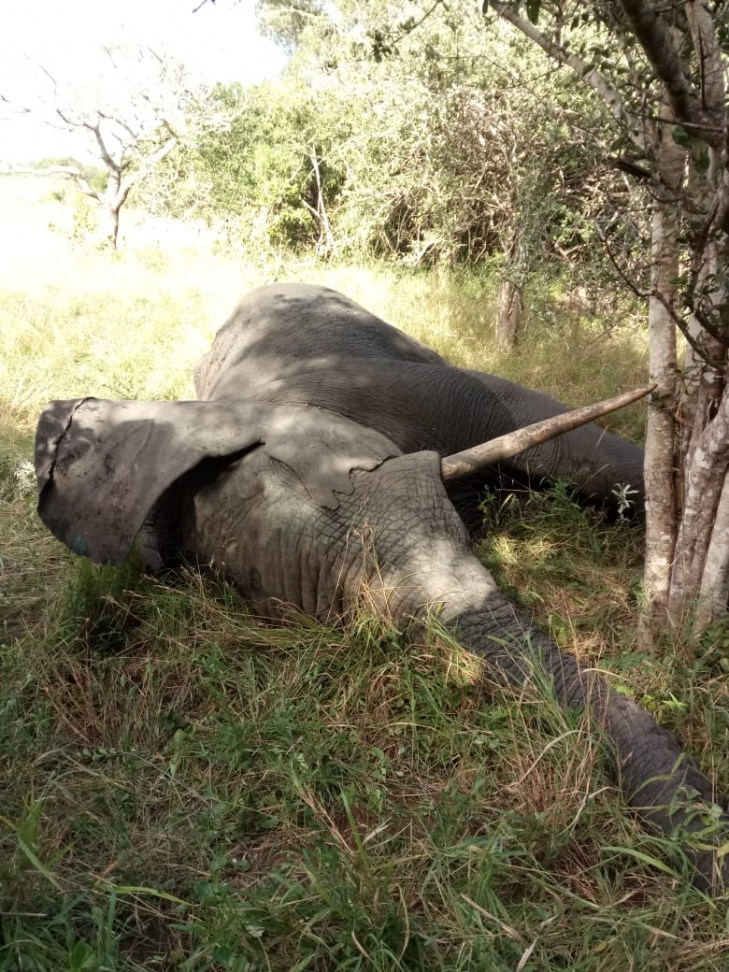 A remarkable rescue mission was undertaken Sunday, 20 May 2018, when a female elephant, with a two-week-old baby right on her heels, was seen early-morning with a snare cutting into her left hind leg.

Brian Neubert, Peace Parks Foundation’s Conservation Manager in Maputo Special Reserve, spotted the elephant while she was with a group of around 20 other elephant. Flying with helicopter pilot Richard Fair, he noted her position and hastily returned back to base to refuel and mobilise a ground-crew to assist with removing the snare. 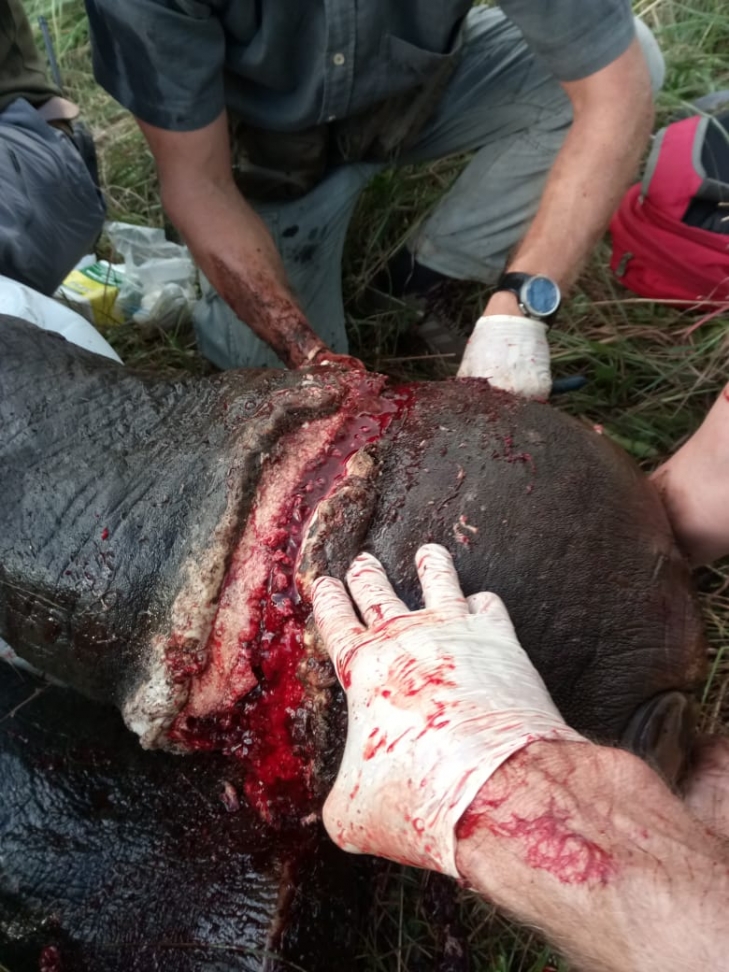 “After a fair amount of flying, she was again located around 3pm. She was darted from the air and while the helicopter chased the rest of the herd away, the ground grew started to move in. Once the area was safe, veterinarian Dr João Almeida was able to remove the snare and treat the wound,” says Peace Parks Foundation’s Operations Manager, Gavin Hulett. 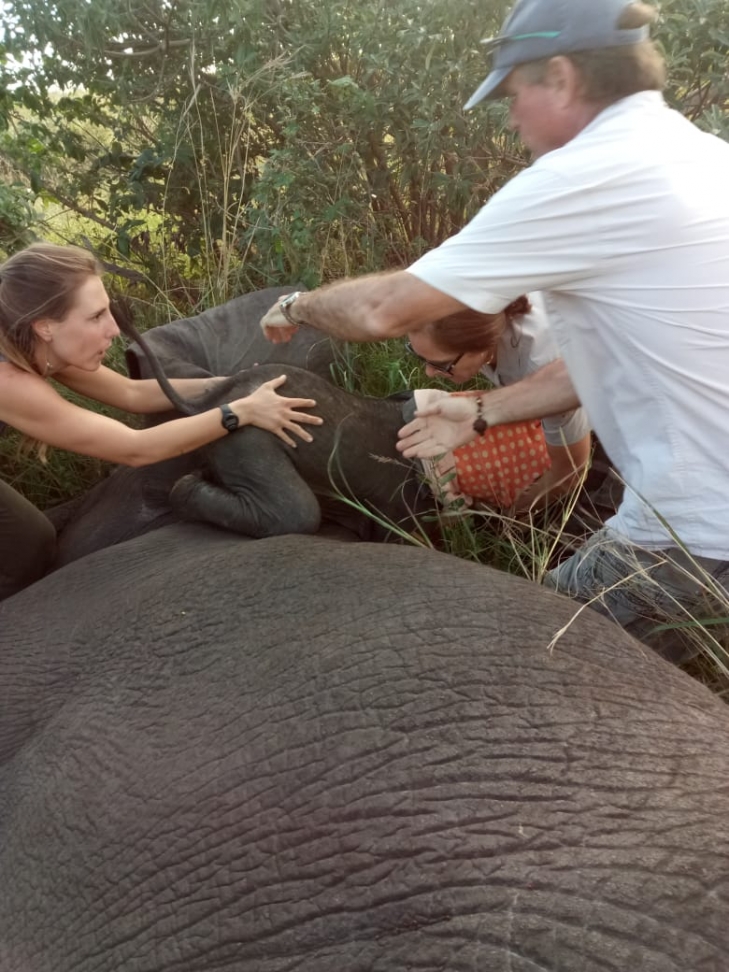 The small calf was secured and held away from the mother while she was being treated. DNA samples were also taken of the mother by the Eduardo Mondlane University for their data base collection. 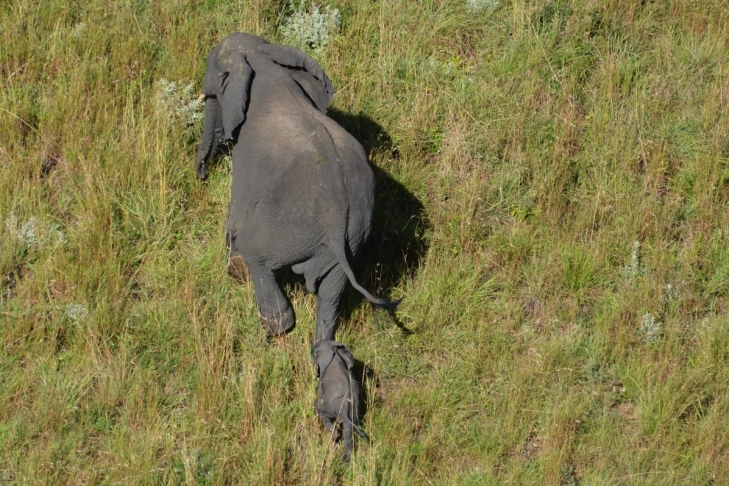 Maputo Special Reserve staff ensured the safety of all involved in the operation, while Peace Parks Foundation staff handled the coordination between the various teams. Thanks to this effective teamwork and speedy response both the mother and baby elephant are doing well. Snaring is a common poaching method used to capture animals of all sizes. Unfortunately, as is the case with this elephant, other species that are not the primary target often get caught in snares which severely impacts on population numbers. Plans are in place to train and deploy additional field rangers to counter this.

This intervention was made possible through financial support received from Moz Parks Foundation and Travel Channel.

A woman At The Conservation Frontline