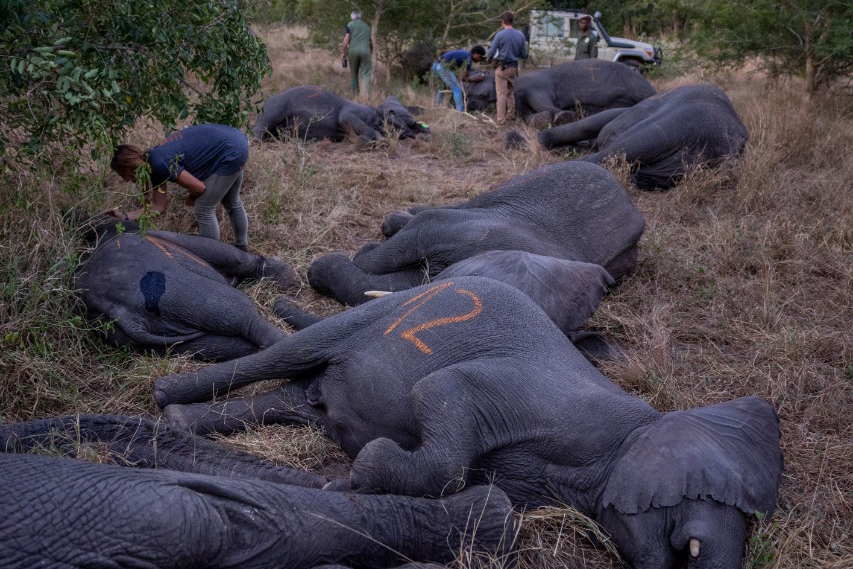 Zinave National Park last week welcomed another 13 elephants translocated from the Maputo River landscape, just outside Maputo Special Reserve, in southern Mozambique. This is the second in-country elephant translocation to take place this month and a victory for the country’s elephant conservation efforts.

Mozambique’s National Administration for Conservation Areas (ANAC) and co-management partner Peace Parks Foundation teamed up with The Aspinall Foundation and the Wildlife Emergency Fund, who funded and provided assistance during the translocation operation, which was led by Conservation Solutions with veterinary support from the Mozambique Wildlife Alliance.

The herd was roaming just outside of Maputo Special Reserve, a protected area that was historically founded specifically to protect coastal elephants in 1932.

The operation was implemented by a 15-strong team of conservationists, translocation experts, veterinary specialists and rangers. An experienced helicopter pilot flew close to the herd, allowing a vet to use a dart gun to sedate each individual elephant. The animals were then carefully loaded onto specialised translocation trucks, woken up and transported to Zinave National Park.

Following population declines over several decades due to poaching for ivory and loss of habitat, the African savanna elephant is now listed as endangered on the IUCN Red List of Threatened Species™. This declaration, which came on 5 March 2021, was a sad reminder of the importance of developing safe habitats for these animals.

To date, a total of 207 African elephants have been brought to Zinave, where they have ample space in a well-guarded sanctuary. This founder population will grow at an estimated 6% per year and plans are in place to relocate some of them to other parks in Mozambique that currently have very few elephants.

The successes achieved thus far are linked to the Government of Mozambique, conservation organisations, communities, donors and the private sector forming strong partnerships to protect Africa’s wildlife resources. As seen with this and many other translocations, where synergies occur, the biggest conservation success stories unfold.