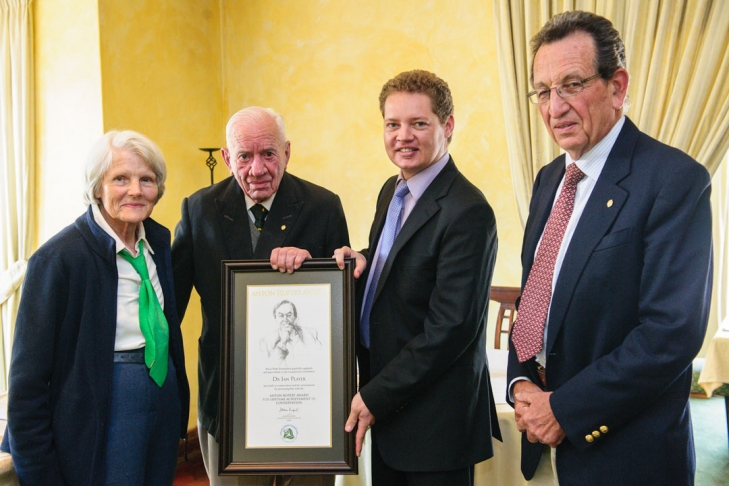 It is a sad day for the conservation world as we pay our respects to Dr Ian Player who passed away on Sunday 30 November. He was 87.

Dr Player was not a man of half measures and approached everything in life with total commitment and dedication. No doubt one of his greatest contributions was his involvement in spearheading an initiative to save the white rhino from extinction through Operation Rhino. He was also instrumental in the zoning of the first wilderness areas, iMfolozi and St Lucia, in South Africa in the late 1950s and along with his Zulu mentor Magqubu Ntombela, in 1974 founded the World Wilderness Congress, which is the best-known and most effective global platform for debating and acting on wilderness issues.

He served on the Natal Parks Board and also later on the KwaZulu-Natal Nature Conservation Services Board as well as the South African National Parks Board. He was a recipient of many awards and two honorary doctorates throughout his career.

On 5 April 2012, the inaugural Anton Rupert Award for Lifetime Achievement in Conservation was presented to Dr Player for the exceptional contribution that he has made in conservation.

Our thoughts are with his family and friends. He was an inspiration to many and Peace Parks Foundation will continue to honour his legacy.