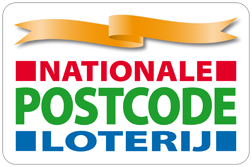 How You Can Help Donors and Partners

Since 1989, the Dutch Postcode Lottery has been raising funds to support organisations working towards a fairer and greener world. Fifty percent of the lottery’s annual turnover goes to charity. The lottery has steadily grown to become the biggest charity lottery in the Netherlands and supports 117 non-governmental organisations.

Peace Parks Foundation wishes to extend its heartfelt gratitude to the Dutch Postcode Lottery players and organisers for their continued support.