A ceremony to celebrate the 2012 translocation of wildlife from game reserves in South Africa’s KwaZulu-Natal province to Mozambique’s Maputo Special Reserve was held on 10 September 2012. 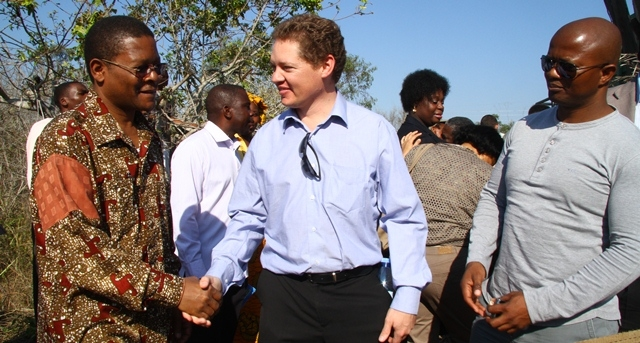 Minister Fernando Sumbana Jnr, Mozambique’s Minister of Tourism, was on site to welcome the zebras and said: “The introduction of these animals not only serves to stabilise the ecosystem processes and biodiversity of the Reserve, but is also a very important pillar to galvanise the development of tourism in the Lubombo Transfrontier Conservation and Resource Area, which unites three countries and promotes cultural tourism, the preservation of the environment and the socio-economic development of our peoples.”

September saw the release of the first giraffe into the Reserve

The 2012 translocation programme got off to a start in May when 23 kudu from Opathe Game Reserve in South Africa were successfully translocated and off-loaded during the night of 19 May 2012. The excitement was palpable when a magnificent kudu bull stepped onto Mozambican soil for the first time. The 23 kudu were the first of 100 to be translocated this year. In June, 74 nyala were released post-quarantine pending tests for Foot and Mouth Disease. A total of 520 animals of various species, including giraffe, were translocated in 2012, culminating in the 10 September ceremony.
Following the proclamation of the Futi Corridor on 14 June 2011, which expanded Maputo Special Reserve by 24 000 ha, only the international border fence now separates Maputo Special Reserve from Tembe Elephant Park.
With financial support from Peace Parks Foundation, the Dutch Postcode Lottery and the World Bank, the entire Reserve will be completely fenced by the end of 2012 to increase the protection of wildlife, while drastically reducing human/wildlife conflict. 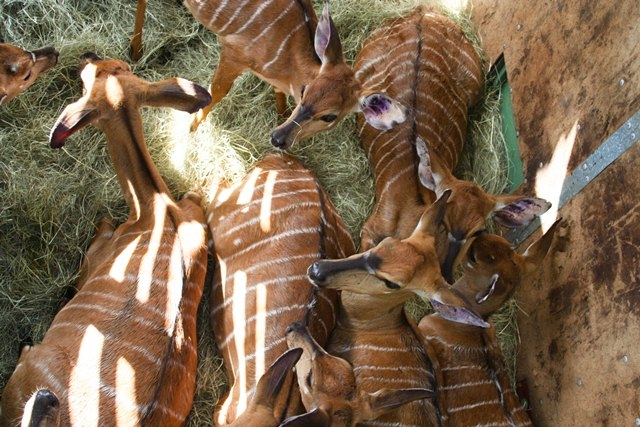 In June, 74 nyala were released

In 2010 the Mozambique government, with the kind support and generosity of Ezemvelo KZN Wildlife, began a wildlife restocking programme, funded by Virgin Unite via Peace Parks Foundation.

Peace Parks Foundation CEO, Mr Werner Myburgh, said: “As with so much of transfrontier conservation work, the translocation exemplifies a successful partnership between governments and the private sector. Thank you to the Dutch Postcode Lottery, the Principality of Monaco, the Swedish Postcode Lottery, Turing Foundation, Van Cleef and Arpels, The Machangulo Group, Virgin Unite and the World Bank for their munificent support in developing the Reserve. A special word of thanks also to South Africa’s Ezemvelo KZN Wildlife and the Department of Environmental Affairs for supporting the translocation programme with the donation of the wildlife.”

Creating a Climate for Change