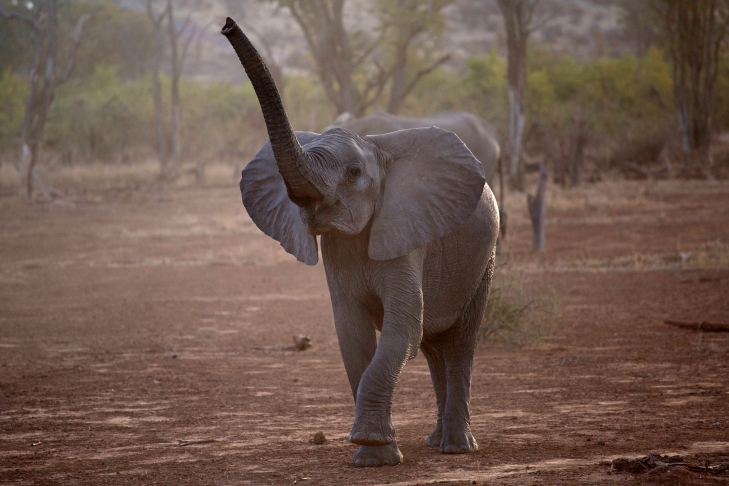 De Beers Group has begun to transport 200 elephants across 1,500km from its Venetia Limpopo Nature Reserve (VLNR) in South Africa to Mozambique. The operation, one of the largest elephant translocations ever recorded in South Africa, is part of a major conservation initiative to protect the welfare of wildlife in South Africa and help restore Mozambique’s elephant population.

200 Elephants to be moved from South Africa to Mozambique

For the first phase of the project, approximately 60 elephants will be transported in July and August from the VLNR to Zinave National Park in southern Mozambique. The remaining elephants will be moved to conservation areas that hold sufficient elephant carrying capacity within Mozambique from next year.

De Beers Group is partnering with Peace Parks Foundation, a leading not-for-profit organisation focused on the preservation of large functional cross-border ecosystems, to carry out the initiative. Through formal agreements with Mozambique’s National Administration for Conservation Areas, Peace Parks Foundation co-manages Zinave National Park, which is an integral component of the Great Limpopo Transfrontier Conservation Area.

Peace Parks Foundation will assist De Beers Group with the translocation, ensuring the elephants’ social groups aren’t disturbed and that they flourish in their new habitat through ongoing monitoring of their well-being and enhanced protection efforts.

Bruce Cleaver, CEO, De Beers Group, said: “There is no greater symbol of Africa than the majestic elephant. For us to be able to help secure their future in Mozambique, while also ensuring other species at our Venetia Limpopo Nature Reserve can flourish, is something every employee of De Beers Group is proud of. This translocation is born of a deep sense of responsibility and is part of our wider commitment to continue to invest in new and innovative ways to protect the natural world.”

Covering 32,000 hectares and established in the early 1990s, the VLNR can accommodate around 60 elephants without adverse impacts on the surrounding ecosystem. Currently, however, there are more than 270 elephants on the reserve, as a result of natural population growth, with their presence risking extensive damage to an ecosystem that must sustain a diverse wildlife population.

By contrast, wildlife populations in Zinave National Park, which was founded in the 1960s, have been critically depleted following Mozambique’s 15-year civil war. The park offers significant carrying capacity for large numbers of elephants across its 408,000 hectares, and is currently home to only around 60 of them.

Werner Myburgh, CEO, Peace Parks Foundation, said: “Ecosystems require a range of fauna and flora to stay balanced. If you remove one species, such as elephant, it has a ripple effect on the whole system. The reintroduction of elephants to Mozambique will bring us one step closer to achieving our dream of restoring the landscape and establishing uninterrupted connectivity with seamless migration of wildlife across the parks within the Great Limpopo Transfrontier Conservation Area.”

As part of its investment in the elephant translocation initiative, De Beers Group is also providing Peace Parks Foundation with US$500,000 over five years towards anti-poaching support measures, which will include the hiring and training of new park rangers, and the opening of new access roads to increase patrol coverage.

Mateus Mutemba, General Director of the National Administration for Conservation Areas in Mozambique, said: “The overall partnership with Peace Parks Foundation in Zinave, Banhine and Limpopo Parks represents to us a meaningful contribution towards our goal of making these areas viable for tourism and nature-based conservation icons and part of a regional effort and landscape, the GLTCA. Overall this year alone Zinave will receive around one thousand animals into Zinave including wildebeest, zebra, giraffe, and impala and a total of one hundred elephants. The Beers Group contribution provides an important financial boost not only into this translocation process but also in the protection of these animals”.

Congratulations To A True Custodian Of Nature!