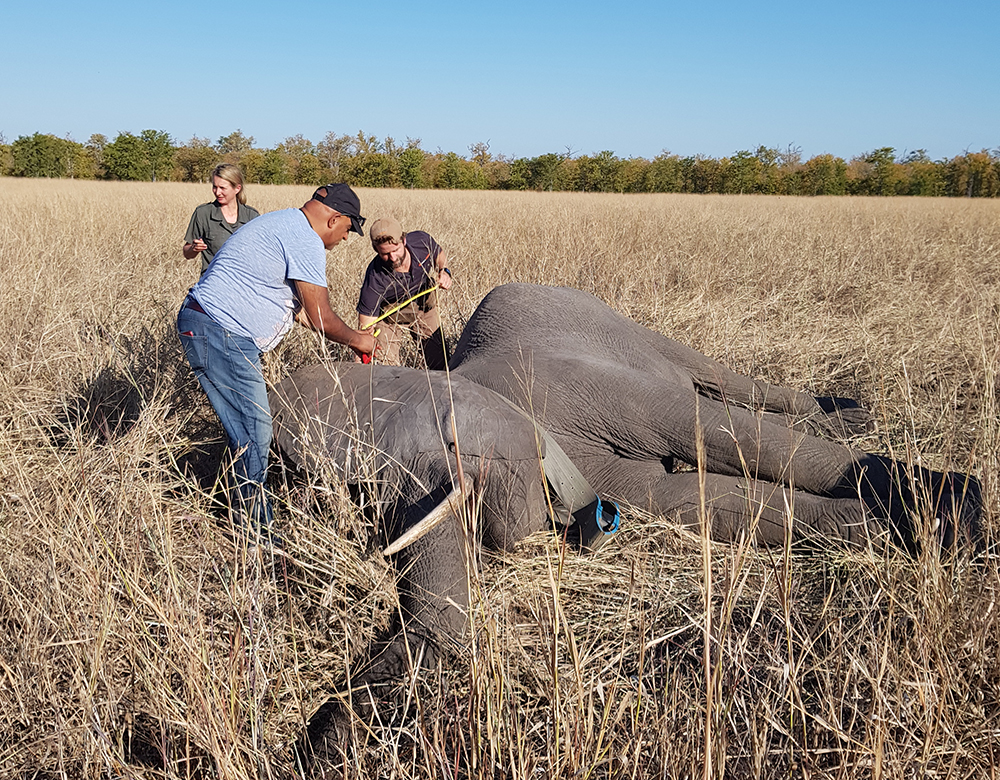 During a week-long operation that took place during July 2019 in Limpopo and Banhine national parks in Mozambique, nine elephants were collared through a collaboration between Saving the Survivors, Elephants Alive, Peace Parks Foundation and Mozambique’s National Administration for Conservation Areas.

“Placing tracking collars on elephants can provide incredibly valuable information on the areas in which they roam. In ecological terms, they are what we call an ‘umbrella species’, meaning that if they utilise an area or move within a certain corridor, you can be certain that other animals will do the same. Elephant bulls, especially, provide a lot of valuable information as they tend to roam larger areas, giving us insight into their migratory patterns, so of the nine elephants we collared, five were bulls,” says wildlife vet, Joao Almeida from Saving the Survivors.

Bordering Kruger National Park in South Africa and Gonarezhou in Zimbabwe, Limpopo National Park lies within the 100 000km2 Great Limpopo Transfrontier Conservation Area, which stretches across all three countries. Some of Africa’s most pristine landscapes are found here with large rivers, extensive mountain ranges and ancient animal migratory routes. These migration routes flow through Kruger, Limpopo and Banhine national parks all the up to Zinave National Park in the northern areas of southern Mozambique.

“Peace Parks Foundation’s vision is to reconnect these migration corridors, which are currently extremely fragmented by country borders and human settlements. The goal is to develop the area in such a way that humans and wildlife can co-exist in harmony, neither one suffering the consequences of the other’s actions.  A critical first step in this process is to fully understand the landscape and the movement of the animals that are still migrating here. Receiving data from tracking collars on elephants is one of the ways in which this information is gathered,” says Antony Alexander, Peace Parks’ Mozambique Senior Project  Manager.

Having a better understanding of where the elephants are also assists in mitigating the dangers associated with human-wildlife conflict. “If we know that elephants are moving into a populated area, we can send rangers to herd the animals away from human settlements before they destroy crops or endanger the lives of community members, who might retaliate to protect their livelihoods,” says Antony.

A giant in distress

On the second day of the collaring operation the team located and darted a lone elephant bull in the southern section of the park. Lone males are known as explorers and roam vast distances during their lifetimes, so this elephant will provide a lot of information. After darting the animal from a helicopter, it was discovered that he had a massive head wound that needed urgent attention. “The wound penetrated the upper part of the skull causing a severe infection. We also found multiple bone fragments in the wound cavity that, if left untreated, would only get worse. The lesion was cleaned, disinfected and antibiotics were administered and when we treated the bull a second time, two weeks later, it was healing very well,” says Joao.

During the second half of the operation, a bull was also collared in Banhine National Park. “Banhine is still in the early stages of development and collecting information here is incredibly valuable. This is the first-ever elephant to be collared in this park and we are grateful for the opportunity, as the data collected from this animal will provide insight that will assist stakeholders to engage on land-use planning for the spaces in and around Banhine, which will benefit both communities and the natural environment,” says Antony.

The elephant collaring operation was hugely successful, not only in deploying the sensors on the animals which will provide information, but also in saving the life of an animal that might not have lived otherwise. “This would not have been possible without the support of Mozambique’s National Administration of Conservation Areas (ANAC) and Peace Parks Foundation, as well as the dedicated ranger forces of both parks. Our sincerest appreciation also goes to the dedicated donors whose support makes our work possible,” concludes Joao. Peace Parks deeply values the expertise and assistance offered by organisations such as Saving the Survivors, as they play an important role in keeping wildlife healthy throughout the areas in which the foundation operates. Healthy wildlife is the cornerstone of balanced ecosystems keeping our planet alive for future generations. 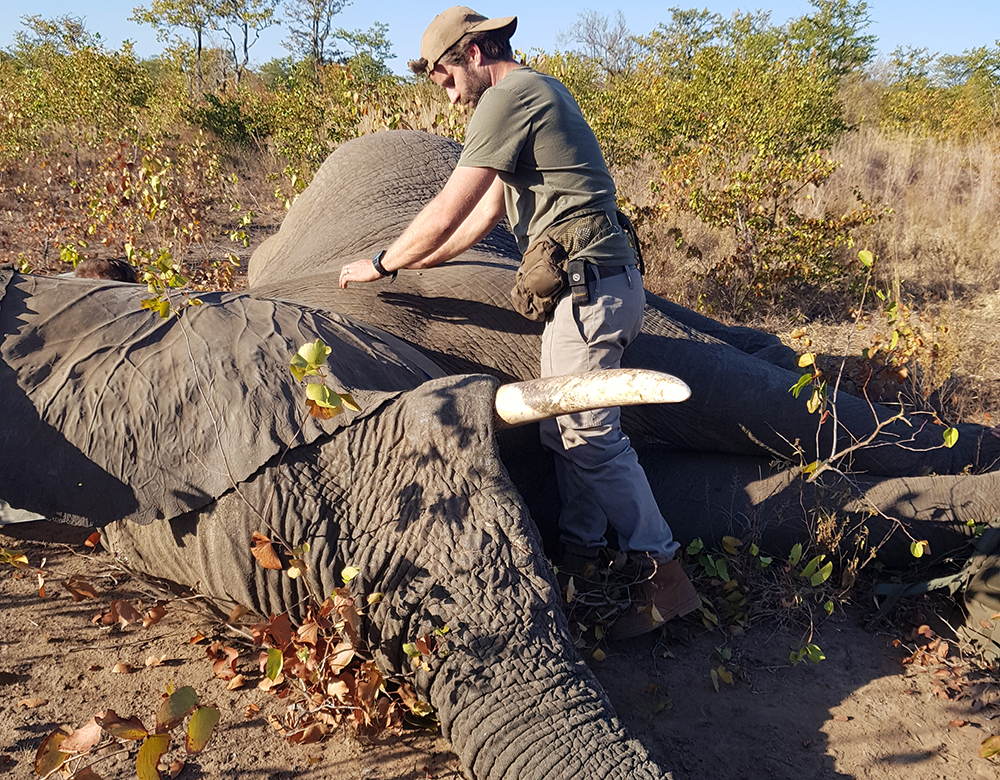 Our work in Mozambique

Peace Parks Foundation has a long-standing relationship with the Government of Mozambique with co-management and co-funding agreements in place for several parks, including Limpopo, Banhine and Zinave national parks, as well as Maputo Special Reserve and Ponta do Ouro Partial Marine Reserve. The partnership focuses on the various programmes, such as upgrading or establishing key infrastructures, voluntary resettlement, community support, tourism development, capacitating administrative functions and the protection of natural resources. Peace Parks remains deeply grateful to its kind and generous donors who make all of this possible.