Charles And Lumpy Lead The Way To Zivane 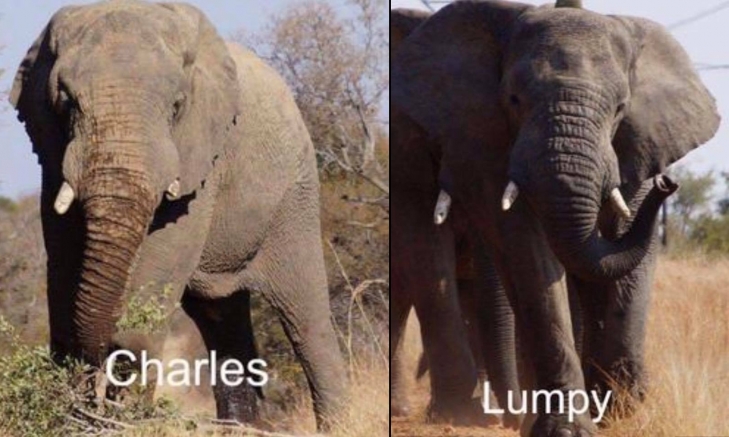 The two elephant bulls, Charles and Lumpy, were translocated from Dinokeng Game Reserve in Gauteng – their home for the past twenty years. Tiny Tim and Hot Stuff – also elephant bulls – will follow hot on their heels.
The translocation was made possible through Elephants, Rhinos & People (ERP) and Conservation Solutions, with support from Peace Parks Foundation, Mozambique’s National Administration of Conservation Areas (ANAC) and the Department of Environmental Affairs, South Africa.

Although much beloved at Dinokeng, the game reserve proved too small for these four giants. In search of larger habitat and habitually also alternative water sources, the four often broke through the reserve fences, putting their own survival in jeopardy.

Covering some 408 000 ha, with plenty of food and water and an existing presence of elephants, Zinave National Park provides a perfect new home for these animals. In addition the park area has low human population density and virtually no agricultural land, minimizing the potential of any human-elephant conflict.

Initially the four will be settled in a 6 000ha electrically fenced sanctuary that will be increased to 18 000 ha within the next 3 months. The sanctuary is located within the core section of the much larger conservation area and has excellent habitat for elephant with plenty food and a number of watering points. They will soon be joined here by 50 elephants in family herds donated by Ezemvelo KwaZulu-Natal Wildlife from iThala and Mkhuzi.

The elephant bulls have been collared and their welfare will be monitored for a period by Dinokeng staff who are familiar with their temperament and movements. As soon as they can confirm that the elephants have settled, the monitoring will be taken over by Zinave park management.

The elephant translocations form part of a broader 3-year strategy to rewild Zinave. The development of this National Park as an integral component of Great Limpopo Transfrontier Conservation Area (TFCA), was initiated by the government of Mozambique and gained momentum with the signing of a renewable 10-year co-management agreement between ANAC and PPF in September 2015