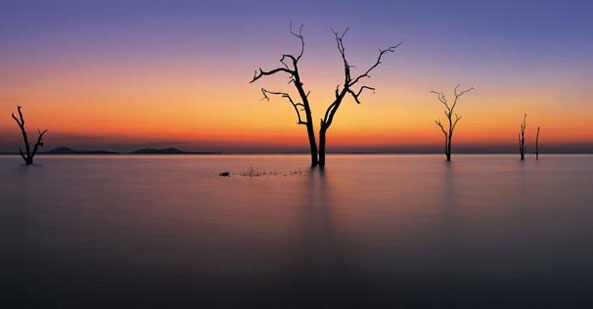 It has been another eventful and exciting year, where much has been achieved thanks to the generosity and support of donors, colleagues, friends and staff.

The Dutch and Swedish postcode lotteries maintained their unwavering support of Peace Parks Foundation’s work and we are grateful to them and to the very many other donors who continue to fund transfrontier conservation development, thereby supporting biodiversity conservation and sustainable economic development.

The highlight of 2015 was the respective presidents signing of the treaty establishing Malawi-Zambia Transfrontier Conservation Area (TFCA). Significant funding has been secured for this TFCA and we look forward to further assisting the two countries with its development. Further south, another milestone was achieved when an agreement was signed between the Mozambican National Agency for Conservation Areas and Peace Parks Foundation to jointly develop Zinave National Park as an integral component of the Great Limpopo TFCA.

The region’s TFCAs have their origin in an ambition to enable the communities living adjacent to these areas to benefit by way of sustainable livelihoods, such as ecotourism. While that is still a goal entrenched in the tourism plans of the various TFCAs, it has also become clear that much more needs to be done, and in a more holistic way, to better the lives of these communities. This year therefore saw community development becoming a separate focus area, with the necessary resources devoted to its execution. We have been very pleased with the work already undertaken in the KAZA and Lubombo TFCAs and we look forward to extending the scope of the support and widening it to other TFCAs. Enhancing the livelihood of the ‡Khomani San community, living on the periphery of Kgalagadi Transfrontier Park, Erin Tented Camp was opened this year. It consists of six safari tents with wooden decks, ablution blocks and a central kitchen. It provides tourists with an alternative to the campsites and traditional bush camp.

A 2015 UNWTO briefing paper, Towards Measuring the Economic Value of Wildlife Watching Tourism in Africa, states that wildlife watching represents 80% of the total annual sales of trips to Africa, with wildlife-based ecotourism generating an estimated $34.2 billion in tourist spending in 2013 and with numbers predicted to more than double during the upcoming decade. Peace Parks Foundation has been supporting the reintroduc-tion of wildlife to areas where they have been depleted because of civil wars, since 2001, when the first elephant were translocated from Kruger to Limpopo National Park in Great Limpopo Transfrontier Park. This year, more wildlife were translocated to Maputo Special Reserve in Lubombo, Simalaha Community Conservancy in KAZA and Richtersveld National Park in the /Ai/ Ais Richtersveld Transfrontier Park.

Tourism is increasingly seen as a driver of sustainable development. In this vein, a vibrant cross-border industry is developing in a number of the TFCAs, bringing much-needed income to the parks and to the local communities. /Ai-/Ais-Richtersveld now hosts two mountain bike tours per annum, as well as the Desert Kayak Trails throughout the year. In 2016, the Richtersveld Wildrun will become a cross-border trail running event, a challenging five days from South Africa to Namibia in the heart of the trans-frontier park. In Greater Mapungubwe TFCA, the 11th Nedbank Tour de Tuli saw 340 participants cycle across almost 300 km of pristine wilderness terrain in Botswana, South Africa and Zimbabwe. In all, the event has hosted over 2 700 cyclists and raised more than R14 million for Children in the Wilderness. In Great Limpopo TFCA, a successful third Pafuri Wilderness Trail was held and included an attendance of the Shangane festival in Zimbabwe. Further cross-border tourism products are currently being developed and all of them endeavour to include local communities.
Training
Contributing to both conservation and a developing tourism industry, are the two colleges that Peace Parks Foundation supports. The SA College for Tourism trained another 89 hospitality students and 16 trackers this year, all enhancing a tourist’s experience. The Southern African Wildlife College trained another 55 students in the Higher and Advanced Certificate Programmes in Nature Conservation and TFCA management and a total of 1 585 students, also in a variety of short courses, this year.

Many factors may influence tourism. The loss of wildlife, caused by poaching, is likely to significantly impact tourism development in Africa, with the subsequent reduction of the sustainable development opportunities linked to the sector. Under the banner of the Rhino Protection Programme, supported by the Dutch and Swedish postcode lotteries and other donors, the South African Department of Environmental Affairs, South African National Parks, Ezemvelo KZN Wildlife and Peace Parks Foundation have devoted much time and resources to combatting the scourge on all fronts. The programme encompasses protection at the source, which this year included ranger training and support, night-vision equipment, the launching of UAVs (drones) and of innovative rhino monitoring, rapid response and advanced security technologies, as well as supporting veterinary surgeons in their work on injured and orphaned rhino. To interrupt the value-chain, intelligence operations in Mozambique and South Africa are being supported, while an extensive demand reduction campaign was launched in Vietnam, in partnership with Wilderness Foundation. TRAFFIC’s demand reduction campaign in Vietnam is also being supported thanks to an agreement with WWF Netherlands and Peace Parks Foundation. To conserve the world’s most persecuted big cat, the leopard, Peace Parks Foundation and Panthera are working with local communities to reduce the threat to wild leopards by delivering approximately 18 000 furs made of fabric by 2017, in the Furs for Life project, supported by Cartier.

Thank you very much for your continued support. The personnel join me in wishing you and your loved ones a joyous festive season and a healthy and prosperous 2016

Education, Dedication And Commitment Are Key If Conservation In Africa Is To Succeed