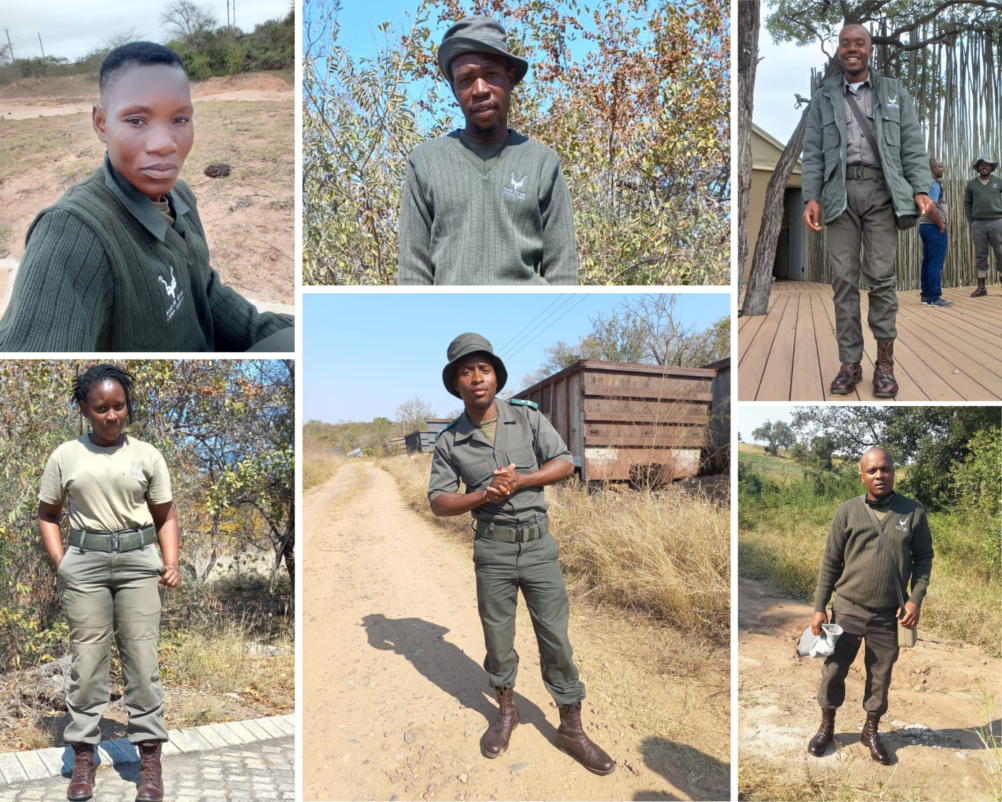 Keeping both people and wildlife safe.

It is a hot day. The sun sits high with not a cloud to be seen. The dry soil crunches underneath Hardlife Munyai’s boots. He stops to inspect the fence that separates the Kruger National Park from its most northern neighbouring community, the Bennde Mutale village and Hardlife’s home. The fence is damaged. From up ahead comes the sound of branches breaking, alerting Hardlife of something nearby. A giant elephant comes into view. Hardlife’s heart is pounding in his ears. At the age of 31, it is his first time seeing an elephant in real life. He is both afraid and in awe.

Hardlife is a Kruger National Park (KNP) Fence Environmental Monitor under the KNP’s Fence Stewardship programme. He is one of 74 Fence Environmental Monitors who patrol about 400 kilometres of the KNP and other adjacent protected areas’ western boundary fence line. These Monitors come from the Greater Kruger’s communities, where wildlife often has both a real and perceived negative impact on people’s lives. Primarily, they manage the integrity of the fence to help keep both people and wildlife safe. Large animals like elephants, flashfloods and people often damage fences, leaving easy access for wildlife into communities close by. This increases the risk of crop raiding, predation on livestock, damage to property and harm to people. Broken fences also allow grazing livestock to wander into protected areas where they are at risk of being killed by predators or coming in contact with buffalos that carry zoonotic diseases such as foot-and-mouth disease. The Monitors repair fences and assist communities in reporting any escaped wildlife or domestic animals inside the protected areas to the relevant management authorities, improving the response time to capture and return wild animals to or remove domestic animals from the protected areas. Additionally, they remove snares and report waste issues and invasive plant species along the fence line while collecting data to feed into planning and decision-making by park managers. 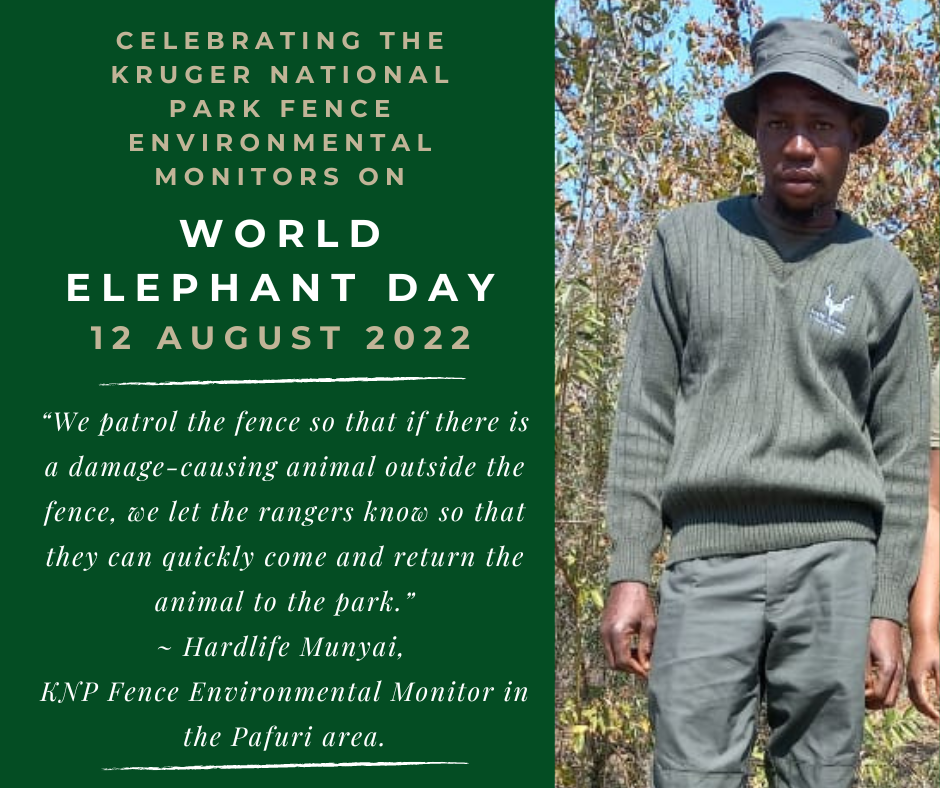 The Fence Stewardship programme has increased the number of feet, hands and eyes along the fence line, working to protect wildlife, people and their property and improve the relationship between people and nature.

Lazaro Sibiya, a Global Environmental Facility (GEF) 6 Stewardship Supervisor supporting the Monitors in the central region of the Greater Kruger.

The Monitors receive training to ensure they are equipped to perform their work effectively and safely, including dangerous game awareness, wildlife poisoning awareness, first aid, governance in conservation, and leadership skills. The training is provided through the GEF 6 programme in South Africa with the purpose of reducing the impact of illegal wildlife trade. The GEF 6 programme aims to build capacity in communities in the Greater Kruger to participate and contribute to reducing illegal wildlife trade, as well as improve the ability of scientific authorities and organisations in South Africa to monitor and assess wildlife trade effectively, and develop a ready-to-use permitting system for CITES-listed species. In the Greater Kruger, the GEF 6 programme aims to build community capacity is implemented by SANParks and Peace Parks Foundation through the Southern Africa Wildlife College (SAWC), with support from the Department of Forestry, Fisheries and the Environment (DFFE) as well as WWF South Africa’s Khetha programme funded by USAID.

“The work of these Monitors is diverse, ranging from fence fixing to invasive plant species monitoring, removing snares, and collecting data. Their work also takes place in a challenging environment where they could come in contact with dangerous animals and hostile community members. It requires an attitude of responsibility, discipline and teamwork. So, the training programme is designed to respond to both the capacity needs of the Monitors and what is expected of them, while considering the context in which they work,” says Sboniso Phakati, the RISE project lead at the SAWC. 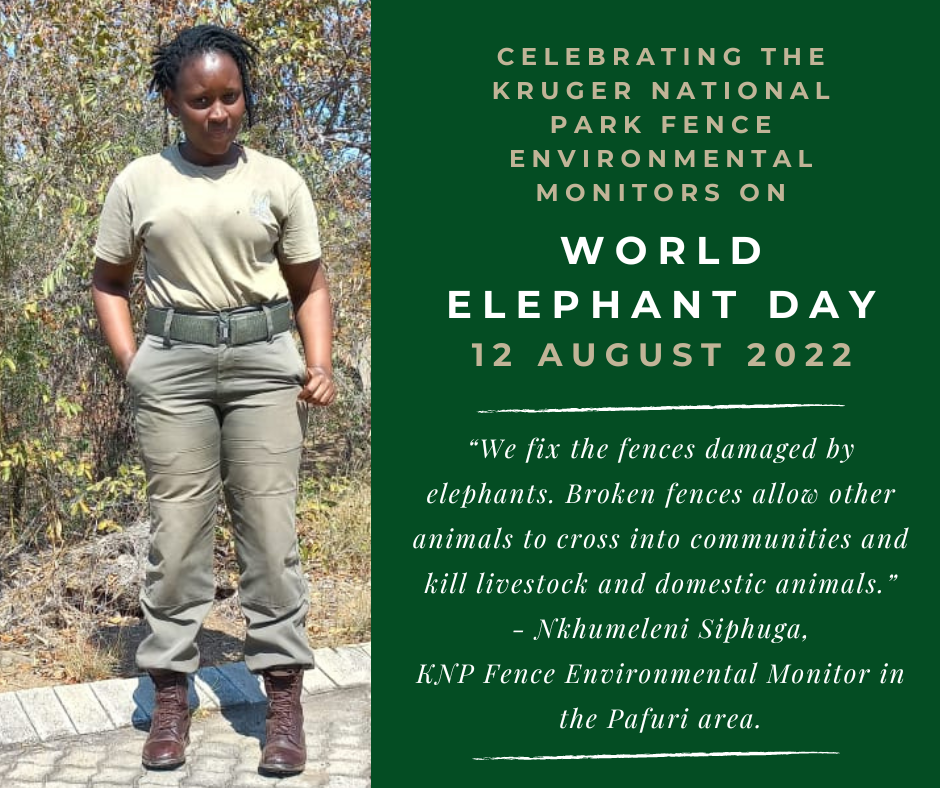 “We are extremely proud of the Monitors and their dedication despite the challenging nature of their work, which includes exposure to the natural elements, encounters with wildlife and illegal trespassers and associated conflict and intimidation. They require and deserve our continued support and recognition, ” says Linda Hlengwa, GEF 6 Coordinator for SANParks.