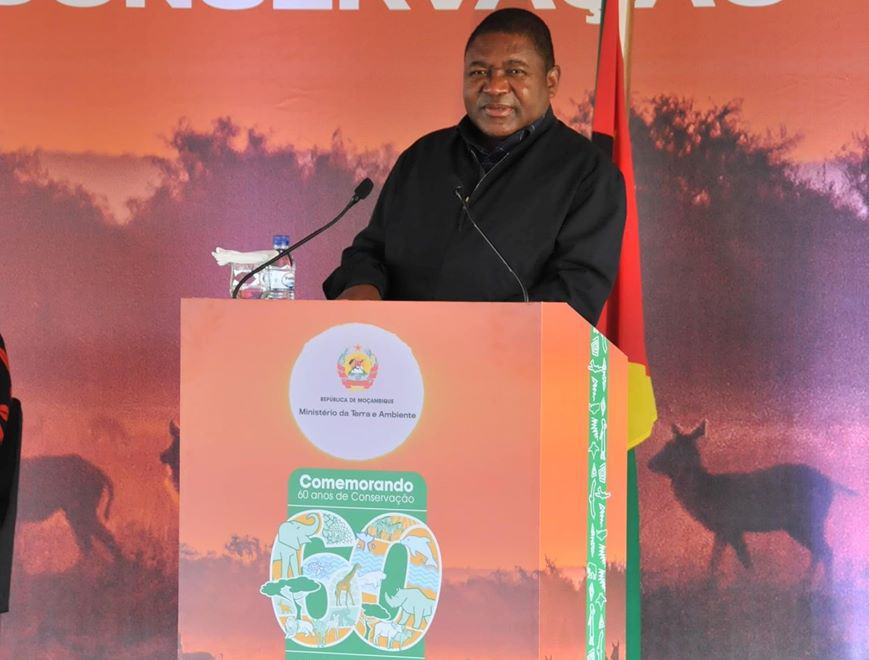 Mozambique had much to celebrate last week as Maputo Special Reserve commemorated 60 years of existence. The milestone was marked on 23 July with a ceremony led by His Excellency, President Filipe Jacinto Nyusi. This event also recognised six decades of conservation for the country’s Marromeu National Reserve and Gorongosa National Park.

President Nyusi called on all sectors of society to take collective responsibility for the protection of the environment. According to the Mozambican Head of State, this responsibility must be manifested in the attitudes towards policies regarding the land, forests, wildlife and tourism that seek to promote a balance between economic interests and the preservation of a sustainable future for future generations.

“The government is always at the forefront of initiatives that drive the conservation of biodiversity, promoting partnerships that bring added value not only for the protection of critical ecosystems, but also for the integration of the communities in the management of the natural resources,” said President Nyusi.

The President acknowledged with appreciation the involvement of various partners, such as  MozBio, BioFund and Peace Parks Foundation, who have enabled the restoration of ecosystems, enhancement of law enforcement, and reintroduction of 4,922 animals in Maputo Special Reserve over the last five years.

Werner Myburgh, CEO of Peace Parks, offered a special message of congratulations: “We have been working with the Mozambique government to restore the country’s protected areas for almost two decades, and few things have made me so proud as what has been accomplished in Maputo Special Reserve. Its transformation is due to the culmination of committed conservationists, a dedicated government and the people of Mozambique who have taken ownership of this remarkable landscape. Witnessing this reserve and other protected areas in which we work thrive, has been one of the highlights of my career. Congratulations Mozambique – what has been achieved here is restoring a brighter tomorrow, not only for Africa but on a global scale, as humanity cannot survive without healthy and balanced ecosystems. May we continue together on this journey of restoration for many years to come.”

Peace Parks has been a partner of the Mozambican Government since 2001, providing technical and financial support for conservation and tourism development activities in Maputo Special and Ponta do Ouro Partial Marine reserves, as well as Banhine, Limpopo and Zinave national parks.

Fellowship of the clan